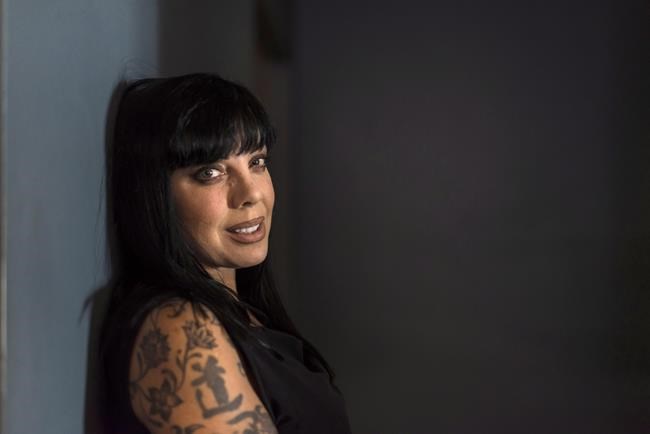 TORONTO — Bif Naked is going before the cameras in a new documentary on her life and career from the co-director of "The Corporation."

The Canadian alt-punk rocker, who's known for hits "Spaceman" and "I Love Myself Today," has signed on for "Bif Naked: One of a Kind," which will air on Super Channel as part of its original selections in early 2024.

Producers say the film will explore the hurdles faced by the musician, born Beth Torbert, who was orphaned in New Delhi before she moved to Canada.

Director Jennifer Abbott, whose previous films include the 2003 capitalism study "The Corporation" and its 2020 sequel, will lead the project.

Abbott described herself in the announcement as "a fan" who decades ago was drawn to the singer's "booming voice, fierce spirit and determination to chart her own course."

The musician previously opened up about her past in the 2016 autobiography "I Bificus," which explored her experiences with misogyny and drugs in the music scene, dealing with sexual assault and surviving breast cancer and various other health issues.

This report by The Canadian Press was first published June 10, 2022.