Beijing may have tried to discourage Canadians from voting Conservative: federal unit 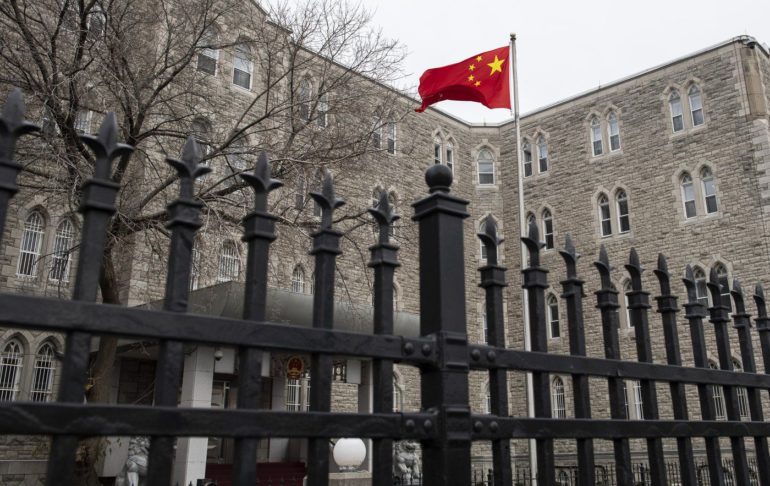 A federal research unit detected what might be a Chinese Communist Party information operation that aimed to discourage Canadians of Chinese heritage from voting for the Conservatives in the last federal election.

The report, obtained by The Canadian Press through the Access to Information Act, was prepared just a week before Canadians went to the polls.

Justin Trudeau’s Liberals emerged from the Sept. 20 national ballot with a renewed minority mandate, while the Conservatives, led by Erin O’Toole, formed the official Opposition.

O’Toole, who is no longer leader, claimed on a podcast recorded this month that the Conservatives lost eight or nine seats to foreign interference from China.

Its work supports the G7 RRM, an initiative to strengthen co-ordination to identify and respond to threats to the major industrial democracies.

The analysis of messaging about the Conservative party was part of RRM Canada’s effort to monitor the digital information environment for signs of foreign state-sponsored information manipulation in the general election.

Conservative MP Michael Chong, the party’s foreign affairs critic, said in an interview the analysis is “another piece of evidence that the Communist leadership in Beijing interfered in the last general election by spreading disinformation.”

The analysts first noticed the narrative about the Conservatives in two articles published Sept. 8 by the Global Times, a state-owned media tabloid.

RRM Canada believes the Global Times coverage was prompted by a story in the Ottawa-based Hill Times newspaper that examined Canadian parties’ positions on Canada-China relations. The analysis says it is likely that the Global Times was the first Chinese publication to pick up on the Ottawa publication’s content, with its two articles getting over 100,000 page views apiece.

Several popular Canada-focused WeChat news accounts began engaging with the Global Times narrative on Sept. 9, copying the content and form without crediting the publication, “obscuring the narrative’s point of origin,” the analysts found.

Accounts also added commentary about the Tories to the articles, such as “Chinese are frightened by the platform,” and questioned whether “Chinese compatriots should support the Conservatives if they use this rhetoric.”

“Unless otherwise credited, WeChat users would not know that the narrative about the Conservatives and O’Toole originated from the Global Times and would assume the articles were original reporting from the Canadian WeChat accounts.”

Many WeChat news accounts that serve Canadians are registered to people in China and despite being well-established news sources, “some may have unclear links” to Chinese Communist Party media groups, the analysis says.

The researchers were “unable to determine whether there is co-ordination between the CCP media that originally promoted the narrative and the popular WeChat news accounts that service Chinese-speaking Canadians that are now amplifying the narrative,” the Sept. 13 analysis cautions.

“RRM Canada is also unable to determine whether there was inauthentic activity that boosted user engagement with the narrative as Chinese social media platforms are completely non-transparent.”

However, Communist Party media accounts on Douyin, the Chinese version of TikTok, published videos that repeated a Sept. 8 Global Times headline, the analysis says. For instance, the Douyin account of Xinhua, China’s state press agency, shared a video saying the Conservative platform mentions China “31 times” and that an “expert” says the party “almost wants to break diplomatic relations with China.”

The Chinese Embassy in Ottawa did not respond to a request for comment on the RRM Canada analysis.

Among the Conservative platform planks in the election campaign were promises to stand up to Beijing on human rights issues, diversify supply chains to move them away from China, adopt a presumption against allowing Beijing’s state-owned entities to take over Canadian companies, and work toward less global reliance on critical minerals from China.

Chong says it’s clear that proxies were spreading disinformation on behalf of Beijing in the federal election.

“It’s hard to measure whether that was the reason for the loss of some Conservative MPs. But I think we can safely say that it was a contributing factor.”

If Beijing comes to the same conclusion, China “may very well be emboldened to do something much bigger in a future federal election, undermining our democratic process,” Chong said.

Under a federal protocol, there would be a public announcement if a panel of senior bureaucrats determined that an incident — or an accumulation of incidents — threatened Canada’s ability to have a free and fair election. There was no such announcement last year.

At a House of Commons committee meeting early this month, Bill Blair, public safety minister during the election campaign, said while “we’ve all heard anecdotes and various opinions,” he had not directly received “any information from our intelligence services” that provided evidence of foreign interference in the campaign.

Deputy minister Rob Stewart told the meeting there were, “as you would expect,” activities on social media that would constitute disinformation and attempts to influence votes. “There was no threat to the overall integrity of the election.”

The Canadian Election Misinformation Project, which brought together several academic researchers, found Chinese officials and state media commented on the election with an apparent aim to convince Canadians of Chinese origin to vote against the Conservative party in 2021.

“Misleading information and information critical of certain candidates circulated on Chinese-language social media platforms. However, we find no evidence that Chinese interference had a significant impact on the overall election.”

The Conservatives “could have done a better job” of countering such messaging, Chong said. “Clearly we didn’t, and that’s a lesson learned.”

Even so, the federal government needs to actively counter foreign disinformation between election campaigns, Chong said. During campaigns, the government should make analyses from the Rapid Response Mechanism immediately available to inform the public, he added.

Fen Hampson, a professor of international affairs at Carleton University who closely watches China, agrees that more transparency would be beneficial.

He argues for broadening the analytical process, perhaps through creation of a centre that includes non-governmental players, gathers information from various sources and regularly publishes reports about apparent foreign interference.

“That takes it out of the domestic political arena, which is always going to be highly charged.”

This report by The Canadian Press was first published June 23, 2022.