Canada needs to step up its food aid to poor countries 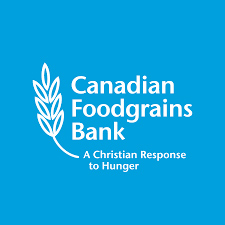 Canada does contribute through an international treaty called the Food Assistance Convention but its minimum commitment is the same now as it was nine years ago while the U.S. and E.U. have contributed 30 to 40 per cent more than their commitments, he told the Commons agriculture committee.

The drop in the value of the loonie “and the rise in food prices mean that the money feeds only half as many people. Canada should bump up food assistance.”

While Canada usually gives higher than the commitment, “there’s nothing to stop a future government from dropping down to that minimum level,” he said. Canada should peg its minimum closer to what it is currently giving.

“Then, if food prices go up, Canada’s commitment goes up as well, and we can continue to feed just as many people.”

CFB has worked in about a dozen African countries helping close to 100,000 farmers. “We find that it’s a knowledge-intensive approach that doesn’t require them to purchase a lot more inputs. Once they’ve learned it, then they can keep practicing it year to year.

“It often spreads to neighbours—what we call spontaneous adoption. People who were not even in touch with our extension agents are now picking up these techniques and passing them on.” The farmers report significant yield increases from this approach over a period of only a few years.

“Intercropping between maize and legumes helps them both. There are a variety of techniques that are knowledge intensive rather than input intensive, which can dramatically increase yields beyond that one or two tonnes per hectare and much higher than that.”

Canada should also focus more on agriculture and food security in its aid program helping developing countries become less dependent on imports. From CFB’s experience, “these small-scale farmers can significantly increase production. In fact, most smallholders can expect at least a doubling of yields in only a few years. That’s more tonnes of grain grown in Africa. It’s also better livelihoods for poor families, and it’s improved climate resilience.”

One of the biggest problems is that many developing countries have been relying on food imports instead of building up their own agriculture. An example of this is that across Africa, the average yield of corn is only one to two tonnes per hectare. Compare that with 10 tonnes per hectare in Canada. “There are lots of opportunities to increase yields and to increase productivity in developing countries, but the investment has not been there.”

After the 2008 food crisis, the G7 and other countries agreed “to invest billions of dollars in food security in developing countries to address what they referred to as a decades-long lack of investment. Canada doubled its aid for agriculture at that time.

“Unfortunately, that priority lasted only three years. By 2013 the aid dollars had dropped back down to their pre-crisis levels. In developing countries, the crop yields remained low, livestock diseases took a toll, and the brightest young people saw their future anywhere except on the farm.”