It is a monumental anniversary to celebrate today on Art’s History as our national anthem, O Canada, debuted on this date in 1880, in Quebec. The Department of Canadian Heritage has placed on-line a detailed history of O Canada.

“The first performance took place on June 24, 1880, at a banquet in the Pavillon des Patineurs, in the City of Québec,” reports the official Government of Canada website. “It was a highlight in the “Mosaïque sur des airs populaires canadiens”, arranged by a prominent composer and bandmaster, Joseph Vézina.”

“Although this first rendition of “O Canada” – with Routhier’s French words – was well received, it does not seem to have made a lasting impression,” the report continues. “Arthur Lavigne, a Quebec musician and music dealer, published it without copyright but there was no rush to reprint. Lavallée’s obituary in 1891 does not mention it among his accomplishments, nor does a biography of Judge Routhier published in 1898.”

“English Canada probably first heard “O Canada” when schoolchildren sang it for the Duke and Duchess of Cornwall (later King George V and Queen Mary) when they toured Canada in 1901. Five years later, the Toronto company Whaley and Royce published the music with the French text and a translation into English by Dr. Thomas Bedford Richardson. Around this time, the Mendelssohn Choir used Richardson’s lyrics in one of their performances, and Judge Routhier and the French press complimented the author.” 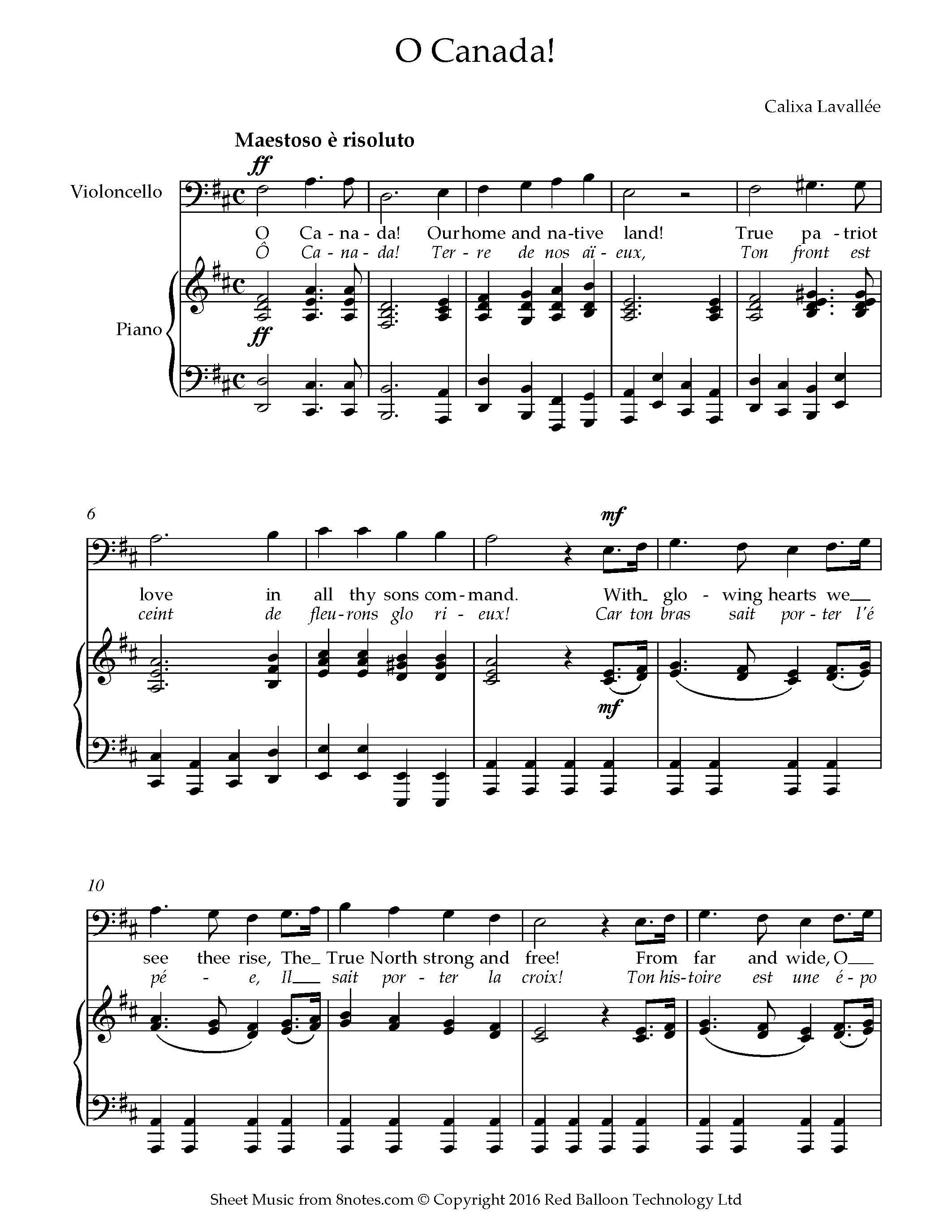