Today on Art’s History we pause to honour two of our underrated Prime Ministers, Sir Robert Borden and R.B. Bennett.

First, the happy anniversary. It is, of course, Sir Robert’s birthday so I know all my readers will join me in sending him birthday greetings as he celebrates his big day in the great House of Commons in the sky.

And on a sadder note, it was also on this date that R.B. Bennett died at his British home, Juniper Hill. As always when marking Bennett anniversaries, I once again call for a statue in his honour to be raised on Parliament Hill. It is shameful that governments of all stripes continue their refusal to give R.B. his due. 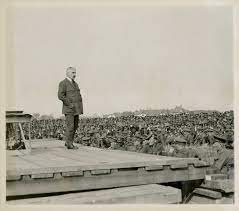