Don’t dismiss the influence of the “radically normal” 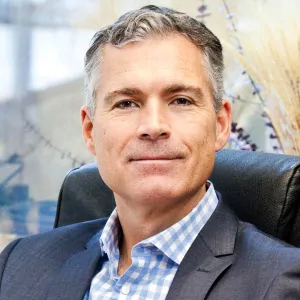 Jenni Byrne, the political strategist, former advisor to Stephen Harper, former Principal Secretary to Doug Ford, former girlfriend of Pierre Poilievre (according to her Wikipedia profile), and now one of the advisors helping him become Canada’s next PM, once referred to Maxime Bernier’s supporters as “radically normal” folks on Amanda Galbraith’s Political Traction podcast.

As a marketer working with target profiles and psychographic segmentations, I found the label most revealing of an influential population group. But also of what Pierre Poilievre’s campaign is really about. It’s tempting to dismiss supporters of the People Party of Canada’s and many who show up at Pierre Poilievre’s rallies as what Hilary Clinton famously called a “basket of deplorables”. I suspect Ms. Byrne, who appears to accurately read the zeitgeist and the electorate on the ground through door-knocking more than through polls, has figured out that “the movement” for a “New Conservative Party of Canada” is fueled by many more radically normal people than those who soaked in a hot tub on Wellington Street during the Freedom Convoy occupation.

Poilievre’s claim that he’ll make Canada the freest country on earth if he’s elected PM might sound like an opportunistic repurposing of the convoy’s motto. It’s not. The rhetoric about ‘freedom’ runs much deeper. Poilievre once said ‘control is something people fight over, freedom is something you fight for,’ and that ‘there’s only so much control to go around.’

In her profile for Maclean’s, Shannon Proudfout writes about Poilievre participating in an “As Prime Minister” essay contest while in university. Titled “Building Canada through freedom”, it outlined the views he’d be running on 20 years later. “Although we Canadians seldom recognize it, the most important guardian of our living standards is freedom”. He added, “The freedom to earn a living and share the fruits of our labour with loved ones, the freedom to build personal prosperity through risk taking and a strong work ethic, the freedom of thought and speech, the freedom to make personal choices, and the collective freedom of citizens to govern their own affairs democratically.”

When you see how the candidate leverages social media to connect with the radically normals’ frustration with being asked to wait, and their beliefs that gatekeepers, the elites, and Justinflation are taking away their freedoms, you get the impression that the campaign is unstoppable if it can figure out the balancing act Erin O’Toole couldn’t.

I suspect Byrne and her colleagues have a plan for that having watched how O’Toole fatally pivoted after appealing to the party’s base. On another podcast, David Herle’s Herly Burly, she again talked about the PPC’s appeal. “Erin’s style and campaign – he’s hugging the Liberals. There’s not a lot of contrast between Erin and Trudeau.” She added “If you’re someone looking for something different. The people’s party offers that option”. It sounds like Poilievre’s team is calculating that expanding the base isn’t about moving it closer to the center. It’s about bringing back Maxime Bernier’s supporters and building a movement comprised of anyone fed-up with Justin Trudeau and with a government that gets in the way of their freedom to live and conduct business as they wish.

His opponents and detractors might be tempted to laugh at his latest social video about camping as just another stunt. I wouldn’t. I suspect Skippy and his team are onto something bigger than it appears.

Éric Blais is the president of Headspace Marketing in Toronto. He has helped build brands for over 35 years and is a frequent commentator on political marketing, most recently on CBC’s Power & Politics.
The views, opinions and analyses expressed in the articles on National Newswatch are those of the contributor(s) and do not necessarily reflect the views or opinions of the publishers.
Click here for more political news headlines
Tweets by @natnewswatch