The Right Honourable Arthur Meighen assumed office on this date in 1926 after Mackenzie King, in an unprecedented and (thankfully) never replicated move by a Prime Minister, resigned as PM and left the Crown with no government. With no Prime Minister to advise him, Governor General Lord Byng invited Meighen, who had previously served as PM in 1920-21, to form a government which soon lost a non-confidence vote in the Commons. These events were parts of the concluding chapter known today as the King-Byng Crisis.

In the ensuing election King would, in effect run his campaign against the Governor General, not Meighen and his Tories. This, too, was an unprecedented move by King given that the GG, as the Crown’s representative, could not fight back.

In the end, Meighen’s second time in the PM’s chair would be over just a few months later when King and his Liberals defeated the Tories.  In that election, however, Meighen’s Conservatives won 45 per cent of the popular vote, compared to the Liberals’ 43 per cent support.  Despite coming second in the popular vote King’s Liberals added 16 seats while Meighen’s Tories lost 24 seats, flipping power in the Commons to the Liberals and making King PM once again.

You can read Meighen’s case for re-election in 1926 in this column he wrote for Maclean’s as the campaign raged. 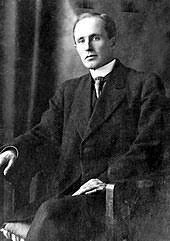