As always on Art’s History, we paused to mark the birthdays of each and everyone of our 23 Prime Ministers since 1867. And today, of course, is the Warhorse of Cumberland Country Nova Scotia, Sir Charles Tupper’s big day.

A larger-than-life political figure and partisan, he is still the only medical doctor to have served as Canada’s Prime Minister. In all my years studying our PMs, I have never read a better description of Dr. Tupper than the one written for a children’s book – Sir Charles Tupper: The Bully who Battled for Canada – authored by Johanna Bertin.

“Though disliked by the aristocracy for his rough manner and clever ways of getting rich,” Bertin writes, “Charles was loved for the humanitarian, caring doctor that he was. He could amputate, negotiate, and debate with equal skill.” 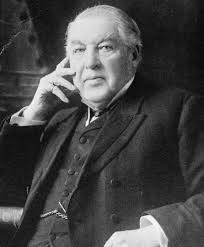