Today, as always on Art’s History, we pause to mark the birthday of one of our Prime Ministers. Today it is R.B. Bennett’s turn; the pride of New Brunswick was born on this date in 1870. He has been treated unfairly by history for many decades but the tide is turning as historians are slowly recognizing his greatness.

It was also on this date, in 1921, that Prime Minister Arthur Meighen, while on an official visit to the UK and France, dedicated the Cross of Sacrifice at Vimy Ridge.  His speech delivered there honouring Canada’s soldiers who had given their lives to take that little hill in battle, is one for the ages. “Above them are being planted the maples of Canada,” he said, “in the thought that her sons will rest the better in shade of trees they knew so well in life. Across the leagues of the Atlantic the heartstrings of our Canadian nation will reach through all time to these graves in France; we shall never let pass away the spirit bequeathed to us by those who fell; ‘their name liveth for evermore.’” 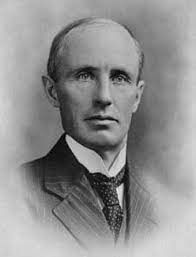 You can read Prime Minister Meighen’s entire address below.

The Right Honourable Prime Minister Meighen: The Great War is past; the war that tried through and through every quality and mystery of the human mind and the might of the human spirit; the war that closed, we hope forever, the long, ghastly story of the arbitrament of men’s differences by force; the last clash and crash of earth’s millions is over now. There can be heard only sporadic conflicts, the moan of prostrate nations, the cries of the bereaved and desolate, the struggling of exhausted peoples to rise and stand and move onward. We live among the ruins and echoes of Armageddon. Its shadow is receding slowly backward into history.

At this time, the proper occupation of the living is, first, to honour our heroic dead; next, to repair the havoc, human and material, which surrounds us; and, lastly, to learn aright and apply with courage the lessons of the war.

Here in the heart of Europe, we meet to unveil a memorial to our country’s dead. In earth which has resounded to the drums and tramplings of many conquests, they rest in the quiet of God’s acre with the brave of all the world. At death, they sheathed in their hearts the sword of devotion, and now from oft-stricken fields they hold aloft its cross of sacrifice, mutely beckoning those who would share their immortality. No words can add to their fame, nor so long as gratitude holds a place in men’s hearts can our forgetfulness be suffered to detract from their renown. For as the war dwarfed by its magnitude all contests of the past, so the wonder of human resource, the splendour of human heroism, reached a height never witnessed before.

Ours we thought prosaic days, when great causes of earlier times had lost their inspiration, leaving for attainment those things which demanded only the petty passing inconveniences of the hour, and yet the nobility of manhood had but to hear again the summons of duty and honour to make response which shook the world. Danger to the treasury of common things, for when challenged these are the most sacred of all, danger to them ever stirred our fathers to action, and it has not lost its appeal to their sons.

France lives and France is free, and Canada is the nobler for her sacrifice to help free France to live. In many hundreds of plots throughout these hills and valleys, all the way from Flanders to Picardy, lie fifty thousand of our dead. Their resting places have been dedicated to their memory forever by the kindly grateful heart of France, and will be tended and cared for by us in the measure of the love we bear them. Above them are being planted the maples of Canada, in the thought that her sons will rest the better in shade of trees they knew so well in life. Across the leagues of the Atlantic the heartstrings of our Canadian nation will reach through all time to these graves in France; we shall never let pass away the spirit bequeathed to us by those who fell; “their name liveth for evermore.”