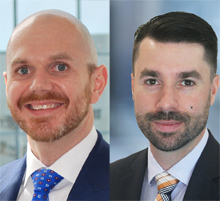 Failure results in low-growth – perhaps so low that a country could find itself with the lowest per capital GDP growth prospects among the OECD (sound familiar, Canada?).

Yes, we know the headline says “regulatory” in it. But we urge you to not hit the skip button.

The fact is far too many Canadians – both in and outside of government – would rather hit the snooze button when this topic comes up, than face the fact that Canada’s regulatory environment is a major hindrance to real economic growth. Even fewer still have any interest in dealing with this.

As the pace of change facing Canadian businesses accelerates, companies must be agile and adapt to remain competitive. The right policy environment sets industry up to succeed in this rapidly changing context and generate long-term economic growth. Making Canada an attractive destination for business investment that supports economic growth requires getting the fundamentals right and maintaining a predictable regulatory environment.

The flip side is burdensome, ever-changing regulations that act like a wet blanket for private investment. The result is low growth – perhaps so low that a country could find itself with the lowest per capital GDP growth prospects among the OECD (sound familiar, Canada?). Such low growth results in deteriorating public finances and programs, as well as seeing our quality of life slip down.

Canada, at 0.8% of potential GDP growth per capita, ranks at the bottom in this OECD long-term projection to 2060. Source.

During this period of rising costs, often the cost of input fluctuations are due to market forces. But on the other hand is the regulatory burden that imposes a significant cost on businesses, and in turn, on all Canadians. This regulatory cost is within the government’s control. Inefficient regulations then makes Canadian business less competitive and it prevents small business owners from focussing on their operations and innovations, as they spend time trying to jump through government hoops.

As part of this agenda, the government should look at four priority areas, including accelerating its modernization plan, adding an economic and competitive lens mandate for federal regulators, regulatory alignment across jurisdictions, and regulatory certainty.

Modernizing Canada’s regulatory system requires a sustained whole-of-government approach that coordinates action across all departments and provides ongoing mechanisms for research and analysis of innovative and pragmatic approaches.

A concerted federal effort to modernize Canada’s regulatory framework can improve environmental, social and economic protections while increasing investment, growth and the number of jobs for Canadians. By delaying the needed modernization of our regulatory system, Canada risks losing the next generation of talent and innovation to competing nations, that aren’t messing around here.

Secondly, the federal government must implement an economic mandate to federal regulators.

Too often regulators do not give sufficient considerations to economic and business impacts of the rules they’re drafting. To remain competitive, this cannot continue. The government must adopt an economic and competitiveness mandates for regulators to ensure ineffective red tape does not hinder growth for Canada’s economy.

It is imperative that regulators and businesses work together to share perspectives to develop optimal regulatory approaches. An economic mandate for regulators would add a new tool that will encourage manageable regulations that supports economic growth and take into account our competitiveness within the global marketplace.

Thirdly, the federal government must modernize individual regulatory frameworks in such a way to better align with other jurisdictions – both domestically and internationally.

Canadian regulators can benefit from the experience and learnings of international peers when the Canadian public interest can be achieved in a similar manner. When regulations are not aligned, we miss opportunities to harmonize the Canadian market with others, and to adopt smart, effective approaches that are deployed successfully elsewhere.

The government must actively work to improve collaboration and alignment to ensure Canadian businesses are not at a disadvantage in the global economy by domestic regulatory approaches that are disconnected from other jurisdictions. Where Canada intends to take a different approach from other jurisdictions, it must provide a compelling rationale for a Canada-specific approach. Moreover, Canada’s international trade obligations under numerous binding free trade agreements prohibit Canada from adopting regulations that present obstacles to trade in the absence of clear scientific justification.

Simply put, when regulations are more consistent between jurisdictions, Canadian companies are better able to trade both within Canada and beyond.

Unpredictable and burdensome regulations hold back entrepreneurial businesses, while sound and effective regulation can both protect the public interest and promote market success.

The government needs to focus on facilitating and safely removing unnecessary barriers to level-up Canada’s competitiveness with other jurisdictions. Business needs certainty to attract private investment.

The momentum of the status quo (not to mention the temptation of the skip button on articles about regulation…) is often used as a barrier to action, while not fully understanding the economic impact to Canada’s future success. Fixing Canada’s regulatory environment would help with creating real economic growth, without putting taxpayers on the hook for more government spending.

Robin Guy and Harrison Ruess are from the Canadian Chamber of Commerce. Guy is Senior Director, Transportation, Infrastructure, and Regulatory Policy. Ruess is Director of Campaigns.