How the Bank of Canada’s rate hike will impact mortgages, loans and spending 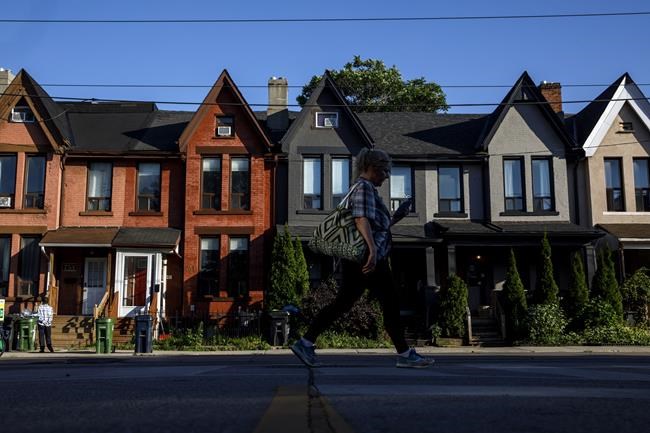 TORONTO — The Bank of Canada increased its key interest rate by one percentage point Wednesday in the largest hike the country has seen in 24 years.

The move indicates the central bank will take a more aggressive approach to tackling inflation, which sits at a 39-year high of 7.7 per cent and has made groceries, vacations and other purchases more pricey.

The hike to 2.5 per cent will also impact mortgages, loans and spending habits.

Commercial banks and other financial institutions usually raise or lower their mortgage rates in tandem with the Bank of Canada's interest rate hikes.

The rate hike means consumers should expect most variable rates to hit a range between 3.35 and four per cent, said mortgage agent Sung Lee, in a Ratesdotca release.

Leah Zlatkin, a licensed mortgage broker with Lowestrates.ca, said in a release that every $100,000 someone holds in a variable rate mortgage will result in about $55 more in costs per month.

Based on the Canadian Real Estate Association's average home price of $711,000 in May, a variable rate of 2.7 per cent will result in monthly mortgage payments of roughly $2,845. At 3.7 per cent, which she considers the best mortgage rate, those payments will total $3,168, an increase of $323 per month.

While people with variable mortgages will be affected, anyone whose mortgage rate is up for renewal will likely have "sticker shock" too, said Laurie Campbell, director of client financial wellness at advisement firm Bromwich + Smith.

"It's going to be a situation where a lot of people are going to be rethinking whether they can continue to afford that home," she said.

"We've seen 10 years leading up to this of continued housing increases and the housing market going astronomically insane. Now, it will level off no doubt with these interest increases."

During the COVID-19 pandemic, Campbell saw people tap into their home equity, so some have a traditional mortgage and second mortgage on their property. If there is a correction in the housing market, she fears they could end up owing more on their homes than the property is even worth.

People with variable rate lines of credit, personal loans or car loans are all impacted by interest rate hikes.

"A lot more of their money is going to be going to interest and they probably want to up their payment, if they can, to cover that and make sure they get out of that debt quickly," Campbell said.

That won't be an easy feat for some Canadians. Campbell said she has seen studies saying Canadians have more debt than ever before and for every dollar someone in the country makes they owe an average $1.86.

"Individuals are really going to have to buckle down and figure out how to manage all of this debt," Campbell said.

If you can't pay off your debt and your financial situation isn't set to improve, she recommends seeking help from a licensed insolvency trustee.

However, as pandemic-related restrictions ease, people are eager to venture out of their homes, gather and partake in favourite past times again.

"My guess is in the short term people will continue to spend because it is summer, people love to be outside and enjoy this time of year," Campbell said.

"However, I say that with caution. I think we're going to see increased debt levels and there will be a reckoning where people have to curb their spending because inflation is really killing us and really making it hard for us to make ends meet."