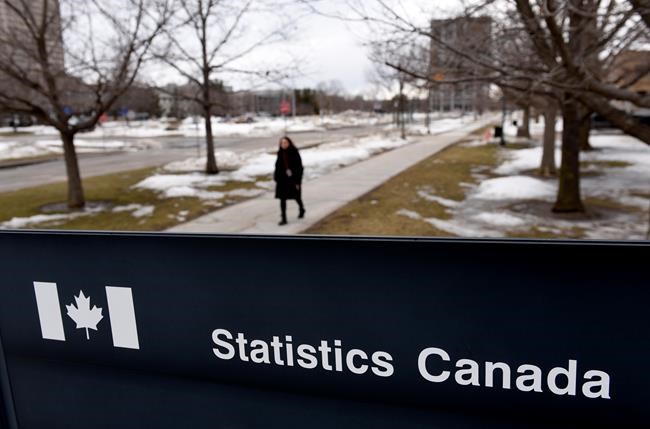 OTTAWA — Canada's economy appears to be backing away from the rapid jobs growth seen earlier this year, with July marking the second-straight month of job losses, even as the unemployment rate held steady.

The jobless rate stayed at 4.9 per cent in July, the lowest since comparable record-keeping began in 1976, Statistics Canada reported Friday in its latest labour force survey. The economy lost 31,000 jobs, following on a loss of 43,000 jobs in June.

Indeed senior economist Brendon Bernard said while the loss is still within the margin of error of the survey it nonetheless signals a shift.

"It looks like the employment recovery has shifted from the gas pedal going down strong to more neutral gear," said Bernard.

Despite the downtick in jobs, Canada’s labour market remains exceptionally tight, with more than one million job vacancies across the country. The unemployment rate is the lowest on record with comparable data going back to 1976.

Bernard said the unemployment rate remained unchanged from June despite the jobs loss because of a dip in the labour force participation rate.

The reports notes that the proportion of people who are working or actively looking for work has fallen from the historic high it reached in March 2022.

Statistics Canada's latest report says despite the ongoing labour shortage, there is no evidence of a rise in the proportion of people leaving or switching jobs.

Additionally, the labour participation rate for Canadians between the ages of 25 and 54 is relatively unchanged from where it was pre-pandemic.

CIBC senior economist Andrew Grantham noted that the job losses in July were concentrated in the services sector, including wholesale and retail, education and health in a email sent on Friday morning.

“With some of those sectors reporting high vacancy rates, labour supply rather than demand appears to be the main issue,” Grantham said.

Bernard said he's been expecting a stronger recovery of the accommodation sector after being hard hit by the pandemic, but the momentum hasn't materialized.

"I think part of the story is just that people have shifted to other sectors," Bernard said.

The Statistics Canada report also looked at the ongoing healthcare worker shortage, with a focus on nurses. According to Statistics Canada, more than one in five nurses worked paid overtime hours in July, the highest level since comparable data became available in 1997.

For comparison, about 10 per cent of all other employees worked overtime in July.

As Canada faced the seventh wave of COVID-19 infections, 11.2 per cent of nurses were off sick for at least part of the week when the labour force survey was conducted.

The Bank of Canada is paying close attention to employment levels in the country as it gears up to make its next key interest rate announcement in September, when it’s expected to raise interest rates once more.

While economic growth slows in the country as the central bank attempts to tame inflation with higher interest rates, economists have noted that the tight labour market makes the slowdown unique in its nature.

"Evidence that the economy is slowing due to weakening demand, rather than supply constraints, will bring a pause in this rate hike cycle following the next hike," Grantham said.

This report by The Canadian Press was first published Aug. 5, 2022.