Today in Canada’s Political History: PC Leader Brian Mulroney promises to bring Quebec into the Constitution with “honour and enthusiasm”

Only a month before his election with the largest majority victory in Canadian history, Brian Mulroney promised his fellow Quebecers that he would end their symbolic exclusion from Canada’s reformed constitution. “We are on the threshold of true national renewal,” he famously said in an election speech at Sept-Iles, Quebec. “Let us end the bias of confrontation with the bias of agreement. Let us open avenues to solutions instead of putting up obstacles. Let us listen in order to understand rather than condemn without hearing… To me, the Canadian federation is not a test of strength between different governments. Federal power is more than that of a policeman whose nightstick happens to be bigger than those of the others.” 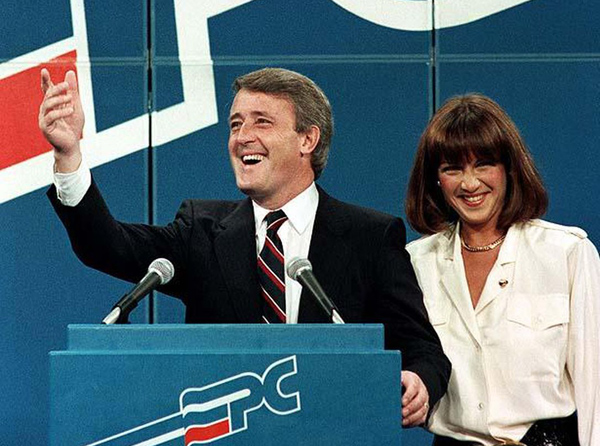 Later, in political retirement, Mulroney reflected on this speech in his best-selling Memoirs. He described the speech as a “seminal moment” in his career. “I announced to Quebecers that we (the Progressive Conservatives) had no interest in constitutional reform, Trudeau-style,” he wrote. “Instead, we would accomplish change through the laboratory that is the economy. And when conditions were ripe, and economic conditions improved, Quebec, as I said that day, would want to sign the Constitution of Canada with ‘honour and enthusiasm.’”