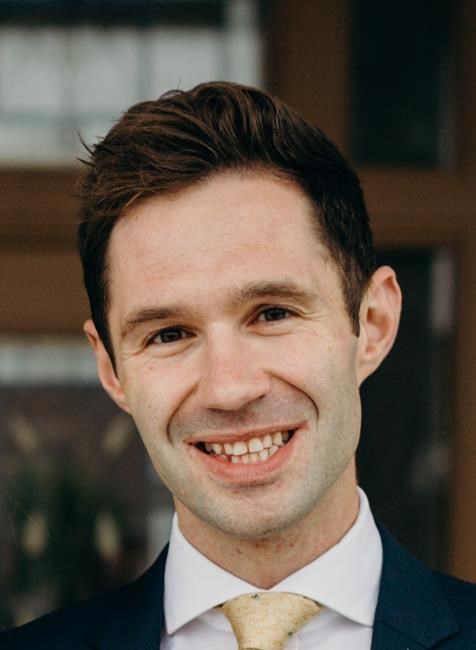 CALGARY — A new report says Canada needs to change its federal visa policy to speed up the admission of Ukrainian refugees, which has slowed to a trickle.

The study by the University of Calgary's School of Public Policy released Thursday says that compared to other countries, Canada has received a small number of the millions of Ukrainians who have been displaced since Russia invaded the eastern European country in February.

"Applications by Ukrainians are starting to far outstrip the number that are being granted by the Canadian government and we don't even have a really clear picture of how many Ukrainians are coming into the country," said author Robert Falconer.

Statistics show the Canada-Ukraine Authorization for Emergency Travel (CUAET) program, which expedites visas and temporary residency permits for Ukrainians and their families, isn't enough, he said.

As of June 22, there were approximately 190,000 Ukrainians with pending applications to come to Canada, up from 140,000 about one month earlier.

Falconer said the program, requiring those arriving to have visas, is to blame for Canada lagging behind other countries -- most notably Ireland, which has waived its visa requirement.

"One of the objections within the committee in Parliament was if we let Ukrainians in, then Russian spies would use that to infiltrate the system," he said.

"Russian espionage does exist, but the refugee channel is one of the more inefficient ways to try and infiltrate a Russian spy into the country."

Falconer said federal law enforcement and intelligence agencies, with proper resources, would be able to manage security risks involving the visa process. He recommends Canada adopt the Irish model or another option to do visa checks once people arrive.

"If we're not doing the Irish model, I would say we do what's called the on-arrival model, which is what a lot of countries do. When you arrive at the airport, you have to wait for a small period while the government officials run the security checks," Falconer said.

"You do some risk assessments and can probably vet that eight-year-old kid who is probably not a Russian spy whereas an unaccompanied male in their mid-20s ... you might hold them while you process the background check and let them into the country. Let them get here to safety first and then process them from there."

Falconer said an overwhelming number of Canadians support bringing in a high number of Ukrainian refugees and our country has the highest percentage of people of Ukrainian descent next to Ukraine and Russia.

The report says Canada and the United Kingdom have similar processes for the admission of Ukrainian refugees and the numbers are comparable.

It says about 13 times the number of Ukrainian refugees per capita arrived in Ireland than in the United Kingdom during the first two months of the invasion.

Falconer said the findings of the report are to be forwarded to the federal government, but he isn't sure whether it would result in a loosening of the requirements.

"I think they're probably aware. I think they are very, very, very concerned -- less with Ukrainians and more with how the overall immigration file is going generally."

This report by The Canadian Press was first published Aug. 11, 2022.