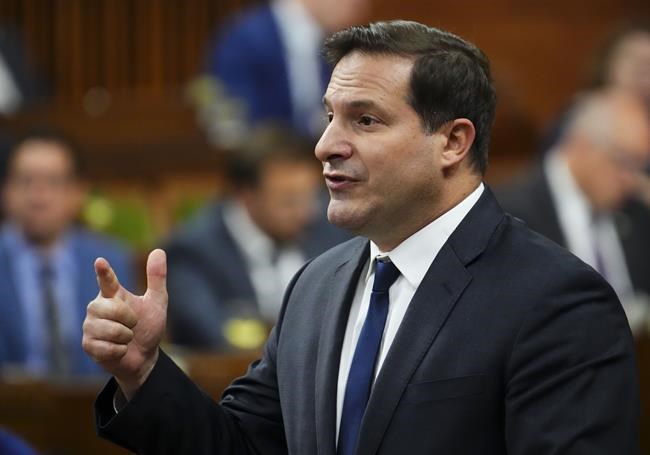 OTTAWA — Members of the House of Commons immigration committee voted Wednesday not to investigate allegations of obstruction of justice against Marco Mendicino, who was formerly in charge of the file.

The immigration department's deputy minister says human error led to a mistake in court filings about the coming into force of legislation creating a new college to regulate immigration consultants.

The Governor General signed an order in council to bring the law into effect on Nov. 20, 2020, the same day as a trademark infringement hearing involving the new college.

Government lawyers told a Federal Court judge in the case that the legislation came into force on that day. And the immigration department issued a press release a few days later, in which Mendicino declared the College of Immigration and Citizenship Consultants Act had come into force.

But it didn't really come into force until more than two weeks later, when the order in council wasformally registered.

Mendicino, who became the public safety minister in October 2021, denied the allegations Sunday in a statement from his director of communications, Alex Cohen.

The deputy minister told the immigration committeethat it was a simple case of human error that was quickly corrected.

Staff at Immigration, Refugees and Citizenship Canada mistakenly thought that the day the order was made was the date when the law actually came into effect, deputy minister Christiane Fox explained in a letter to the committee chair.

The courts were informed of the error on Dec. 9, 2020, she wrote, and the press release was corrected.

"I sincerely hope this provides you with the necessary assurance that all appropriate steps were taken in order to correct the error of the coming into force date once it had been discovered," Fox wrote.

Members of the committee convened an urgent meeting following the media report and debated whether they should investigate the error, but the idea was defeated in a five to six vote.

Conservative members of the committee argued for the investigation, saying they were concerned about whether government lawyers were given the go-ahead to say that the act had come into force before the Governor General actually signed the document.

"We have not one, but actually multiple different ... cases of wrongdoing or multiple overlapping errors here," said Conservative MP Garnett Genuis.

Liberal MPs described the error as an honest mistake and voted against the investigation.

"We know that civil servants are humans. We are all human. We all can err, despite trying our best," Liberal MP Sameer Zuberi told the committee.

The Blacklock's report was based on emails obtained throughaccess-to-information legislation. Mendicino's office released the 730-page package that the report cited to members of the committee prior to the meeting.

The package includes several messages between department officials and communications staff in which they repeatedly confirm the incorrect date the legislation would come into force.

The week after the press release was published, exchanges show the department's legal team flagged the error and, on Dec. 1, 2020, department officials discussed whether "remedial measures" were needed.

This report by The Canadian Press was first published Oct. 12, 2022.