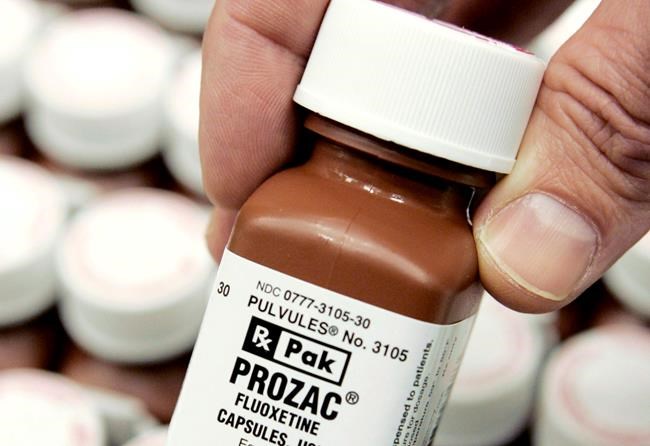 TORONTO — Seniors living in long-term care across the country were three times more likely to have been prescribed antidepressants over the last five years than those in the community, a new report from the Canadian Institute for Health Information indicates.

Just over 60 per cent of seniors living in long-term care were prescribed antidepressants in 2017, data analyzed by the institute indicates. That rose to 62 per cent of residents by 2019 and 65 per cent in 2021.

Meanwhile, the use of antidepressants among seniors living in the community increased from 22 per cent of seniors in 2019 to 23 per cent in 2021, the report indicates.

Tracey Fisher, manager of pharmaceuticals at the Canadian Institute for Health Information, said the increased use of antidepressants among those aged 65 and older in long-term care is not surprising.

"When you think about the pandemic and the effects that that has had on seniors, especially those living in long-term care, I don't think the results were surprising," she said.

"But I do think they are something to pay attention to ... we are always looking at trending information like this and putting it out there for decision makers to use to help make informed decisions about seniors' care."

The data indicated that long-term care residents were also eight times more likely to be prescribed antipsychotic drugs last year than seniors living in the community.

Antipsychotic prescriptions among long-term care residents grew from 37 per cent in 2019 to 43 per cent in 2021, the data indicated. The drugs are used to treat schizophrenia, bipolar disorder, and behavioural and psychological symptoms of dementia, including delusions, aggression and agitation.

"We know that seniors living in long-term care are more frail. They are more medically complex," Fisher said.

"During those pandemic years, we know that seniors were disproportionately affected by COVID-19 long, long (periods) of isolation. They were away from their social groups and family."

Overall, while antidepressants were the drugs that saw the biggest increase in prescriptions to seniors during the pandemic, the prescription of diabetes drugs increased the most among seniors between 2017 and 2021, Fisher said.

"We believe that the majority of this increase was due to prescribing a drug class that helps lower glucose levels in the blood," Fisher said. "We think that this could be a reason why we saw that increase in diabetes drugs."

It also suggested cardiovascular disease drugs accounted for five of the seven top drug classes prescribed to seniors in 2021.

The prescribing of antibiotics to seniors has decreased since the beginning of the COVID-19 pandemic, from 38.6 per cent of those aged 65 and older getting antibiotics prior to the pandemic to 30.5 per cent in 2021. That represents 380,000 fewer seniors receiving antibiotics prescriptions, the report said.

This report by The Canadian Press was first published Oct. 20, 2022.