Cable 2.0: Netflix and other streamers bring back ads after disrupting TV landscape 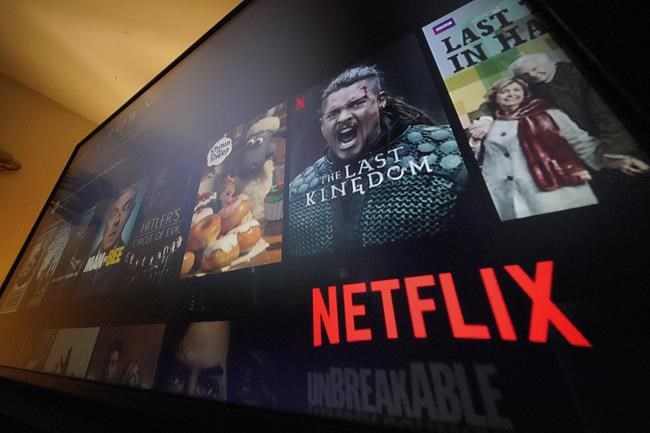 After years of uninterrupted binge-watches, the world’s largest streaming service is making way for a word from its sponsors. And as inflation continues to pinch consumers, the proposal of a cheaper Netflix plan may sound enticing to some.

Netflix isn’t alone in believing that commercial television is back in a big way.

Several free ad-supported streaming services will launch in Canada over the coming weeks, all of them built on a business model that taps into the country's multi-billion advertising industry to finance and acquire programming.

Analysts say together the platforms could reshape how we watch and pay for television. More viewers are complaining that streaming costs have soared near the level of their old cable bills, which has pressured each service to reconsider its business model.

“Consumers are faced with more choice, more platforms and are making more deliberate decisions as to which streaming services they keep and which ones to cancel," said Justin Krieger, senior technology and media analyst at consultancy firm RSM Canada.

Of the newcomers, Pluto TV debuts on Dec. 1 with more than 100 channels of free TV series, movies and sports that stream “live” online on a platform that mimics the experience of channel surfing, complete with the commercials.

Around the same time, CBC will introduce a revamped free streaming news channel that will be available on CBC Gem and multiple other streaming platforms. A flagship program hosted by Andrew Chang of "The National" will be the main attraction, with advertisements interspersed throughout the day.

South of the border, Disney Plus rolls out an ad-supported option later this year with some industry observers predicting it will apply the same model in Canada soon after. The ad tier will be introduced at the price of Disney's existing commercial-free service. Subscribers who want to eliminate the ads will have to pay a premium.

Each service has its own reasons for getting into the ad business.

For Netflix and Disney, one of the main drivers is growing revenues as programming costs soar and competitors lure away subscribers.

Meanwhile, the free streaming services use ad revenues to fund a slate of original and licensed programming, which puts incredible pressure on Netflix to maintain its leading position with attractive new films and shows.

Earlier this year, after repeatedly swearing off the possibility of ever getting into advertising, Netflix changed its tune by announcing it would launch an ad tier for subscribers in key international markets.

As a trade-off for the savings, Netflix says subscribers will be presented with an average of four to five minutes of ads per hour played before and during their TV shows and films.

Video quality on the Netflix ad plan tops out at 720p, leaving full high-definition streaming at 1080p and 4K for premium subscribers. Viewers also won't be able to download titles on their devices and not everything in the service's library will be available.

Those restrictions will sour the appeal to many Netflix devotees, suggested Carmi Levy, a technology analyst based in London, Ont.

He said Canadians were sold the idea of a commercial-free Netflix a decade ago which led other entrants in the market to mimic their approach with similar models.

That's different than the United States where Peacock, Paramount Plus and HBO Max all offer less expensive ad tiers as a subscription option, while Crackle and Amazon's Freevee are among the major players in free, ad-supported platforms.

"Canadians don't have that legacy of experience and as a result may be more resistant to the way Netflix is introducing that service," he said.

"It'll take time for Netflix and others to educate Canadians on the advantages of paying less for a streaming service and getting ads served up in return."

About 40 per cent of HBO Max subscribers signed up for its lower-priced ad tier, he said, while an average of 58 per cent of subscribers used the cheaper versions of Paramount Plus and Peacock.

He estimates a modest 20 per cent of Canadian Netflix subscribers will join the ad tier over the next 12 to 18 months.

However, Netflix's initial sign-up numbers won't be the best indicator of long-term success for the ad model, suggested Levy.

Subscribers who joined for a deal could be turned off if the ad breaks become as long as they are on network TV stations, which typically air 20 minutes of commercials per hour.

"The devil is always in the details whenever a streaming provider introduces an ad-based tier," Levy said.

"What matters most is how intrusive that presentation of ads is to the overall viewing experience. And if it is intrusive in the way that consumers have long complained about traditional broadcast television ads, then this could very well be a non-starter for Netflix."

Until those intricacies play out, advertising agencies say their clients are salivating over the prospects of new placement options in the Canadian market.

“What we're seeing is a lot of initial excitement and questions around Netflix, in particular,” said Marissa Cristiano, an account director at Cossette who says she's "exploring" ad buys on the service with some clients.

“They've done a really good job of creating ... the type of content that brands really do want to ally with.”

She doesn't anticipate much blowback from viewers, mainly because Netflix is making it an opt-in proposition.

"If you're choosing to have the commercials, it's not going to leave a negative experience," she said.

"They're providing an option and they're managing expectations."

This report by The Canadian Press was first published Oct. 30, 2022.