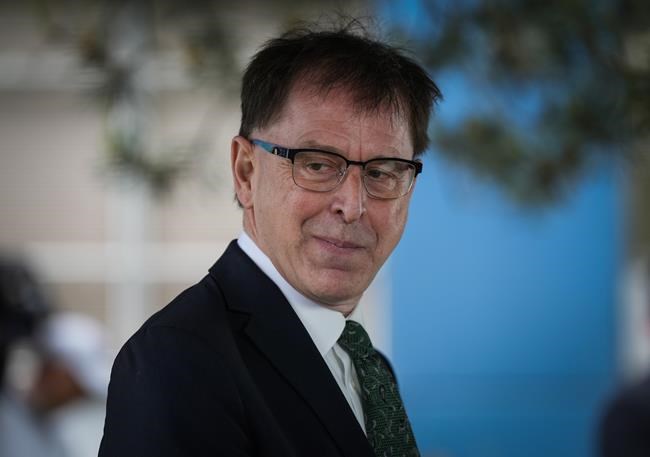 VANCOUVER — Family doctors in British Columbia have been offered a significant raise under the province's new compensation model as part of a plan to address the crisis in the health-care system.

The provincial government said Monday a full-time family doctor would be paid about $385,000 a year, up from the current $250,000, under a tentative three-year Physician Master Agreement reached with Doctors of BC last week.

Currently, family doctors are paid through a fee-for-service model and the government said the new plan will also pay them for hours worked, administrative costs, and the number and complexity of patients.

Dr. Ramneek Dosanjh, president of Doctors of BC, said the deal represents a "seismic shift" in the way family medicine is practised in the province.

"It is a model unique in Canada bringing together the best of a range of payment models. It addresses rising business costs, it recognizes the value physicians provide when delivering longitudinal care and it will compensate us for the time spent on evening and weekend administrative burdens," she said.

"We're listening to the concerns of many of our family doctors who have left practice or have been contemplating leaving."

The master agreement, which must be ratified by physicians, was developed between the Doctors of BC, the province and BC Family Doctors and will start in February next year.

The plan will cost the B.C. government $708 million over three years, representing overall increases to the total base budget between three and 5.5 per cent each year.

The cost is on top of a one-time $118-million program to hand out an average of $25,000 per family doctor to keep them in practice until the plan's launch.

One in five B.C. residents, or about one million people, don’t have a family doctor and the compensation model aims to recruit and retain more physicians.

The agreement would be accompanied with a new "roster" system, to be introduced by mid-2023, where those looking for a family doctor can register to be linked with practices in their community instead of searching one out themselves, an official said Monday.

Health Minister Adrian Dix said the payment model will help protect and strengthen B.C.’s health-care system. However, he said the government doesn't have a specific estimate for its impact in terms of the number of people who will get a family doctor, or the number of doctors recruited as a result.

"It's going to have a very, very positive effect. We can't be exact," he said, adding that it's not a one-step solution but is part of a broader overhaul of health services.

The roster system will give the government better information about who has care and who needs it, he said.

Green Leader Sonia Furstenau said in a statement that while the announcement seems to address major concerns expressed by family doctors, it's important that the plan also measures outcomes.

In addition to pay increases, the government said in a statement the funds will cover income disparities and new hourly premiums for after-hours services.

One of the complaints from family doctors has been high overhead costs of operating a practice, averaging between $80,000 and $85,000 a year, that come out of their pocket, an official said.

The new model aims to close the pay gap between family doctors and hospitalists, who are paid close to $300,000 a year to work in hospitals and have the same training but not the overhead costs.

Full-service family doctors are those who work in communities to provide ongoing primary-care services to their patients.

Premier John Horgan said in a statement the new model will help deal with the staffing shortfall.

This report by The Canadian Press was first published Oct. 31, 2022.