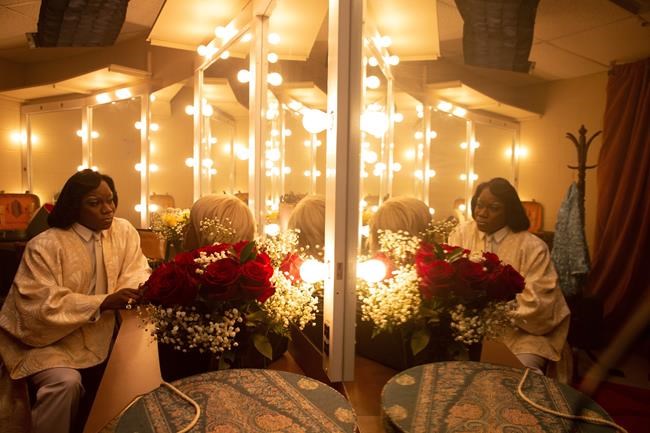 Historica Canada released her story as the latest in its ongoing series of minute-long shorts celebrating influential figures and accomplishments in Canadian history.

Shane, who was born in Nashville but thrived in the Canadian R&B music scene, was selected for her contributions to "the Toronto sound," a version of electric soul shaped in the early 1960s.

But she's also considered a trans pioneer at a time when few held visible positions in the local community. She performed on stage as an androgynous man, but in her private life had come out as trans to her mother when she was 13 years old.

Shane played clubs in Montreal and Boston, but her home was at Toronto's Saphire Tavern until she suddenly quit music in 1971.

She died three years ago at age 78 shortly after the retrospective "Any Other Way" was nominated for best historical album at the Grammys.

Two of Shane's songs, "Any Other Way" and "New Way of Lovin’," are featured in the Heritage Minute.

The singer is played by African-Mohawk two-spirit trans activist Ravyn Wngz who narrates a script penned by JP Larocque, a writer on "Sort Of" and "Coroner."

The Heritage Minute, released before the start of Transgender Awareness Week on Nov. 20, is co-directed by newcomer Ayo Tsalithaba and Pat Mills, known for the LGBTQ Lifetime movie "The Christmas Setup."

This report by The Canadian Press was first published Nov. 2, 2022.