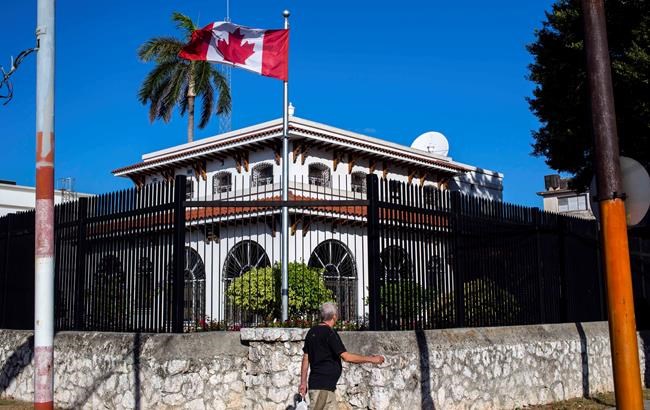 The development is a step toward resolving some elements of a Federal Court action filed in 2019 by diplomats and dependants — now numbering 18 plaintiffs — who seek millions of dollars in damages from the Canadian government after becoming mysteriously ill while posted to Havana.

The parties have agreed to the appointment of Cromwell, who served eight years on the top court, as mediator at a session slated to take place in late February or early March next year.

The move follows direction from the Federal Court in early October on next steps in the case.

Paul Miller and John Phillips, co-counsel for the plaintiffs, said in a statement to The Canadian Press that they appreciate the government agreeing to proceed with mediation for the claims of seven children and two spouses who suffered traumatic brain injuries while in Cuba.

"Our families have been waiting a long time to have this matter dealt with. They continue to suffer from the injuries they received during their time in Cuba, which have had a direct and significant impact on their lives, the children, their childhoods and education," Miller and Phillips said.

The diplomats say the Canadian government failed to protect them, hid crucial information and downplayed the seriousness of the risks. The government has denied wrongdoing and negligence.

Canadian and U.S. investigations have not pinpointed a cause of many of the ailments, with theories ranging from targeted sonic attacks by an adversary to pesticide spraying.

The department said in an emailed response that it maintains a strict security protocol to respond immediately to any unusual events or health symptoms affecting Canadian diplomats.

"Global Affairs Canada continues to monitor the health and safety of its diplomatic staff posted in Havana. We also continue to investigate all potential causes of the unknown health symptoms. For privacy and security reasons, we cannot comment on the specifics of the ongoing investigations, individual cases, nor on specific security measures."

The department said it would not comment further given that the matter is before the courts.

Several U.S. personnel who worked in Cuba have reported similar health issues, commonly known as Havana Syndrome. More recently, there have been reports of symptoms among U.S. personnel in locales including Washington, Austria and China.

In October last year, Global Affairs issued a message to all staff around the world, outlining the symptoms and how to report concerns.

The RCMP and Canadian Security Intelligence Service have sent similar messages to their staff, the department says.

This report by The Canadian Press was first published Nov. 11, 2022.