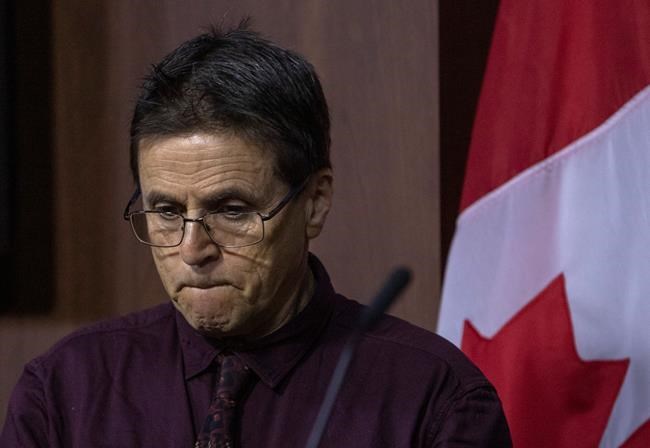 OTTAWA — The House of Commons justice committee is getting set to review Canada's extradition system — a move welcomed by critics who have long called for reforms to the process for sending people to face incarceration and prosecution abroad.

Although hearing dates have yet to be set, the committee plans to hear from witnesses in at least three sessions that could begin before the end of the year.

"There have been lots of academics and human rights organizations that have made very concrete proposals about what needs to happen," said New Democrat MP Randall Garrison, a committee member who proposed the study.

"And so my idea was that we should get them before the justice committee and let them make those proposals and, hopefully, we can generate some enthusiasm from the government for moving on this."

Legal and human rights experts say Canada's extradition procedures need a thorough overhaul to ensure fairness, transparency and a balance between a desire for administrative efficiency and vital constitutional protections.

In a report released last year, voices calling for change highlighted a number of problems with how proceedings unfold under the 1999 Extradition Act, criticizing the system as inherently unjust.

In the Canadian system, the courts decide whether there is sufficient evidence, or other applicable grounds, to justify a person's committal for extradition.

When someone is committed to be extradited, the justice minister must then personally decide whether to order the individual's surrender to the foreign state.

Critics say the committal process compromises the ability of the person sought for extradition to meaningfully challenge the foreign case against them, reducing Canadian judges to rubber stamps and permitting use of unreliable material.

In addition, they argue the surrender decision made by the justice minister is a highly discretionary and explicitly political process that is unfairly weighted toward extradition.

Advocates of reform highlight the case of Ottawa sociology professor Hassan Diab, a Canadian citizen who was extradited to France and imprisoned for more than three years, only to be released before even going on trial.

Despite all this, Diab, who has returned to Canada, is slated to face trial in France in April next year for a 1980 bombing of a Paris synagogue.

Diab denies any involvement, and his supporters have long argued there is an abundance of evidence demonstrating his innocence. They want the Trudeau government to flatly deny any new extradition request from France.

Donald Bayne, Diab's Canadian lawyer, said Monday he expects his client will be subjected to what he calls a show trial in absentia "for political reasons to satisfy pressure groups" in France who want a scapegoat for what happened over 40 years ago.

The fact that Canada's extradition laws allowed Diab to be sent to France once "is evidence enough that there is a need for change," said Rob Currie, a professor at Dalhousie University's law school.

Diab is not the only one "to suffer through this broken process," said Tim McSorley, national coordinator of the Ottawa-based International Civil Liberties Monitoring Group.

"Multiple studies have already shown that there are deep problems in Canada's extradition system, and multiple experts have already proposed clear solutions," he said in a statement. "We hope the committee takes this opportunity to develop concrete legislative solutions that will help the government quickly move to introducing amendments to the Extradition Act."

Sarai said that while he would not prejudge the review's outcome, even when laws have been ruled constitutional, they might "need to be tweaked from time to time."

In the changing world climate, extradition is increasingly being used as a political tool, Garrison said. "And so we need better protections."