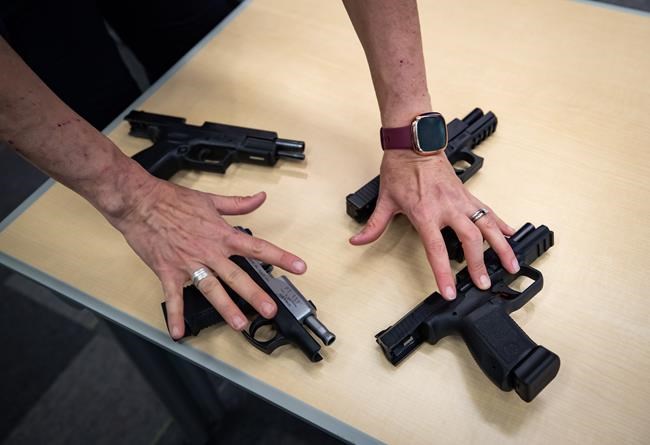 OTTAWA — Critics of a planned new measure to remove guns from the wrong hands say it could actually undermine efforts to make people safer.

A government bill being studied by MPs would allow anyone to apply to a judge for an emergency order to prohibit someone who might cause harm, such as a stalker or abuser, from possessing firearms for up to 30 days.

Several organizations have told the House of Commons public safety committee this "red-flag provision" is misguided and problematic.

Heidi Rathjen, co-ordinator of gun-control group PolySeSouvient, said during a committee hearing that not a single women's group asked the government for the measure.

Under the current law, a woman who fears violence from a gun owner may call police, who can investigate and remove firearms if they conclude there is a risk.

In making a potential victim go to court, Rathjen says, the red-flag proposal could allow police to offload their responsibility.

This report by The Canadian Press was first published Nov. 21, 2022.