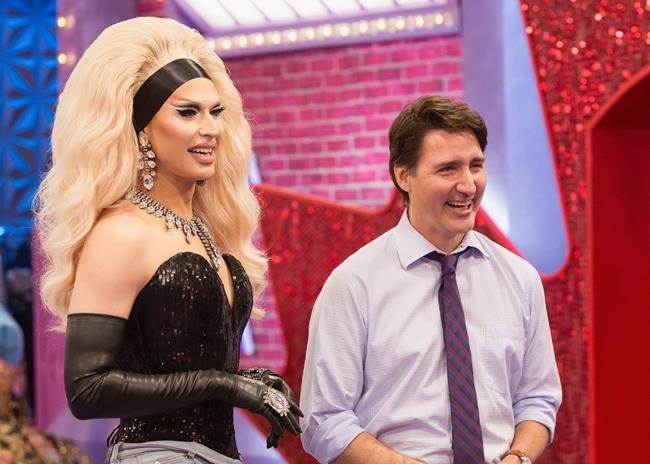 TORONTO — Prime Minister Justin Trudeau made an appearance on Friday's episode of “Canada’s Drag Race: Canada vs. the World” to offer the contestants words of inspiration before the main challenge.

Trudeau is touted as being the first world leader to visit the competition series founded by RuPaul.

During the episode, the prime minister shared his thoughts on Canada’s efforts to embrace diversity, noting there is a lot more work to do toward building allyship in Canada.

After his remarks, the queens were touched by his words.

Competitor Stephanie Prince was teary-eyed, saying Trudeau's work on immigration made it easier for the performer to migrate to Canada for a better life.

"Can we move beyond 'tolerate' and start embracing, and loving, and accepting, and learning from and being challenged by? That's how you build a resilient society," Trudeau responded. "That's what we're trying to do in Canada, and we have a lot of work still to do."

Trudeau's appearance was brief, matching the vibrant energy of the spinoff, in which international drag queens compete in challenges and lip-sync battles until a winner is crowned.

"Hate to see you leave, love to watch you walk away, baby," shouted Icesis Couture as the group watched Trudeau make his exit — or sashay away.

This report by The Canadian Press was first published Nov. 25, 2022.