Liberals to consult public on merits of a foreign agent registry, Mendicino says 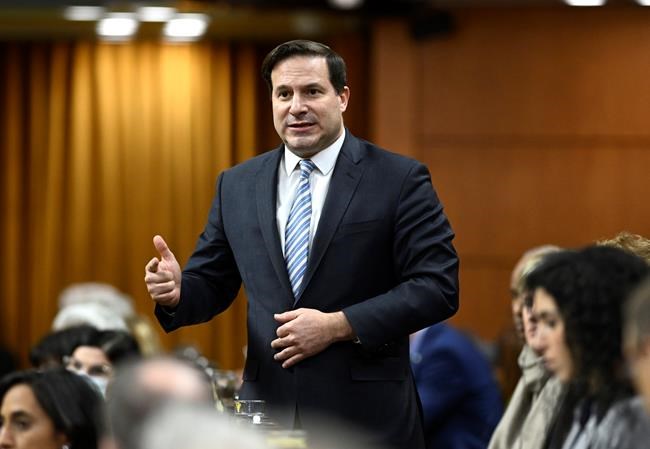 OTTAWA — The federal government is preparing to consult the public on the possible creation of a foreign agent registry as a means of preventing outside interference in Canadian affairs, Public Safety Minister Marco Mendicino says.

The Liberals want to hear from experts and the broader public — including members of affected communities — on whether it should follow the lead of key allies including the United States and Australia in establishing a registry.

The government acknowledges that foreign governments and organizations routinely try to influence Canadian policies, officials and democratic processes in clearly visible and legal ways — for instance, through diplomatic channels.

Some states, on the other hand, engage in interference to advance foreign political goals. As part of these efforts, they might employ people to act on their behalf without disclosing ties to the foreign state, Public Safety Canada says.

Requiring these individuals to formally register with the government they are trying to influence can make such dealings more transparent, with the possibility of fines or even prison time for failing to comply.

"The fact is that the landscape of foreign interference is becoming increasingly complex," Mendicino said in an interview.

"One of the proposals that we are looking very carefully at is the creation of a foreign agent registry," he said.

"We hope to have more to say about that in the very short term. But we are very much looking forward to going out and having a good consultation."

While no date has been set, a public consultation is expected to begin in the coming weeks.

The United Kingdom recently introduced legislation to create the Foreign Influence Registration Scheme as a means of compelling those acting for a foreign power or entity to declare political influencing activity or face criminal penalties.

Australia brought in its Foreign Influence Transparency Scheme Act four years ago, while the U.S. Foreign Agent Registry Act has been in place since 1938.

Mendicino said the idea of a foreign agent registry requires "careful and thoughtful study" to see how it might fit into a broader strategy that ensures police and national security agencies have the tools to fight foreign interference, cyberattacks and other hostile activities, and ideologically motivated extremism that can proliferate through the spread of disinformation.

The Canadian Security Intelligence Service warned last year that it sees steady, and in some cases increasing, foreign interference by state actors against Canada.

Federal officials have long cautioned that Canada is targeted by foreign states such as China and Russia as they seek to advance their political, economic and security interests.

In a Nov. 28 letter to the Commons committee on procedure and House affairs, RCMP Commissioner Brenda Lucki said the Mounties are aware of foreign actor interference in relation to a broad range of activities, including meddling in democratic processes.

Lucki said the RCMP has ongoing investigations into such activities but did not provide details since the probes are still unfolding.

Mendicino said that as the government advances a Canadian-made strategy to fight foreign interference, it is equally important that Ottawa co-operate with allies around the world by sharing information and intelligence and collaborating on best practices.

Doing so would help protect Canadian interests and "uphold the international rules-based order," he said.

This report by The Canadian Press was first published Dec. 2, 2022.