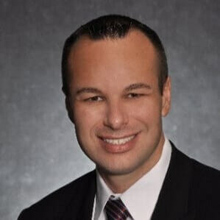 The War in Ukraine and the subsequent impact on Europe’s energy security has led industries and consumers alike to radically adapt their behaviour. Nearly one in five energy intensive industries in Germany have scaled down production with some of their flagship industries, including automotive manufacturing, going as far as deliberating the merits of relocating elsewhere.

Even those European states that do not rely significantly on Russian energy are impacted. This is because of the immense contribution that Russian gas has in the international market, representing 17% of global output in 2020, and the pressures caused by this supply being cut off without a clear alternative.

Take for example, the data centre industry. Europe, once viewed as a haven for major data centre companies, is home to a plethora of data centres belonging to hyper-scalers such as Microsoft and Amazon Web Services. With the disruption of the energy relationship between Europe and Russia resulting in dramatic price increases for everyday consumers and industries alike, the hyperscalers are facing higher operation costs as they compete for energy in a market where it is increasingly hard to come by.

While the data centre industry in Europe is pivoting due to energy shortages, similar changes may be coming to Canada, but for different reasons.

Above all, it is important to recognize that most data centres are major emitters primarily because of the energy required to run them, accounting for roughly 2% of all global carbon emissions. Notably, this is about the same amount as the airline industry. As public and private sector organizations attempt to quell the public’s unsatiable appetite for modern digital services, both energy consumption and the emissions related to data centres are trending upwards and must be accounted for in any sustainable development strategy.

Foremost, data centres are major energy consumers because they are required to both run and cool infrastructure equipment 24/7/365. Ireland, which is a major data centre hub due to its low corporate tax rate and cool climate, uses a whopping 17% of the country’s power generation to maintain 70 data centres within its borders. This insatiable requirement for power was so impactful on the local power grid that State-owned electric power provider, EirGrid, imposed a de-facto moratorium against applications for new regional data centres until 2028.

From a Canadian Public Sector perspective, concerns related to data centre carbon footprint are important, particularly as the Federal Government invests to consolidate its data centres from hundreds of dispersed centres to four main locations. This initiative is running in parallel with ambitious sustainability goals for both public and private sectors in Canada, further highlighting the value of considering the impacts of the foundational technology that makes up these projects.

Like Europe, many of Canada’s legacy data centres are built on a foundation of magnetic disk technology- technology that requires the most power among commercially available products and produces the most emissions as a result. Alternatively, flash storage, a form of solid-state storage, requires less space, less energy and provides greater capacity. Addressing emission reduction objectives by adopting flash technology at a large scale is an important step to improve efficiency and would reflect the actions of Canada’s peers in Europe and elsewhere.

In another example, Meta’s Metaverse, requires immensely powerful computing power to consume and analyze ever increasing amounts of data. To address the balance between performance, emissions and power consumption, Meta’s new AI Research Supercluster, which acts as the foundation of this project, was built on Pure Storage flash technology. Pure Storage’s next generation flash technology powers these large-scale workloads using the smallest and most environmentally-friendly storage hardware. Many governments and private sector organizations in Europe and North America are beginning to also pivot toward Pure Storage because of this reason.

As it looks to meet the enhanced emissions reduction goal under the Paris Agreement of 40-45% below 2005 levels by 2030, the Government of Canada has an excellent opportunity to avoid the scenario that many European countries and industries find themselves in – hastily modernizing their data centres in the face of skyrocketing energy prices.

Canada has an opportunity to become a world leader in data centre technology by following the lead of hyper-scalers and by leveraging the task of consolidating its data centres as an impetus to build back better and craft the most sustainable facilities globally.