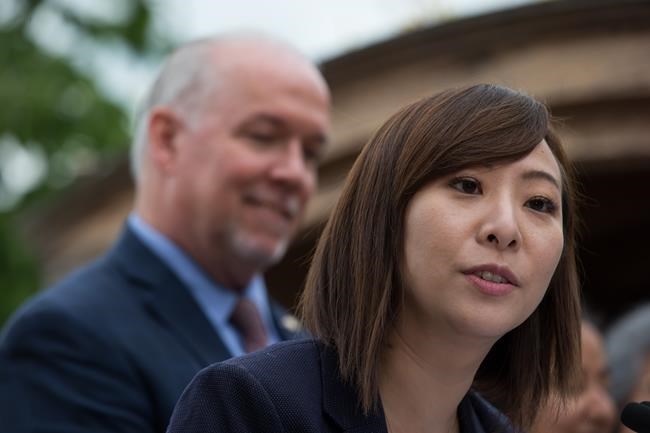 VICTORIA — Former British Columbia cabinet member Katrina Chen says she took herself out of contention for a new ministerial position in order to deal with "long-standing trauma" suffered as a result of gender-based violence.

Chen says in a statement released by the office of Premier David Eby on Tuesday that she asked him not to consider her in his cabinet shuffle, while she focuses on herself and her son and takes "time and space to heal."

Chen, who previously served as minister of state for child care and co-chaired Eby's campaign to lead the NDP, says she's a survivor of gender-based violence that was inflicted more than once, including when she was a child.

She says her trauma continues to affect her life and is "yet to be fully unpacked," and she asks for privacy.

Chen, whose statement was released on the National Day of Remembrance and Action on Violence Against Women, says she stands with all survivors of gender-based violence.

Chen says she's "incredibly proud" of her journey, and thanks her constituents, Eby, colleagues and staff for their support.