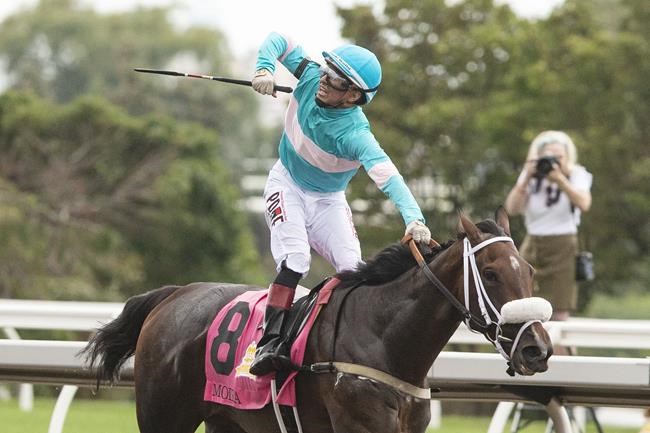 TORONTO — After 70 years as The Queen’s Plate, Canada's oldest thoroughbred race is getting a name change next year.

The change follows the death of Queen Elizabeth II on Sept. 8 and accession of King Charles III.

Woodbine Entertainment said in a release it plans to honour Queen Elizabeth in 2023 for her contributions to horse racing in Canada for the last 70 years.

The Queen's Plate was first run in 1860 and was named after Queen Victoria after she gave her royal assent for "a plate to the value of 50 guineas" be awarded to the winner of the 1 1/4 mile race in Toronto.

It was renamed to the King's Plate in 1901 when Edward VII succeeded Victoria on the throne. It became the Queen's Plate again in 1952 upon Elizabeth's ascension to the throne.

Woodbine Entertainment sent its traditional telegram to Queen Elizabeth following the 163rd running of the Queen's Plate on Aug. 21, informing her that a filly named Moira had won the race. In return, Buckingham Palace sent a symbolic 50 guineas to the owners of the winning horse.