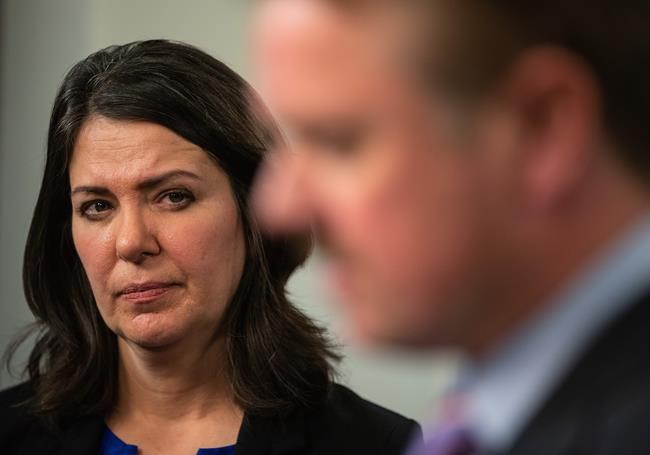 "And I’m not interested in fighting with the Alberta government," Trudeau said Thursday during the Assembly of First Nations special assembly in Ottawa.

The Alberta legislature passed the legislation overnight after stripping out a provision that would have granted the provincial cabinet extraordinary powers.

Smith described the legislation during a third and final reading of the bill as a resetting of the relationship with Trudeau and the federal government. The Opposition New Democrats have described it as “a hot mess express.”

Trudeau said the relationship between Ottawa and the provinces is not like a parent to a child. Each has distinct areas of jurisdiction and responsibility, he said.

Provincial governments can move forward on laws the federal government doesn't agree with, Trudeau said, but the remedy for that is through the courts.

Indigenous groups have called for the bill to be scrapped, saying they have not been consulted on the legislation or how it would affect Indigenous rights.

Trudeau said his government is also "extremely concerned" about what it represents "in terms of challenges to treaty rights that are fundamental in Canada and need to be respected."

His response was different from what he said about the legislation earlier in the day. At that time, Trudeau said that the federal government is going to work as constructively as possible with Alberta.

Randy Boissonnault, a federal Liberal cabinet minister from Edmonton, said nobody has asked for this legislation and called it a "great distraction."

There is concern about how it could compromise economic growth in the province, Boissonnault said.

The key to success is collaboration, he said.

"My appeal to the premier and to her colleagues is for us to work together."

This report by The Canadian Press was first published Dec. 8, 2022.