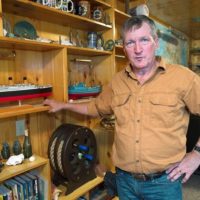 Apr 9 2019 — Aly Thomson — HALIFAX — Beneath the choppy waves off Nova Scotia's rugged coast are thousands of shipwreck sites sprinkled with lost treasure: centuries-old coins, canons, and perhaps even historic booty stolen from the White House. Treasure salvagers who once spent millions of dollars exploring such sites say provincial laws are preventing shipwrecks from being scoured in any meaningful […] 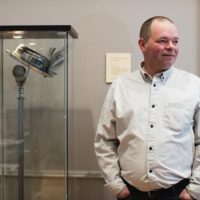 Mar 15 2019 — Aly Thomson — HALIFAX — A Gord Downie tribute sculpture has been unveiled at Halifax City Hall, in a room that aims to foster conversations about Indigenous history and reconciliation. The sculpture was created by artist Al Hattie using recycled metals that emulate a microphone stand and Downie's signature hat, complete with feathers. On a wall behind the […]

Feb 6 2019 — Aly Thomson — HALIFAX — Officials from Atlantic Canada's largest children's hospital were peppered with questions about its financial management at a legislature committee hearing Wednesday, but opposition politicians say they didn't get all the answers they were seeking. The Nova Scotia auditor general slammed the lack of oversight and financial management at the IWK Health Centre in a December report, months after two […] 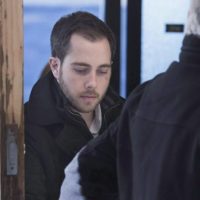 Dec 30 2018 — Aly Thomson — HALIFAX — Newly released documents offer a glimpse into how high-level government officials grappled to respond to the revelation that Veterans Affairs was funding the PTSD treatment of a Halifax man convicted of killing an off-duty police officer. Emails obtained by The Canadian Press through Access to Information and Privacy legislation reveal a slew of people within the […] 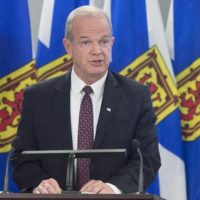 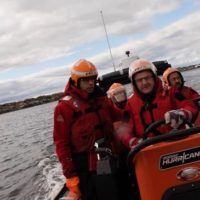 Nov 29 2018 — Aly Thomson — HALIFAX — A Senate committee is recommending mandatory use of radio beacons on fishing vessels in an effort to curb fatalities in Canada's deadliest sector. A report released Thursday from the Senate Committee on Fisheries and Oceans said equipping fishing vessels with emergency position-indicating radio beacons — known as EPIRBs — would help improve response times for search […] 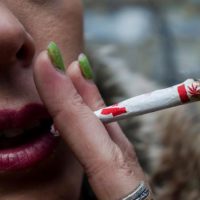 Nov 14 2018 — Aly Thomson — The supply shortages that have plagued many provinces in the first month of legal cannabis will likely persist for years, industry insiders say. Provinces including British Columbia, Alberta, Manitoba, Saskatchewan, Quebec, Nova Scotia and New Brunswick have all reported varying degrees of shortages. New Brunswick was forced to temporarily close more than half its stores, while the […] 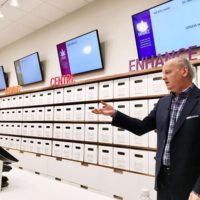 Aug 7 2018 — Aly Thomson — HALIFAX — Nova Scotia's cannabis retailer is being accused of violating federal regulations by "glamourizing and normalizing" marijuana, but the Crown corporation says it is simply educating consumers. The Nova Scotia Liquor Corporation recently unveiled the design of its cannabis stores, which divides products into four distinct categories: relax, unwind, centre and enhance. There will also […] 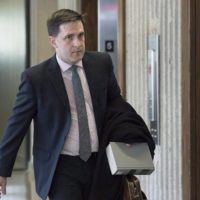 Jul 18 2018 — Aly Thomson — HALIFAX — The lawyer for former Somali child refugee Abdoul Abdi says his client was relieved — and in disbelief — after Public Safety Minister Ralph Goodale announced in a tweet that Ottawa would not pursue his deportation. Benjamin Perryman said Wednesday that Abdi told him he nearly fainted when he saw the tweet late Tuesday night […]

A long, complicated wait for normal in flood-struck New Brunswick

May 9 2018 — Aly Thomson — SAINT JOHN, N.B. — Jill Oland's house in upscale Rothesay, N.B., is dry, but her family is staying elsewhere: Her street is cut off and she doesn't want her children crossing through potentially contaminated floodwaters. "All the sewage pumping stations are underwater right now," said Oland, who donned rubber boots and hip waders to traverse […] 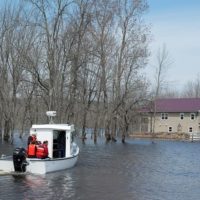 ‘The threat is not over,’ New Brunswick official warns as floodwaters recede

May 8 2018 — Aly Thomson — SAINT JOHN, N.B. — Officials are issuing a fresh warning to flood-weary New Brunswickers even as the record-breaking floodwaters that have swamped homes, washed away cottages and submerged dozens of roads begin to retreat. "The threat is not over," Greg MacCallum, director of the New Brunswick Emergency Measures Organization, said during a briefing Tuesday. "It's not […] Mar 26 2018 — Aly Thomson — The Canadian Press — HALIFAX — A teacher who co-authored an independent report on inclusive education in Nova Scotia says students with learning challenges cannot succeed under the current program, which is why more funding is needed to transform the province's approach to education. Adela Njie, one of three commission members who spent a year drafting a five-year plan for reform, told a news […] 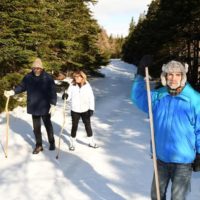 Feb 11 2018 — Aly Thomson — It was once a vital artery, in an era when Europeans were new to North America and Cape Breton had strategic importance. The coastal road connecting Louisbourg and Gabarus dates back to the early 1700s — it's believed to be one of the oldest European constructions in the province and possibly Canada, according to research by local residents. The roughly 25-kilometre […] 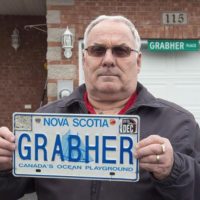 Feb 1 2018 — Aly Thomson — HALIFAX — Lawyers in the case of a Nova Scotia retiree who is fighting to regain a personalized licence plate argued Thursday over a report that links derogatory comments made by U.S. President Donald Trump to the "GRABHER" plate. Lorne Grabher had his licence plate with the text "GRABHER'' — his last name — revoked in 2016 after government […]