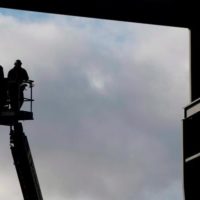 Aug 30 2019 — Andy Blatchford — OTTAWA — The Canadian economy beat expectations in the second quarter with its strongest quarterly stretch of growth in two years, according to a report Friday by Statistics Canada. The details, however, were less encouraging, many experts said. The economy expanded at an annualized pace of 3.7 per cent in the second quarter — thanks in large part to a 3.7 […] 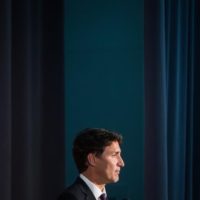 Aug 25 2019 — Andy Blatchford — OTTAWA — A new book arriving on the eve of the federal election campaign is offering policy geeks a comprehensive take on whether Justin Trudeau lived up to his 2015 vows. At the heart of the 237-page publication — the product of work from two dozen Canadian academics — is an analysis of 353 Liberal pre-election promises and an evaluation of how many have actually been fulfilled since Trudeau's team took office. In short, […] 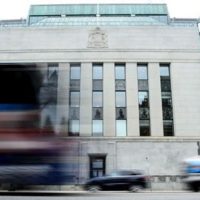 Aug 23 2019 — Andy Blatchford — OTTAWA — Canadians last heard the Bank of Canada's take on the economy in the early days of summer — and the timing of its next update has the potential to tinge political debate during the federal election campaign. Since the bank's most recent public comments in early July, there's mounting evidence of a slowing global economy mostly due to the escalating U.S.-China trade war — including a fresh […] 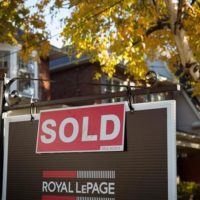 Aug 21 2019 — Andy Blatchford — The Canadian Press — OTTAWA — Canadian annual inflation hit the Bank of Canada's ideal target for a second straight month, providing a stretch of price stability that's unlikely to weigh heavily on next month's interest-rate decision. The inflation number came in at two per cent last month, Statistics Canada said Wednesday, which kept it right at the mid-point of the central bank's range of one to three per […] 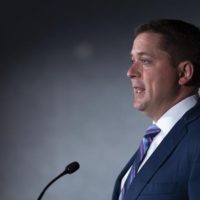 Aug 19 2019 — Andy Blatchford — OTTAWA — Questions about the SNC-Lavalin affair Monday trailed Justin Trudeau to Quebec — the seat-rich province at the centre of the controversy, and a place where the prime minister could conceivably limit the damage. A stinging report last week by federal ethics commissioner Mario Dion concluded that Trudeau violated the Conflict of Interest Act by improperly pressuring former attorney general Jody Wilson-Raybould to stop a criminal prosecution […] 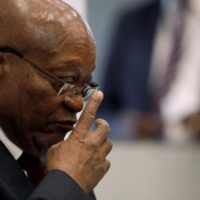 Aug 14 2019 — Andy Blatchford — OTTAWA — Canada's export credit agency says it regrets its 2015 decision to lend US$41 million to a South African company owned by members of a family facing corruption allegations related to their ties to former president Jacob Zuma. In the months and years that followed, the agency became increasingly concerned about the loan it provided to Westdawn Investments to backstop the sale of a […] 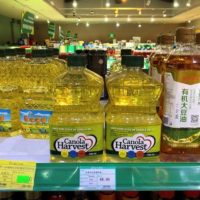 Aug 13 2019 — Andy Blatchford — OTTAWA — China's move to stop buying several Canadian agricultural products has punished some farmers, and now industry leaders are worrying about the prospect of a broader threat — an eventual U.S.-China trade deal. Canadian exports of beef, pork, canola and soybeans have largely been locked out of the massive Chinese market following the December arrest of Huawei executive Meng Wanzhou in Vancouver. Meng was detained on an extradition […] 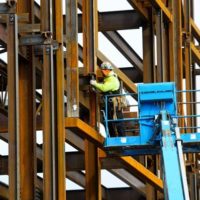 Aug 9 2019 — Andy Blatchford — OTTAWA — Wage growth accelerated last month to its fastest clip in more than decade, according to numbers released Friday from Statistics Canada. The 4.5 per cent burst came in a month that also produced less-positive data: the unemployment rate moved up to 5.7 per cent as Canada shed 24,200 jobs.  The increase in wages — as measured by year-over-year average hourly wage growth for all employees […] 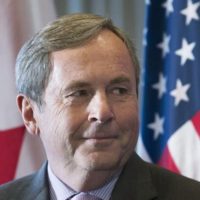 Aug 8 2019 — Andy Blatchford — OTTAWA — David MacNaughton, the U.S. ambassador who became the fulcrum of the federal Liberal government's strategy for managing relations with an impetuous and unpredictable White House, says he plans to step down from the post at the end of the summer. MacNaughton, who is vacating the job just weeks before Canadians go to the polls Oct. 21, said […] 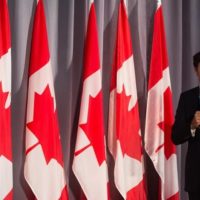 Aug 7 2019 — Andy Blatchford — OTTAWA — Prime Minister Justin Trudeau is facing pressure from civil society groups to update Canadians before the October election on his government's review of a multibillion-dollar arms deal with Saudi Arabia. The Liberals launched a review of the $15-billion contract to ship light armoured vehicles to the Middle East kingdom last fall after the killing of journalist Jamal […] 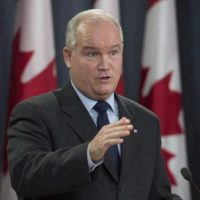 Conservatives, if elected, would work to restore ties with Saudi Arabia

Aug 2 2019 — Andy Blatchford — OTTAWA — A Conservative government, if elected this fall, would work to fix Canada's relationship with Saudi Arabia by trying to build back rapport with the kingdom in areas that it considers of mutual interest. Erin O'Toole, the Conservative critic for foreign affairs, said in an interview they would try to "win some trust" with Saudi Arabia by focusing on improving commercial ties and by offering […] 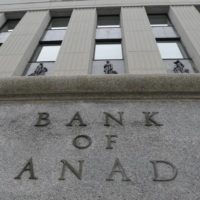 Jul 31 2019 — Andy Blatchford — The Bank of Canada is expected to stay on hold for now even after the U.S. Federal Reserve cut its interest rate Wednesday for the first time since the global financial crisis. The Fed's decision, which kept the door open for more easing, came at a time when the U.S. economy is still in solid shape. The reduction was widely expected. Fed chairman Jerome Powell […] 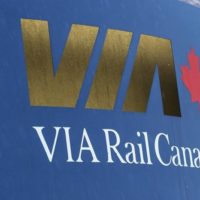 Jul 28 2019 — Andy Blatchford — OTTAWA — Via Rail's business case for a multibillion-dollar high-frequency-rail project between Toronto and Quebec City would receive a boost if it ditched the stretch from Montreal to Quebec City, internal federal documents say. The document, labelled "secret," was obtained by The Canadian Press under access-to-information law. The memo's release comes as Via looks for financial support to build dedicated rail lines that […] 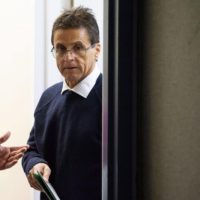 Jul 26 2019 — Andy Blatchford — Ottawa academic Hassan Diab is rejecting the results of an external review into his extradition case as a "whitewash exercise," arguing the document's only purpose was to absolve Canada's Department of Justice and to shield senior government officials from further scrutiny. The report, written by former Ontario deputy attorney general Murray Segal, concluded that federal lawyers who worked on Diab's case did their […] 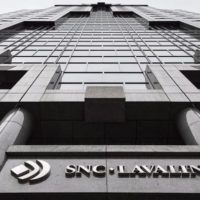 Jul 25 2019 — Andy Blatchford — OTTAWA — Export Development Canada says an independent review has cleared its personnel of any wrongdoing after a claim that its staff turned a blind eye to bribery and corruption in a 2011 transaction involving SNC-Lavalin. The Crown corporation launched a three-month probe after CBC News reported allegations by an unnamed SNC-Lavalin insider stating it was well known within the engineering firm that "technical fees" in its […]