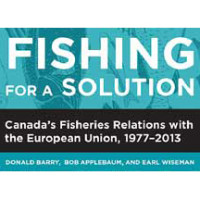 The Turbot War: A look back at how Canada stood up to foreign overfishing (book excerpt)

Jul 19 2014 — Donald Barry, Bob Applebaum and Earl Wiseman — A ten-year controversy between Canada and the European Union (EU) involving overfishing and fishing violations by EU vessels from Spain and Portugal in international waters outside Canada’s 200-mile limit came to a head in 1995. Fishing in those waters is managed by the Northwest Atlantic Fisheries Organization (NAFO). With scientists warning that turbot, the largest […]