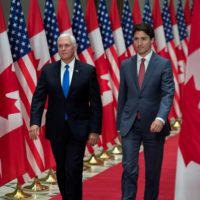 Justin Trudeau and Mike Pence: unlikely partners in an alliance of necessity

Jun 1 2019 — Chris Hall — CBC — The meetings in Ottawa this week between U.S. Vice-President Mike Pence and Prime Minister Justin Trudeau produced a lot of warm words about friendship, shared history, leadership and the importance of the Canada-U.S. trading relationship. It also injected a note of cold reality: this Liberal prime minister is prepared to go a long way to […] 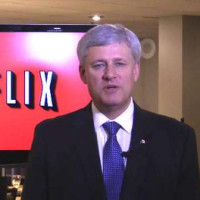 Why are politicians still terrified of taxing Netflix?

May 16 2019 — Chris Hall — CBC — Stephen Harper made it next to impossible heading into the 2015 election for any political party to propose a tax on Netflix, Google and other foreign online services. But two provinces are now charging sales tax on those foreign media companies, suggesting that at least some politicians now see the economic benefits outweighing the political […] 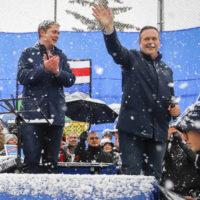 In Alberta’s election, everybody’s ‘standing up’ to Trudeau

Apr 13 2019 — Chris Hall — CBC — Andrew Scheer made a brief stop in Calgary late this week to campaign for former colleague and fellow Conservative leader Jason Kenney. Alberta is friendly turf for the federal party leader — even when the weather isn’t. The two stood on the back of a pickup truck in the middle of a baseball field Thursday, […] 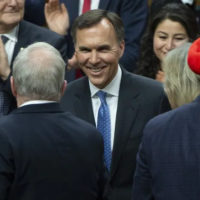 Mar 20 2019 — Chris Hall — CBC — Bill Morneau’s fourth budget is in the books, and that’s a good thing since he didn’t get a chance to deliver his speech in the Commons on Tuesday because of the din made by Conservative MPs determined to keep the public’s attention on the SNC-Lavalin affair. The Conservatives jeered. They pounded their desks and they […] 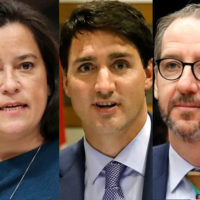 In the SNC-Lavalin affair, everyone seems to be entitled to their own opinions – and facts

Mar 6 2019 — Chris Hall — CBC — Gerald Butts intended his appearance Wednesday before the Commons justice committee to put an end to the SNC-Lavalin controversy that’s engulfed the federal Liberals for the past month. Whether he succeeded is far from clear. The former top adviser to Prime Minister Trudeau gave a measured and thorough presentation to committee members. His performance rivaled […] 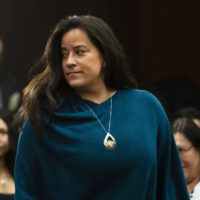 Feb 28 2019 — Chris Hall — CBC — Jody Wilson-Raybould said she wanted to tell her truth on the SNC-Lavalin story. The story she told Wednesday at the Commons justice committee is so vastly different from everything the prime minister has said until now that the two versions simply can’t be reconciled. The former attorney general spoke of veiled threats if she didn’t […] 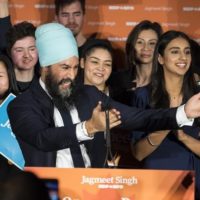 Singh survives byelection test. Can he shift focus from his leadership to NDP policies?

Feb 26 2019 — Chris Hall — CBC — Jagmeet Singh stepped before the microphones late Monday night, savouring a rare moment of victory. After 16 months without a seat in the Commons — and dire warnings from within his own party that he’d either win the seat or find himself looking for another job — the NDP leader defied his critics and the […] 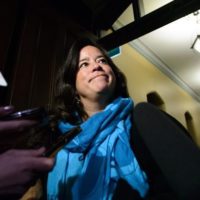 Feb 20 2019 — Chris Hall — CBC — Jody Wilson-Raybould spent more than two hours waiting outside the cabinet room on Tuesday while her former colleagues hotly debated her request to address them about the SNC-Lavalin affair. Multiple sources tell CBC News that some cabinet ministers were concerned about the optics of her unprecedented request to attend a meeting of the inner circle […] 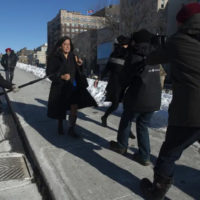 The SNC-Lavalin scandal so far: plenty of drama, few facts

Feb 20 2019 — Chris Hall — CBC — In official Ottawa, some weeks feel longer than others. This one scarcely got started before the SNC-Lavalin affair exploded — again — leaving more questions than answers. And it’s only Wednesday. First, Gerry Butts stunned everyone Monday by abruptly resigning as the prime minister’s top adviser — even as he insisted that neither he nor […]

Waiting for Wilson-Raybould: A political drama awaits an appearance by its star player

Feb 13 2019 — Chris Hall — CBC — Jody Wilson-Raybould said she left Prime Minister Justin Trudeau’s cabinet with a heavy heart. That forced Trudeau to deny that his government’s alleged heavy-handed efforts to get her to intervene in fraud and corruption charges against Quebec-based engineering firm SNC-Lavalin had anything to do with it. It was only a day earlier that Trudeau told […]

Canada’s in a corner over the Meng Wanzhou case, with no good options

Jan 30 2019 — Chris Hall — CBC — Scarcely 24 hours after U.S. prosecutors sent on the evidence they’d gathered in support of extraditing Meng Wanzhou from Canada to the United States, Foreign Affairs Minister Chrystia Freeland wasn’t even trying to put a gloss on the parlous state of Canada-China relations. “It is absolutely the case that we face a challenging situation with […] 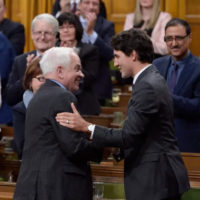 John McCallum’s political skills failed both him and Trudeau

Jan 27 2019 — Chris Hall — CBC — John McCallum got the job as Canada’s ambassador to China because of his political background. The clear signal to the Chinese was that the former cabinet minister could pick up the phone and speak directly to the prime minister. In the end McCallum’s political skills failed both him and the man who sent him to […] 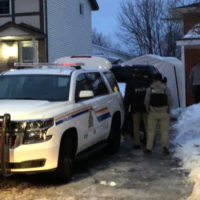 Jan 24 2019 — Chris Hall — CBC — The RCMP have arrested two people following raids on two homes in Kingston, Ont., in what officials are calling an anti-terrorism investigation involving multiple police forces. CBC News has learned the arrests included a minor and involved both Kingston police and the help of the FBI in the U.S. The RCMP will hold a news […]

Canada’s ambassador to China says Huawei’s Meng has ‘strong case.’ That puts Trudeau in a bind

Jan 23 2019 — Chris Hall — CBC — For weeks now, the Canadian government has argued it is simply following the rule of law in detaining Huawei executive Meng Wanzhou on behalf of the United States. From the prime minister on down, officials have consistently argued that her extradition case is a judicial matter, free of any political interference. That position took a […] 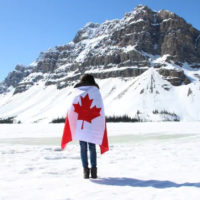 Out in the cold: Canada’s year in foreign policy

Dec 20 2018 — Chris Hall — CBC — It’s increasingly evident, as 2018 limps to a close, that Canada is more isolated on the world stage now than it has been in decades — thanks in large part to an indifferent neighbour to the south and the rise of isolationist and populist leaders in other parts of the world. The challenges facing Justin […]