Apr 15 2019 — Don Braid — Calgary Herald — This election campaign comes to no gentle end. Rather, it slams into the finish line, brakes screeching, as hot and emotional as ever. On Sunday, Alberta Party Leader Stephen Mandel charged that phony robocalls were going out with a voice that sounds like his, saying that he wants people to vote for UCP Leader Jason […]

As election stakes rise, so does dissent in Kenney’s UCP

Jan 16 2019 — Don Braid — Calgary Herald — Some Alberta fantasists thought provincial conservatives would truly unite after the mass floor-crossings of 2014, or the formation of the United Conservative Party in 2017. It was not to be. Maybe it will never be. Our homegrown conservatives are born to brawl. They’re at it right up to the eve of a crucial provincial election […] 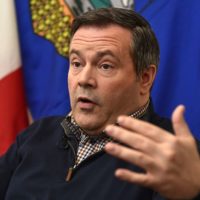 Dec 29 2018 — Don Braid — Postmedia — “No apology if this sounds bellicose,” says UCP Leader Jason Kenney, explaining why he believes Alberta should fight back hard against anti-oil activists. The counter-attack shouldn’t just come from government, according to Kenney. He insists that industry leaders join his battle. If he’s elected, he says, “I will call in the CEOs of major oil […]

Notley firmly rejects separatism but vows to fight on

Dec 28 2018 — Don Braid — Calgary Herald — Premier Rachel Notley knows exactly where she stands on this Alberta separatism thing. “I say that my Canada includes Alberta, and my Alberta is part of Canada,” she says in a year-end interview. “We have an obligation as political leaders to find a solution. We absolutely have to find a solution. “Nobody wins in the […]

Talk of Alberta exit is out in the open again

Dec 12 2018 — Don Braid — Calgary Herald — After lying dormant for nearly 40 years, talk of Alberta separatism is again boiling to the surface. On Tuesday, Premier Rachel Notley said she’s well aware of the increasing chatter about giving up on Canada. And she dealt with the question exactly as the first PC premier, Peter Lougheed, did back in the 1980s. “I […]

Oil cuts a necessary evil for a province wounded by Ottawa

Dec 3 2018 — Don Braid — Calgary Herald — The imposition of oil production cuts in Alberta isn’t just the sign of a province in trouble. It’s proof of a country in trouble. The Notley government is doing this because it’s the only way to force up prices and begin closing the extreme price gap between Alberta oil and West Texas crude.

Nov 21 2018 — Don Braid — Calgary Herald — There’s long been a view in Alberta that the Trudeau government is intentionally winding down Alberta’s oilsands, and ultimately the entire fossil fuel industry. This belief has a basis in fact. Indeed, you could say it’s not a fake fact, but an honest-to-goodness fact fact. It was Prime Minister Justin Trudeau himself who said in […]

Nov 12 2018 — Don Braid — Calgary Herald — “Vile” is a mild word for John Carpay’s linking of the swastika and the hammer and sickle with the rainbow flag of Gay Pride. His comments at a Rebel gathering on Saturday were disgusting, demeaning and dangerous. Referring to totalitarianism, he said: “We gotta think about the common characteristics. It doesn’t matter whether it’s the […] 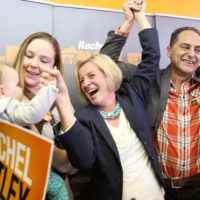 NDP member kicked out after accusing premier of bullying

Nov 6 2018 — Don Braid — Calgary Herald — Robyn Luff left in a huff, shocking her caucus and dealing a rare blow to Premier Rachel Notley’s image as a benign and cheery leader. By 9:50 Monday evening, the NDP caucus had voted to kick her out, saying other NDP MLAs “have lost confidence in her ability to participate as a productive and trustworthy […] 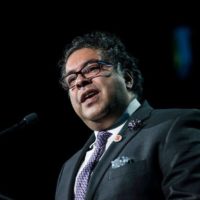 A late-night Olympic deal is struck. Now it’s up to council

Oct 31 2018 — Don Braid — Calgary Herald — They shrunk the Games. That was one of several devices used to get an Olympic deal, announced quite literally at the 11th hour Tuesday night. It’s signed by the feds, the province and Calgary’s BidCo. The line set aside for Mayor Naheed Nenshi is blank. No signature. Council still has to accept the agreement. And […] 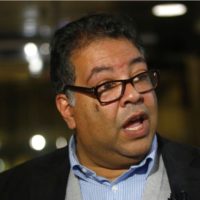 Oct 28 2018 — Don Braid — Calgary Herald — Mayor Naheed Nenshi says he’ll urge councillors to cancel the city’s Olympic bid unless a funding deal is reached over the weekend. The revelation came in a letter sent late Friday to Prime Minister Justin Trudeau. “If we cannot come to a mutually agreeable conclusion by Monday, I deeply regret that I will have no […] 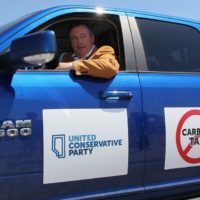 Kenney’s cause scores a cash bonanza from car dealers

Oct 23 2018 — Don Braid — Calgary Herald — Jason Kenney loves his big blue pickup. In return, auto dealers love Jason Kenney. Twenty-six Alberta car and truck car dealerships have donated a total of $170,000 to the UCP leader’s cause in the past three months. The Motor Dealers Association of Alberta (MDA) also pledged $100,000 that hasn’t been donated yet. The money goes […] 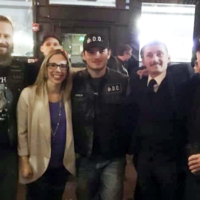 Alberta’s UCP keeps kicking out extremists, but they keep on coming

Oct 11 2018 — Don Braid — National Post — The candidate is gone, Odin be praised, but the aroma lingers on. On Thursday the United Conservative Party disqualified nomination candidate Lance Coulter, who had a cheery chat with Soldiers of Odin at an Edmonton nomination event. This is just the latest, and the most serious, of UCP run-ins with candidate hopefuls who appear untroubled […] 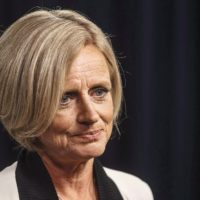 Sep 5 2018 — Don Braid — Calgary Herald — Fury mixed with hopelessness makes for a poisonous political stew. That’s where many Albertans are today, as last week’s pipeline rejection sinks in. This is a truly toxic moment for the province: another sign that national projects can’t be built; further evidence that the federal consultation “process” (are you hating that word yet?) is a […]