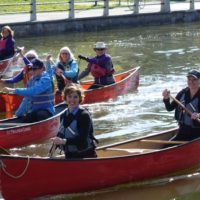 Apr 6 2017 — Dean Beeby — CBC — Parks Canada is testing mucky sediment along the Ottawa stretch of the Rideau Canal to decide whether the UNESCO World Heritage Site should be added to an inventory of Canada’s most contaminated properties. At the same time, the Ontario government is investigating whether game fish in the canal have dangerous levels of toxins, and should […] 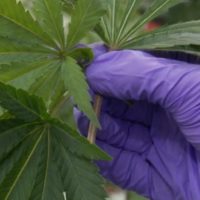 Mar 15 2017 — Dean Beeby — CBC — More stoned workers will be showing up in Canada’s workplaces with the coming legalization of marijuana, but companies have few tools to cope with potential safety risks. That’s the message from some employers, who say they’ve received no assurances from Ottawa so far that the new pot regime will include workplace safeguards. “We’re caught in […] 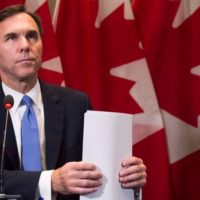 Mar 14 2017 — Dean Beeby — CBC — Finance Canada is spending a record amount for paper copies of next week’s budget documents, despite the Liberal government’s embrace of the digital economy. The department has signed a $554,000 contract with an Ottawa-based printer for the blizzard of budget documents to be released March 22. That’s almost a quarter-million dollars higher than the last […] 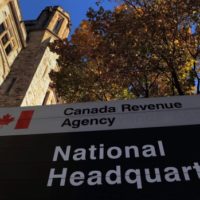 Dec 21 2016 — Dean Beeby — CBC — Canada Revenue Agency workers continue to snoop on the confidential tax files of businesses, acquaintances and others, despite at least $10.5 million spent so far to try to stop them. CBC News has uncovered nine significant cases reported since Jan. 1 in which tax workers improperly poked around the government’s electronic records to extract sensitive […] 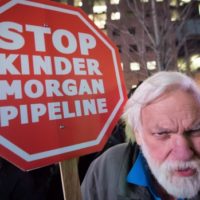 Dec 6 2016 — Dean Beeby — CBC — A small environmental group opposed to Liberal pipeline policies is still under threat by the Canada Revenue Agency – almost five years after getting into trouble with the taxman for opposing Conservative pipeline policies. The tax agency has notified Environmental Defence Canada Inc. in writing that it plans to revoke its charitable status because the […] 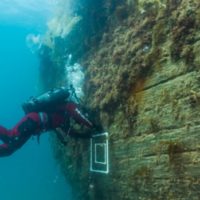 Britain to get 1st major exhibition of Canada’s Franklin artifacts

Dec 4 2016 — Dean Beeby — CBC — The first major exhibition of artifacts from the sunken Arctic wreck of HMS Erebus is planned during Canada’s 150th birthday next year — but Canadians will have to travel to Britain to see it. The Franklin expedition show, sponsored in part by the Canadian Museum of History, will debut in 2017 at the National Maritime […] 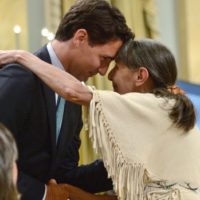 Nov 25 2016 — Dean Beeby — CBC — Auditors got suspicious when invoices showed a mental-health professional working with Indigenous patients had billed Health Canada for more than 28.5 hours of counselling in a single 24-hour period. After painstaking analysis of hundreds of invoices, Health Canada abruptly terminated its agreement with the woman late last year when auditors reported she had overbilled taxpayers […] 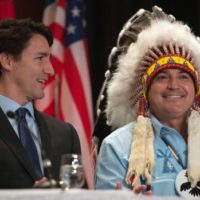 Nov 21 2016 — Dean Beeby — CBC — The Liberals’ vaunted support for First Nations, Métis and Inuit job-seekers appears to be absent in the government’s own hiring practices. Indigenous and Northern Affairs Canada went on a hiring spree this year — and so far there are relatively few Indigenous workers among the lucky recruits for stable, full-time jobs. In a 1996 written […] 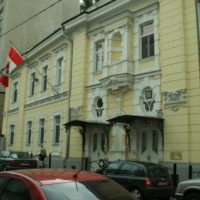 Nov 10 2016 — Dean Beeby — CBC — A mansion in Rome that was supposed to reap big real-estate profits for the federal treasury has instead cost taxpayers about $1 million, as a grand plan to cut the operating costs of Canada’s official residences abroad fizzles. Global Affairs Canada cancelled the sale of its Rome official residence in May, and later moved the […] 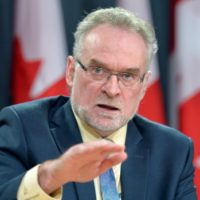 Nov 3 2016 — Dean Beeby — CBC — Shared Services Canada approved more than $1.5 million in bonuses and merit pay for its executives, despite a year of widespread criticism of the agency’s botched technology projects. More than 100 senior managers were awarded the extra pay in the summer, including 19 who received bonuses of about $4,300 each, CBC News has learned. The […] 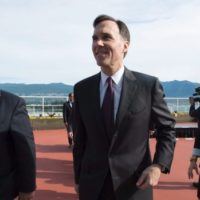 Beefing up CPP will hurt economy longer than disclosed: document

Oct 27 2016 — Dean Beeby — CBC — A deal to give Canadians bigger payouts under the Canada Pension Plan will hurt the economy longer than the government has previously disclosed. CBC News has learned that internal Finance Department projections show the recent agreement between Ottawa and the provinces will act as a drag on the economy until 2030. And the impact on […] 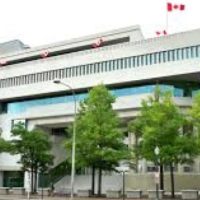 Sep 23 2016 — Dean Beeby — CBC — The federal government broke its own workplace rules by making some of its interns work for free, an internal investigation has found. At least four departments and agencies, including Global Affairs Canada, were caught violating a policy that requires interns to be paid unless their educational program specifically prohibits it. One of the offending departments, […]

Mar 24 2016 — Dean Beeby — CBC — This week’s federal budget is banking on $10 billion in new tax revenues over the next five years in areas where the Canada Revenue Agency has a poor track record: collecting bad debts and cracking down on offshore tax havens. The Finance Department says recovering that money will cost the agency only about $800 million […] 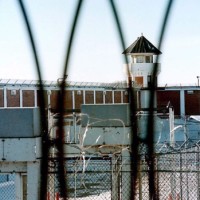 Oct 4 2015 — Dean Beeby — CBC — An unpublished study by the Justice Department is critical of a recent Harper government measure that allows further restrictions on the freedom of people who’ve been found not criminally responsible of serious crimes, usually because of mental illness. The $6,000 study was commissioned in March from Justice Richard D. Schneider, Canada’s foremost expert on the […] 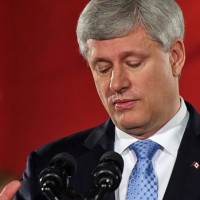 Aug 23 2015 — Dean Beeby — CBC — Canada scores poorly among developed countries in providing public pensions to seniors, according to an internal analysis of retirement income by the federal government. And voluntary tax-free savings accounts or TFSAs, introduced by the Harper Conservatives in 2009, are so far unproven as a retirement solution and are largely geared to the wealthy. Those are […]