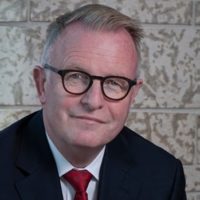 Apr 8 2021 — Daniel Leblanc — CBC — The CEO of the Canadian Museum of History, who was at the centre of a workplace harassment investigation, has resigned just two months before his official retirement date. Mark O’Neill was the subject of a complaint last summer that prompted the investigation. Sources have told Radio-Canada that the complaint was related to O’Neill’s management style […] 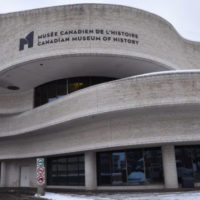 Jan 28 2021 — Daniel Leblanc — CBC — Review examined conduct of long-time CEO Mark O’Neill who has been on sick leave since summer. Internal problems at the Canadian Museum of History are expected to be resolved in the coming days, now that an investigation into the conduct of long-time CEO Mark O’Neill has been completed. Michelle Flaherty, the lawyer who investigated a […] 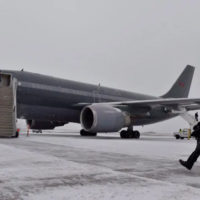 Dec 22 2020 — Daniel Leblanc — CBC — The federal government is exploring the possibility of replacing its aging fleet of transportation planes as part of a planned bailout of the country’s battered airline industry, federal sources said. While plans to replace the Canadian Armed Forces’ five CC-150 Polaris aircraft have been in the works for years, government officials said they have started […] 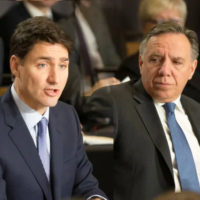 Dec 15 2020 — Daniel Leblanc — CBC — The federal government is planning to use an upcoming reform of the Official Languages Act to draft new rules on the use of French in federally regulated companies in Quebec, sources tell Radio-Canada. The measures would form Ottawa’s response to growing pressure from the Quebec government to protect the rights of French-speaking workers in federally […] 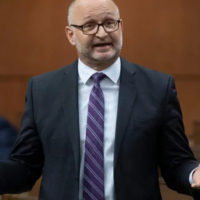 Nov 19 2020 — Daniel Leblanc — CBC — A lawyer who contributed $2,900 to Justice Minister David Lametti’s Liberal nomination bid and riding association has received a judicial appointment, sources tell Radio-Canada. Montreal lawyer Philippe Bélanger was appointed to the bench through a lengthy process that caused tensions between the Prime Minister’s Office and Lametti’s office, sources said. One person involved in the […] 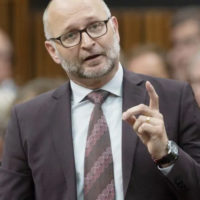 Nov 9 2020 — Daniel Leblanc — CBC — One of the country’s most prominent legal advocacy groups is criticizing the Trudeau government’s judicial appointment process, saying the “political vetting of candidates” could undermine Canadians’ trust in the judiciary. In an open letter dated Nov. 6, the Canadian Bar Association said the federal process is “open to speculation about political interference” — echoing opposition […] 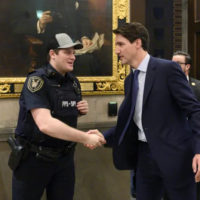 Nov 6 2020 — Daniel Leblanc — CBC — The House of Commons is getting ready to boost security measures for MPs outside of the parliamentary precinct in response to growing concerns about the risk of political violence, sources tell Radio-Canada. The move comes after a series of incidents raised red flags with federal elected officials — including an attempt at a sidewalk “citizen’s […] 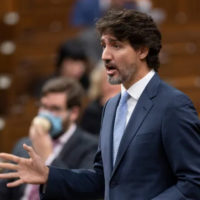 Oct 20 2020 — Daniel Leblanc — CBC — A Liberal official complained to his superiors last year about the Prime Minister’s Office playing an overbearing role in the judicial appointment process, warning that partisan considerations have created the “potential for a scandal,” according to emails obtained by Radio-Canada. 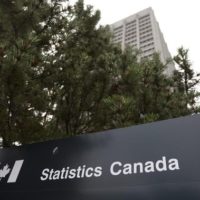 Jul 16 2020 — Daniel Leblanc — Globe and Mail — The 2021 census will for the first time count transgender Canadians and include new questions designed to get better data on Indigenous communities, linguistic minorities and ethnic groups. According to federal officials, the new census questionnaires will address long-standing requests from groups who said the previous census questionnaire did not count everyone in their communities […] 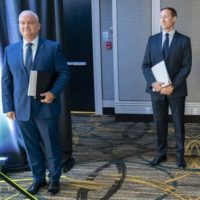 Jun 18 2020 — Daniel Leblanc — Globe and Mail — Erin O’Toole and Peter MacKay quickly went after one another in the first debate of the Conservative Party’s leadership race, with the two front-runners fighting over their respective experience in government and their ability to lead the party to victory in the next election. In the first portion of the French-language debate, Mr. O’Toole took […] 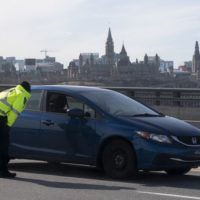 May 16 2020 — Daniel Leblanc — Globe and Mail — The move didn’t come in time for the long weekend, but next week the Quebec government will be lifting the checkpoints that prevented thousands of Ontario residents from going to their cottages in the Gatineau Hills or from undertaking other non-essential activities in the province. The partial closing came into effect on April 1 as […] 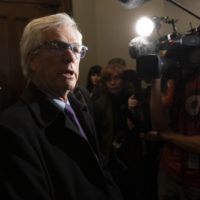 May 5 2020 — Daniel Leblanc — Globe and Mail — Justice Colleen Suche of the Manitoba Court of Queen’s Bench has been rebuked by her superiors and the Canadian Judicial Council for inappropriately giving advice on judicial appointments to the federal government and her husband, Liberal MP Jim Carr. The CJC investigated Justice Suche’s role in federal appointments after The Globe and Mail revealed in […] 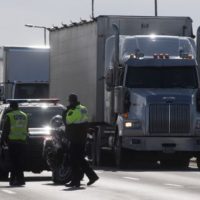 Apr 22 2020 — Daniel Leblanc — Globe and Mail — Ottawa is closely monitoring the Canadian workforce – especially in the agricultural and transportation sectors – over worries the country’s medical and food supplies remain vulnerable to worker shortages caused by the COVID-19 pandemic, according to a federal document and government officials. 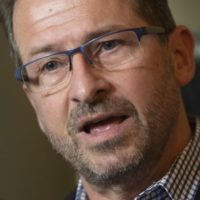 Apr 8 2020 — Daniel Leblanc — Globe and Mail — The Bloc Leader is a blocker. In recent days, a number of Conservative MPs and staff have discovered they have been blocked on Twitter by Yves-François Blanchet, the Bloc Québécois Leader who is a keen user of the social-media platform. By using the block function, Mr. Blanchet has prevented at least seven Conservative officials – […] 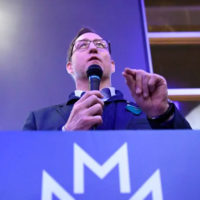 Feb 20 2020 — Daniel Leblanc — Globe and Mail — Conservative leadership candidate Peter MacKay has deleted and replaced a tweet that praised the actions of “counter protestors” who tried to clear a blockade on CN tracks in Edmonton. “Glad to see a couple Albertans with a pickup can do more for our economy in an afternoon than Justin Trudeau could do in four years,” […]