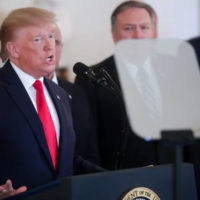 Jan 14 2020 — Don Pittis — CBC — So when should a company CEO take a stance? According to the business principle of shareholder primacy, there is an argument that Sunday’s Twitter attack on U.S. President Donald Trump by the CEO of Maple Leaf Foods, Michael McCain, was dead wrong.

Dec 16 2019 — Don Pittis — CBC — Whether you love or hate the idea of Boris Johnson’s sweeping victory in last week’s U.K. election, there is a potential bright side for Canada. Just as in our own parliamentary system that we inherited from Westminster, a party can win the most seats — even a commanding majority, like the British Conservatives — without […] 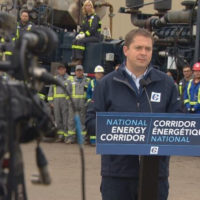 Oct 23 2019 — Don Pittis — CBC — Much has been made of the difficulty facing Prime Minister Justin Trudeau as he tries to manage a fractured country with a minority Liberal government. But Conservative Leader Andrew Scheer himself is facing a burden so onerous it seems almost impossible. The Herculean task for Scheer — or any successor — is how to formulate […]

Deficits can mean pain ahead, or they can be an investment in the future

Oct 1 2019 — Don Pittis — CBC — Should Canadians be worried when elected officials, or politicians who want your vote, promise to spend money they don’t have? The fear that the credit crunch and recession of 2008 would turn into something much worse accorded governments new licence to put taxpayer-backed money to work in the economy. And that new freedom to shell […] 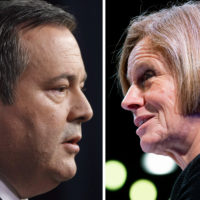 Climate change politics may defy even the most rational arguments

Mar 25 2019 — Don Pittis — CBC — In the final year of its existence, a private sector group that advocates in favour of carbon taxes is taking another stab at convincing Canadians. Despite a recent spate of storms and floods whose violence scientists blame on climate change, anti-carbon tax politics seems to be in the ascendancy in many provinces. Between that and […] 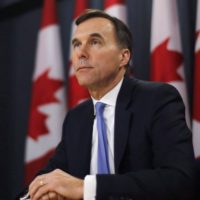 Mar 11 2019 — Don Pittis — CBC — If, as the prime minister has said, the current political circus over SNC-Lavalin began as an effort to focus on jobs and the economy, it appears to have all gone spectacularly wrong. Now, just as a series of Canadian data shows our leaders should be concentrating their efforts on economic concerns, the attention of government […]

Sep 17 2018 — Don Pittis — CBC — In a phrase variously attributed to Oscar Wilde and George Bernard Shaw, the United States and Britain are “two countries divided by a common language.” When it comes to the word liberal, that must certainly be the case. As usual, many Canadians, caught between British and American definitions, are, quite reasonably, in a state of […]

A deadline could be good for trade talks, but Trump’s isn’t firm

Aug 29 2018 — Don Pittis — CBC — There are few things better than a hard deadline to concentrate the minds of a group of people trying to make a deal. Debra Steger, part of the Canadian team that hammered out the world’s most most massive and complicated trade deal of all time, the Uruguay Round that resulted in the World Trade Organization, […] 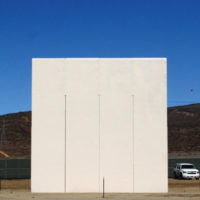 Jan 22 2018 — Don Pittis — CBC — Completing Donald Trump’s Mexican border wall seems as far away as it ever did. But some Canadian trade experts fear the protectionist president may be succeeding in building trade walls that could weaken the entire global economy. The protectionists haven’t won yet. And if the current U.S. administration really wants to throw a wrench into […]

Jan 8 2018 — Don Pittis — CBC — Reading any statement from an economist on the subject of minimum wage, you might think the eventual results are unequivocal and well understood. The strongest critics of Ontario’s sharp hike on Jan. 1 in the hourly rate from $11.60 to $14 use traditional economics to predict certain doom for an economy devastated by plunging employment. […]

Aug 14 2017 — Don Pittis — CBC — It seems only months ago that Brad Wall was one of the most popular politicians in Canada. In 2016 his conservative Saskatchewan Party swept to its third consecutive election victory, taking all but 10 seats in the 61-seat provincial legislature. But starting this spring, the mood in the province changed.

Apr 4 2017 — Don Pittis — CBC — Gigantic pay packages for corporate executives always come with an intricate set of justifications, especially after they’ve generated public outrage. “Today, Bombardier is a $16-billion high-technology company on a growth path to $25-billion by 2020,” Jean Monty, head of the group that decides how much Bombardier executives deserve, declared Sunday. Monty himself raked in multimillion-dollar […] 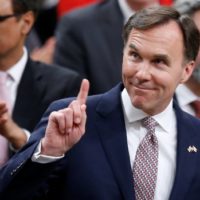 Mar 23 2017 — Don Pittis — CBC — Maybe it’s never a good time for greater equality. When Finance Minister Bill Morneau and his team of public servants began putting the final touches on his budget a few weeks ago, things could hardly have looked better for the economy. Oil prices were in recovery, but in no danger of pushing the loonie up […]

Trump the destroyer could herald an unintended revolution

Oct 3 2016 — Don Pittis — CBC — While in almost every respect Democrat Hillary Clinton comes off as a safer pair of hands, last week’s U.S. presidential debate left a nagging feeling that Republican Donald Trump, by playing the anti-establishment radical, might yet talk his way to victory. Trump succeeded in painting Clinton as the status quo candidate. A survey of his […]

Politicians are green until they’re intimidated by the electoral price

Sep 15 2016 — Don Pittis — CBC — You can boast to your grandchildren that you lived through a technological revolution. That is, if you’re lucky. But rather than speeding us through a capitalist-led transformation to a high-tech low-carbon economy, politicians seem to be getting cold feet, fearful that voters won’t accept the short-term pain of the costs involved. Everything sounded so different […]