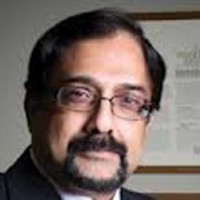 The U.K. Supreme Court delivers a game-changer for prime ministers around the world

Sep 24 2019 — Errol P. Mendes — Globe and Mail — In a damning ruling delivered on Tuesday afternoon, the very nature of parliamentary democracy around the world was shaken. The U.K. Supreme Court found that the advice given by Prime Minister Boris Johnson to the Queen – that is, that she should prorogue Parliament – is indeed subject to judicial review. What this means, fundamentally, […]

On international law, Canada is trying to play by the rules as the U.S. and China break them

Dec 14 2018 — Errol P. Mendes — CBC — Canada is currently caught in vice between observing the demand of justice and the rule of law and the volatile practice of the rule by men in the U.S and China. Canada had a legal obligation under the extradition treaty with the U.S. to arrest Huawei executive Meng Wanzhou when she was in Vancouver changing […]

Aug 3 2016 — Errol P. Mendes — Globe and Mail — Prime Minister Justin Trudeau is continuing the push to transform how members of Canada’s key institutions are appointed, unveiling a new process to select Supreme Court justices. The move he announced Tuesday is similar to the dramatic steps to make the Senate and the appointment of senators less partisan and more transparent by establishing an […]

Senate cleansing is under way, and overdue

May 3 2016 — Errol P. Mendes — Globe and Mail — Mike Duffy may return to the Senate this week as a legislator with his full rights and privileges. He may even ask for repayment of his suspended pay, arguing that a judge ruled that he did nothing criminally wrong when acquitting him of 31 charges of fraud, breach of trust and bribery. No doubt many […]

On the Saudis and human rights, Canada needs to stop contradicting itself

Jan 14 2016 — Errol P. Mendes — iPolitics — A new government often finds itself handcuffed by decisions made by the old one — decisions that can’t easily be overturned. The Trudeau Liberals are in a classic no-win over their decision to go ahead with the controversial $15 billion sale to Saudi Arabia of armoured vehicles, a sale that will lead to 3,000 well-paid […]

Nov 13 2015 — Errol P. Mendes — National Newswatch — The actions of the main political players in Canada’s 42nd elections provides lessons that can instill both hope and fear for many parts of the world. The most important of the lessons stems from the appalling attempt by the former governing Conservative Part led by Prime Minister Stephen Harper and his cabinet to engage in […]

Jul 26 2015 — Errol P. Mendes — Sun Media — On Friday, Prime Minister Harper started playing Russian roulette with one of the founding institutions of the Canadian Constitutional order, the Senate. He promised not to recommend to the Governor General any more Senate appointments daring the provinces to either agree to reforming the Senate or in the absence of such agreement to have it […]

Feb 26 2015 — Errol P. Mendes — Toronto Star — Four former Canadian prime ministers (including a Conservative) and five former Supreme Court justices have warned Conservative Prime Minister Stephen Harper that protecting the security of Canadians and their most important freedoms is not a zero sum game. In their own words criticizing his anti-terrorism legislation, Bill C-51, they warn: “Protecting human rights and protecting […]

Feb 3 2015 — Errol P. Mendes — Toronto Star — When a prime minister announces one of the most draconian anti-terrorism bills in his nation’s history — and does this not in the national legislature, but at an election-type campaign stop in a riding his party hopes to hold in a looming election — Canadians should be worried about the democratic stability of the country. […]

Jan 19 2015 — Errol P. Mendes — iPolitics — Stephen Harper, in the aftermath of the horrific mass murder at Charlie Hebdo and the kosher grocery store in Paris, took to the airwaves to warn the “international jihadist movement” has declared war on countries around the world, and vowed Canada will do what it can to eliminate the threat and protect Canadians. He could […]

How partisan Conservative ads undermine the rule of law

Dec 22 2014 — Errol P. Mendes — Globe and Mail — In what country does a government take tax revenues and use it to pump out continuous government propaganda that tries to brainwash the citizens with its performance, whether truthful or not? Many would suggest China, Russia or even Zimbabwe. Sadly, it is also true in the Canada governed by the Stephen Harper Conservatives.

Harper goes to the UN for domestic consumption in 2014

Sep 21 2014 — Errol P. Mendes — National Newswatch — In the week of September 22, 2014, Stephen Harper will address the UN General Assembly, the global forum that not only he has shunned in his almost nine years of office but also one that his Foreign Minister, John Baird, has so infamously dismissed as a debating club for dictators. So one can be rightly […]

Attempt to smear Chief Justice an affront to our constitutional system

May 2 2014 — Errol P. Mendes — Globe and Mail — A fundamental principle of democracy is that elected governments understand and appreciate the workings of checks and balances against their range of powers. In the Canadian constitutional system, even if a government has a majority in the House of Commons, a prime minister will understand that his political goals will sometimes be challenged by a […]

The Constitutional Dangers in the Senate Reform and Nadon Debacles