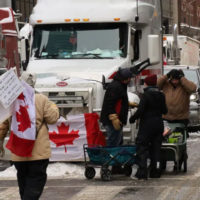 Feb 10 2022 — Elizabeth Thompson — CBC — Hundreds of the GoFundMe donations to the truck convoy protest came from donors who said they were located outside of Canada, according to an analysis of data collected by CBC News. The analysis of a sample of more than 6,600 comments made on the GoFundMe crowdfunding page before it was shut down shows that 573 […] 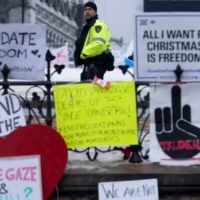 Feb 3 2022 — Elizabeth Thompson — CBC — A parliamentary committee has voted unanimously to call officials from the popular crowdfunding site GoFundMe to answer questions about a fundraiser that has collected more than $10.1 million to support the anti-vaccine mandate protest in Ottawa. The motion, proposed by NDP MP Alistair MacGregor, calls on company officials to appear before the House of Commons […] 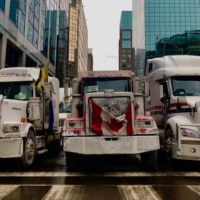 Feb 2 2022 — Elizabeth Thompson — CBC — The popular crowdfunding site GoFundMe has paused a multi-million dollar fundraiser for the convoy protest now tying Ottawa in knots, saying it wants to ensure that the fundraiser complies with its terms of service. Late Wednesday afternoon, a notice suddenly popped up on the “Freedom Convoy 2022” fundraising page. “This fundraiser is currently paused and […] 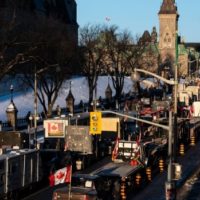 Jan 29 2022 — Elizabeth Thompson — CBC — Critics are calling on the federal government to introduce new rules for online fundraising campaigns after a fundraiser for this weekend’s protest in Ottawa against vaccine mandates raised millions of dollars — in part from anonymous donors and people using fictitious names. Green Party parliamentary leader Elizabeth May said the GoFundMe fundraiser for the protest […] 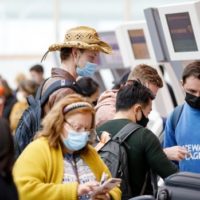 Jan 24 2022 — Elizabeth Thompson — CBC — Zipping through the Canada-U.S. border in 15 seconds. Facial recognition cameras at the airport to open an electronic gate. Sending your declaration to customs before you even get off the plane. Those are just some of the changes in the works at the Canada Border Services Agency (CBSA) — partly as a result of the […] 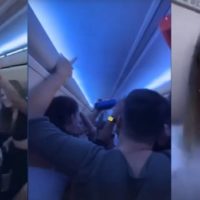 Jan 17 2022 — Elizabeth Thompson — CBC — More than 1,700 passengers refused to wear masks during flights on Canadian air carriers last year — a problem the union representing many of Canada’s flight attendants says is getting worse. Figures collected by Transport Canada show that 959 of those cases resulted in enforcement action, ranging from warning letters to fines. Airlines like Air […] 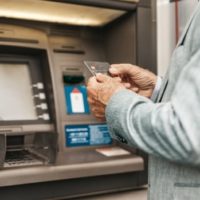 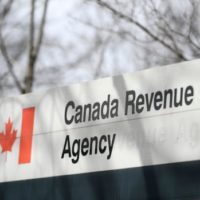 Dec 16 2021 — Elizabeth Thompson — CBC — The Canada Revenue Agency should do a better job of letting Canadians suffering hardship as a result of its actions know about the options available to them, Canada’s taxpayers’ ombudsperson said Thursday. In his annual report, François Boileau said the CRA should make it easier for taxpayers facing hardship to find information that can help […] 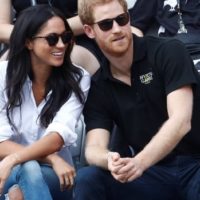 Dec 8 2021 — Elizabeth Thompson — CBC — Protecting Prince Harry and his family during visits to Canada cost Canadian taxpayers more than $334,000 over a period of less than four years, CBC News has learned. Records obtained by CBC News from the Royal Canadian Mounted Police under the Access to Information Act show that security related to Harry’s visits between April 1, […] 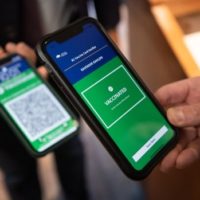 Oct 2 2021 — Elizabeth Thompson — CBC — NDP MP Don Davies is calling on Prime Minister Justin Trudeau’s government to act quickly to introduce a single, secure, national proof of vaccination after CBC News reported that cybercriminals are offering to sell fake Canadian provincial vaccination certificates online. “If the federal government hurried up with a national vaccine passport, it would cut down […] 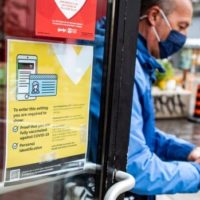 Oct 1 2021 — Elizabeth Thompson — CBC — As provinces and employers across Canada increase restrictions on the unvaccinated or introduce vaccine passports, cybercriminals are attempting to cash in by offering fake vaccination certificates for sale online. Sellers are offering phoney proof-of-vaccination documents for several provinces that apparently look just like the real thing. Some of them even claim to be able to […] 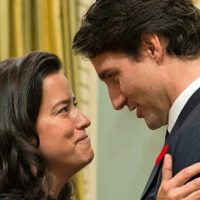 Full story of SNC-Lavalin affair still to be told: Wilson-Raybould

Sep 11 2021 — Elizabeth Thompson — CBC — The full story of what happened in the SNC-Lavalin affair has yet to be told, says former Justice Minister Jody Wilson-Raybould in a scathing new book recounting her time in Prime Minister Justin Trudeau’s government. In “Indian in the Cabinet, Speaking Truth to Power,” Wilson Raybould suggests that while the Trudeau government has considered the […] 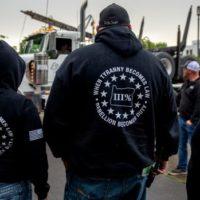 Sep 10 2021 — Elizabeth Thompson — CBC — People’s Party of Canada Leader Maxime Bernier has been using a phrase in speeches and in tweets similar to one used by members of a far-right militia group — some of whom participated in the storming of the Capitol Building in Washington earlier this year. Experts who monitor online extremism say Bernier’s repeated use of […] 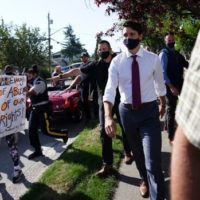 Sep 2 2021 — Elizabeth Thompson — CBC — It’s something almost as old as elections themselves. Demonstrators show up at political leaders election campaign events, chanting and holding signs. Often, the protests are organized by existing interest groups or political opponents. While they make a lot of noise, they are predictable. But many of the protests following Prime Minister Justin Trudeau around during […] 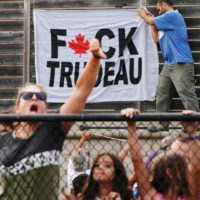 Aug 31 2021 — Elizabeth Thompson — CBC — They were two-words launched into the middle of a Canadian election that exploded online. A week into the election campaign, Deputy Prime Minister Chrystia Freeland tweeted a video of Conservative Leader Erin O’Toole responding to a question about his views on private, for profit, health care in Canada. Twitter suddenly slapped a tag on the […]