Good news about that Liberal victory

Nov 7 2015 — Gerry Nicholls — Sun Media — Now that the collective shock brought on by the recent federal election has faded, it’s time for Canadian conservatives to climb off all those ledges they’ve been precariously perched upon of late so they can soberly ponder the future. And the first thing conservatives need to understand is that the recent Liberal majority victory might […]

A zombie apocalypse for conservatives?

Oct 19 2015 — Gerry Nicholls — Sun Media — If public opinions polls are correct (always a big “if”) it seems Canada’s next prime minister could well be Liberal Leader Justin Trudeau. Just let that sink in. If you’re a conservative you likely find the idea of “Prime Minister Trudeau” only slightly less horrifying than a zombie apocalypse. But should it really scare conservatives […]

Why the elites hate Harper

Sep 21 2015 — Gerry Nicholls — Sun Media — If anybody tells you the federal election going on right now is just a regular run-of-the-mill political contest between rival parties, don’t believe it. In fact, this election is actually nothing less than a full-blown cultural war. Or at least, that’s the view of Canada’s cultural, media and academic elites, i.e. all those columnists, artists […] 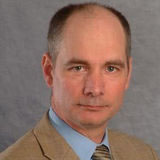 Jun 29 2015 — Gerry Nicholls — Postmedia — It always amazes me when intelligent people argue that the best way to safeguard democracy is to restrict free speech. After all, it should be self-evident that the right to free expression is the lifeblood of any free and democratic society. The more voices heard, the more debate that’s raised, the more points of view […]

Political Ads for the Elites

May 26 2015 — Gerry Nicholls — When it comes to politics, we Canadians have to put up with a lot of outrageous nonsense: broken campaign promises, sleazy scandals, Elizabeth May. But it seems the people most annoyed by certain workings of the democratic process are Canada’s media and intellectual elites, i.e. university-educated professionals who are specially trained to relentlessly lecture us […]

Jan 26 2015 — Gerry Nicholls — National Newswatch — In case you haven’t noticed, Liberal leader Justin Trudeau’s entire strategy can be summed up in two simple words: photo op. OK, that’s more like one and a half words, but you get my point. Rather than focusing on hard to explain stuff like policies and platforms, Trudeau is using charming photo ops to convince […]

Oct 30 2014 — Gerry Nicholls — Ottawa Citizen — In his just released book, Party of One, Michael Harris makes the astounding claim that the most influential man in Canadian politics is a foreigner. Yes, according to Harris, Prime Minister Stephen Harper’s tactics, strategies and methods of governing are inspired by Arthur Finkelstein, a “secretive” American Republican political consultant, known for his aggressiveness. As […]

Sep 25 2014 — Gerry Nicholls — National Newswatch — It was just a little sign, taped to a Liberal Party recruiting booth, but it immediately caught my attention. It read: “Enter to win a hat signed by Justin Trudeau.” “Why,” I wondered, “would anybody consider a hat signed by a politician to be a prize?” Then I remembered, Liberal leader Justin Trudeau is no […]

Sep 1 2014 — Gerry Nicholls — Hill Times — Here are two words you never expect to see in the same sentence: “Trudeau” and “boring”. But keep reading, because believe it or not, it’s going to happen in this column. Ready? Here goes. Since the common perception of Justin Trudeau is that he’s a “dynamic” and “exciting” and “charismatic” politician, who’s going to radically […]

Where are the movement conservatives?

Jun 23 2014 — Gerry Nicholls — Ottawa Citizen — The union movement’s recent massive political attack against the Ontario Progressive Conservatives was the most one-sided battle since General George Custer’s unfortunate encounter with the Sioux Nation. The unions, who represent the left-side of the ideological spectrum, met virtually no opposition from their counterparts on the right. No conservative group, no right wing organization, no […]

Mar 19 2014 — Gerry Nicholls — iPolitics — Imagine if the Conservative party aired a TV ad claiming Liberal leader Justin Trudeau is really an American and a slavish disciple of a foreign operative. No doubt, the media would howl with outrage — as it did when Conservative attack ads questioned former Liberal leader Michael Ignatieff’s patriotism. So why is it a journalist […]

The Politics of Purgatory

Mar 15 2014 — Gerry Nicholls — National Newswatch — For many Canadians – including lots of journalists and columnists — Liberal leader Justin Trudeau is an optimistic ray of sunshine, piercing through the Harperian gloom that supposedly shrouds Canadian politics. And it’s easy to see why. By comparison to Prime Minister Stephen Harper, who with his stern demeanor and his icy stare, isn’t exactly […]

Feb 26 2014 — Gerry Nicholls — Hill Times — As someone who was once actively involved in Canada’s conservative movement, I’m apprehensive about the Manning Networking Conference that’s taking place this week in Ottawa. For one thing, I’m worried somebody at the Manning Conference—which brings together conservative-oriented thinkers, interest groups, activists, politicians, and students—might verbally attack me.

Feb 8 2014 — Gerry Nicholls — Ottawa Citizen — I am the only person in Canada who realizes it, but when Prime Minister Stephen Harper signed off on his recently unveiled Fair Elections Act, he broke a solemn pledge. While the Fair Elections Act contains many measures — it regulates robocalls, it cracks down on election fraud, it tightens up auditing rules for political […]

Oh no! Canadian Democracy is Doomed!