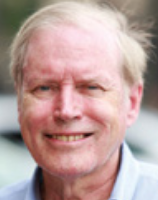 Christmastime in the Hill precinct

Dec 24 2019 — L. Ian MacDonald — iPolitics — Speaking of the opening of the new Parliament just three weeks before Christmas, one longtime observer of the place thought it made sense. “It allows MPs to do something while they’re in town, and gives them cover for attending all their Christmas parties,” said this denizen of the parliamentary precinct. It certainly did, though the […]

Dec 7 2019 — L. Ian MacDonald — Policy Magazine — Just as last week’s cabinet unveiling was more like a shuffle than the swearing-in of a new government, so Thursday’s Speech from the Throne was more like an updated campaign platform piece than a vision- -of-Canada document. It began with the title. The widely panned Liberal platform slogan, “Choose Forward” has been upgraded to a […]

Nov 7 2019 — L. Ian MacDonald — Policy Magazine — Elizabeth May was in a good mood as the train pulled out of Toronto’s Union Station on its way to Vancouver. As May wrote for Policy Magazine in her contribution to our The Canadian Idea issue in July, the train is her favourite way of travelling for several reasons. The Canadian is the pride of […]

Next Steps in a New Political Reality

Oct 22 2019 — L. Ian MacDonald — Policy Magazine — Monday’s election results have generated a new political environment for every leader who’ll be standing in the House when the lights go on. Now that the results are in and the Trudeau government has been re-elected with a minority, set aside Nov. 4 as a good candidate for the swearing-in. For symbolic starters, it will […]

Oct 18 2019 — L. Ian MacDonald — Policy Magazine — Amid a whirlwind of minority government speculation, a quick primer on modern convention. If there were any residual doubt as to the overwhelming, catalyzing impact of polls on our political narratives, it was dispelled on October 11th. That day, CBC’s polling aggregator, Éric Grenier, reported for the first time since the federal election campaign began […]

Oct 11 2019 — L. Ian MacDonald — Policy Magazine — Perhaps it was indicative that the last leaders’ debate in French was a serious matter when the producers relegated Quebec’s Bill 21 on secular dress codes to the end of the two-hour program. “We received a ton of questions on laicité,” conceded debate host Patrice Roy, the veteran Radio-Canada journalist and anchor. Come to that, […]

A Debate With No Winners, But a Bit More Clarity

Oct 8 2019 — L. Ian MacDonald — Policy Magazine — In the first of the federal election campaign’s two debates sanctioned by the new Leaders’ Debates Commission, Trudeau held steady, Scheer came out snarling and Singh became a better-known commodity. Two things happened away from the TV leaders’ debate studio that may have broken to the advantage of Conservative Leader Andrew Scheer. First, in the […]

Never mind the deficit. The price of oil and Trump’s tax cuts will be our ruin.

Nov 21 2018 — L. Ian MacDonald — iPolitics — Bill Morneau’s fall economic statement was, predictably, less an update on the economic and fiscal outlook than a Liberal scene-setter for next October’s election. “We have delivered real progress for the middle class, and for people working hard to join the middle class,” the finance minister told the House as markets closed on Tuesday. Morneau […]

Nov 14 2018 — L. Ian MacDonald — iPolitics — As Bob Lewis recalls, he was a kid fresh out of college with clippings from the Loyola News student newspaper, when he was hired by the Montreal Star to work during the summer on the police desk for $50 a week. Nine months later, he was assigned to the Star’s bureau on Parliament Hill. He […]

By not calling byelections, Trudeau breaks a convention of courtesy

Oct 30 2018 — L. Ian MacDonald — iPolitics — Welcome to the rules of the game for the 2019 televised leaders’ debates. Democratic Institutions Minister Karina Gould kicked off the proceedings Tuesday morning with her announcement that former governor general David Johnston will be commissioner of the TV debates and chair of a seven-person advisory board. The debate board’s mandate is to hire a […]

Sep 4 2018 — L. Ian MacDonald — iPolitics — When the NAFTA trade talks resume in Washington on Wednesday, they will essentially come down to two trade offs between the United States and Canada. Canada is adamant that Chapter 19 of NAFTA, the independent dispute settlement mechanism, is a deal breaker. Canada will never settle trade disputes in U.S. courts. This was the deal […]

There’s good news in getting past the NAFTA deadlock, but still some big hurdles

Aug 28 2018 — L. Ian MacDonald — iPolitics — Foreign Affairs Minister Chrystia Freeland had planned to be in Europe this week, visiting Germany, France and Ukraine. The good minister has had a change of plans. Freeland only got as far as Berlin Monday before U.S. President Donald Trump announced a bilateral draft agreement between the United States and Mexico via a conference call […]

Aug 14 2018 — L. Ian MacDonald — iPolitics — The Trudeau Liberals are reportedly giving serious thought to a speech from the throne to launch a new session of Parliament in the fall. That is a discussion for next Tuesday’s summer meeting of the Liberal caucus in British Columbia, after which a decision will be made. Whether they choose to prorogue or move ahead […]

The GTA Shuffle is Done. On to the BBQ Circuit

Jul 20 2018 — L. Ian MacDonald — Policy Magazine — The mid-summer cabinet shuffle was about getting the Liberal government past rough patches through to the October 2019 election. And a lot of the campaign positioning from their perspective is about Ontario and Quebec, the heartland of Liberal dynasties going back to Laurier’s time. Ontario has been responsible for the last two majority governments, giving […]

Trudeau can use declaratory power to build the pipeline. Just watch him

May 2 2018 — L. Ian MacDonald — iPolitics — Welcome to the merry month of May and Kinder Morgan’s ticking clock, or time bomb, of its threat to cancel the Trans Mountain pipeline expansion by month’s end if political obstacles and financial uncertainty aren’t removed by then. You could call this an ultimatum, or even political blackmail, but the obstacles are clearly blocking construction […]