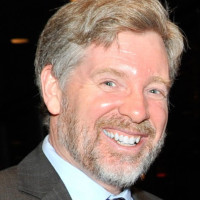 Oct 11 2015 — James Anderson — National Newswatch — Professionals who engage in the time-consuming process of developing strategic plans -- for their political parties, companies or clients -- need to maintain a fine balance between obtaining comprehensive information and preventing overload.  These strategists and media analysts will be interested in a recent technology developed by Gnowit, an Ottawa-based tech startup in the web-monitoring and intelligence space.

COOL battle heats up: federal government takes first step toward retaliation against US

Jun 7 2013 — James Anderson — National Newswatch — By James Anderson | June 07, 2013 Today, the government of Canada fired its first retaliatory salvo at the US in the dispute over the USDA’s discriminatory meat labeling rules, releasing a list of products which would be potential targets for retaliation. Canada’s move is timely and justified. Agriculture Minister Gerry Ritz and Trade Minister Ed Fast […]

May 24 2013 — James Anderson — National Newswatch — By James Anderson | May 24, 2013 May 23rd was the deadline for the U.S. Government to comply with a World Trade Organization (WTO) ruling calling for changes to its Country of Origin Labeling (COOL) Laws.  Canadian livestock producers who had been hoping for the U.S. to abide by a WTO Dispute Settlement ruling have come away […]