Mar 17 2021 — John Ivison — National Post — A number of senior Conservatives are pointing the finger of blame at O’Toole and his team for engaging in divisive tactics aimed at marginalizing potential rivals. Erin O’Toole is a great admirer of Winston Churchill but he apparently does not subscribe to the Great Man’s maxim: “In war, resolution; in defeat, defiance; in victory, magnanimity.” 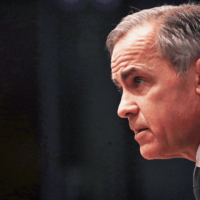 Mar 13 2021 — John Ivison — National Post — After he left his position as governor of the Bank of England last spring, Mark Carney found himself in the unusual position of having time on his hands. He decided to write a book drawing on his intimate knowledge of the crises in finance, health and climate that have plagued the planet during his professional […]

Mar 11 2021 — John Ivison — National Post — One day this spring, we will have a budget. On another day this fall, the federal government will wind down the labour market supports that will, upon completion, have distributed cheques worth $165 billion to workers. In between those two days, the Liberal government will in all likelihood contrive to call an election. Much of […]

Liberals’ hastily made election promises could have dangerous consequences

Mar 11 2021 — John Ivison — National Post — Marc Miller is one of the federal government’s smartest, most principled ministers. But a natural born politician he is not. The Indigenous services minister was asked at a press conference on Wednesday whether he regrets the Liberal Party’s 2015 campaign commitment to end long-term drinking water advisories on reserves by the end of this month.

Mar 1 2021 — John Ivison — National Post — All governments know that if they rob Peter to pay Paul, they can always depend on the support of Paul. But the Trudeau Liberals have taken the art of the political pay-off to unprecedented levels. Even as Canada fell behind emergent nations in vaccinations, the Liberals maintained their lead in the polls.

Good news on the COVID vaccine front, but best to keep the celebrations in check for now

Feb 26 2021 — John Ivison — National Post — By any measure, Friday was a good news day for Canadians. Health Canada approved AstraZeneca’s vaccine, which will mean millions more Canadians will be protected against COVID sooner. The inoculation timelines released by provinces like Ontario are already obsolete, as the 20 million AstraZeneca doses are added to ramped up deliveries of the Pfizer-BioNTech and […]

Feb 25 2021 — John Ivison — Postmedia — We should set up a Royal Commission into the shortcomings of the National Shipbuilding Strategy – except, of course, the ships would be built before it concluded anything. Such is the nature of galloping – or more accurately, prancing – bureaucracy in this country.

Trudeau isn’t out of danger yet, but appears to be on way back from pandemic low

Feb 24 2021 — John Ivison — Postmedia — The daily question period in the House of Commons is so hackneyed it would typically score a single digit “fresh” rating on Rotten Tomatoes. On rare occasions though, it can expose genuine tension. Such a moment came along on Wednesday, as Conservative Leader Erin O’Toole tried to attack Justin Trudeau on his vulnerable heel of […]

Feb 23 2021 — John Ivison — National Post — The Canadian businessman who lodged a court challenge to quash the Trudeau government’s quarantine hotel program did not generate much sympathy. With beach access from his home in Saint Martin, Dominic Colvin is hardly typical of the cash-strapped seniors that the Canadian Snowbird Association says would find it a hardship to pay the $2,000 for […]

Feb 22 2021 — John Ivison — National Post — Parliament’s unanimous endorsement of the genocide motion is likely to prove counter-productive to attempts to release Michael Spavor and Michael Kovrig. The Conservative Party attempted to embarrass the Liberal government by asking Parliament to recognize that China is committing genocide in its campaign of repression against its Uyghur Muslim minority. An amendment suggested by the […] Feb 19 2021 — John Ivison — National Post — Jay Hill is an unlikely separatist. The 68-year-old former cabinet minister was a committed federalist in the Harper government. But he said he has become so disillusioned with the political status quo under Liberal and Conservative governments that he has reluctantly come around to the idea of Western independence.

Feb 17 2021 — John Ivison — Postmedia — It was report card day for Ottawa on Tuesday, as the International Monetary Fund released its appraisal of the federal government’s economic stewardship during the COVID-19 crisis. A team of IMF economists are regular visitors to Canada to offer a critical assessment of fiscal policy, under article IV of the Washington-based body’s articles of agreement. […]

Feb 17 2021 — John Ivison — Postmedia — Erin O’Toole has got a big decision to make on climate change – should he attempt to appropriate the Liberal’s environmental plan by adopting a consumer carbon tax? The Conservative leader told the Greater Vancouver Board of Trade last week that his election platform will cut greenhouse gas emissions faster than a Liberal plan that […]

Feb 15 2021 — John Ivison — National Post — Canada has not led a major diplomatic initiative on the international stage since the landmine ban treaty in the late 1990s. But on Monday, Foreign Affairs Minister Marc Garneau is scheduled to host the unveiling of the Declaration of Arbitrary Detention in State-to-State Relations, an agreement endorsed by 58 states and the European Union aimed […]

Feb 10 2021 — John Ivison — National Post — The tragedy of Canada, as author John Robert Colombo noted, is that it could have enjoyed British government, French culture and American know-how. Instead, it ended up with British know-how, French government and American culture. The public’s tolerance for the current round of political miscalculations and bureaucratic inertia is being tested to the limit.