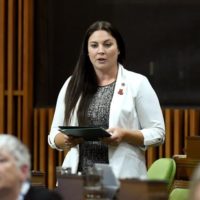 Jun 11 2021 — Joan Bryden — OTTAWA — The Trudeau government announced Friday that it will convene an emergency summit on antisemitism, even as it faced criticism for welcoming into the Liberal fold an MP who has denounced Israel as an apartheid state. The summit is to be led by former Liberal MP Irwin Cotler, currently Canada's special envoy on antisemitism. […]

Lobbying commissioner clears Rob Silver, who is husband of PM’s chief of staff

Jun 4 2021 — Joan Bryden — OTTAWA — An attempt by the Trudeau government to speed up controversial legislation to regulate online streaming services brought the House of Commons to a virtual standstill Friday. The minority Liberal government, with the support of the Bloc Québécois, had hoped to pass a motion to impose time allocation on a Commons committee that has […]

Jun 4 2021 — Joan Bryden — OTTAWA — The Liberal Party of Canada has adopted a new digital tool to more directly reach supporters and potential voters — the same one increasingly used by celebrities to interact more intimately with their fans through text messages. The party boasts that it is the first political party in the world to use Community, […] 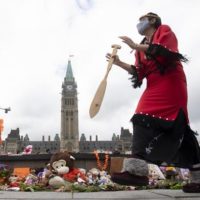 Jun 3 2021 — Joan Bryden — OTTAWA — A bill creating a statutory holiday to commemorate the tragic legacy of residential schools in Canada received royal assent Thursday after passing unanimously in the Senate. The swift passage of Bill C-5 means Sept. 30 will become the first of what is to be an annual national day for truth and reconciliation. Both […] 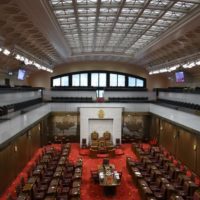 May 27 2021 — Joan Bryden — OTTAWA — The Trudeau government is moving to legally recognize the evolution of Canada's Senate into a more independent, non-partisan chamber of sober second thought. It has introduced a government bill in the Senate, which is now on its way through the upper house with the support of all four Senate groups. It may be […] 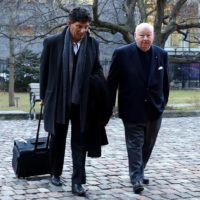 May 26 2021 — Joan Bryden — OTTAWA — Mike Duffy is retiring from the Senate, a parliamentary chamber that has been fundamentally transformed as a result of his turbulent 12-year term as a senator.Duffy was the central figure in the expenses scandal that rocked the upper house to its foundations in 2012 and eventually led to 31 criminal charges against him.He […] 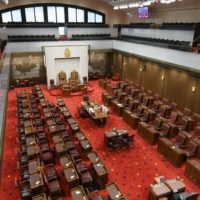 May 25 2021 — Joan Bryden — OTTAWA — Two senators are seeking disciplinary measures against one another in what boils down to a clash between the new and old guards in the Senate.The dispute is between Sen. Pierre Dalphond, one of the new, more independent, less partisan senators, and Sen. Don Plett, leader of the Conservative Senate caucus, the last remaining […] 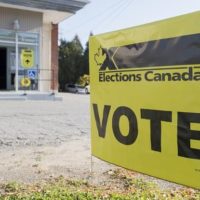 Hundreds of complaints about false statements during 2019 campaign investigated

May 12 2021 — Joan Bryden — OTTAWA — Elections commissioner Yves Cote says his office investigated some 400 complaints about false statements allegedly made during the 2019 federal election campaign.He says all but two or three have been resolved and none have been prosecuted.While 400 may seem like a large number, Cote says the complaints were clustered around roughly a half-dozen […] 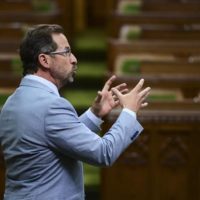 May 12 2021 — Joan Bryden — OTTAWA — After repeatedly voting non-confidence in the minority Liberal government, the Bloc Quebecois is now calling on the government to do everything possible to avoid an election during the COVID-19 pandemic.  Bloc Quebecois Leader Yves-Francois Blanchet will use an opposition day Thursday to debate a motion calling on the House of Commons to declare […] 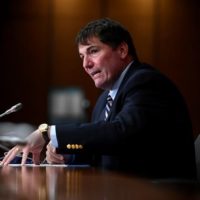 May 11 2021 — Joan Bryden — OTTAWA — All parties have given approval in principle to a bill aimed at ensuring a federal election could be safely conducted, if need be, during the COVID-19 pandemic. Bill C-19 passed by a vote of 330-1 at second reading Tuesday, with Independent MP Derek Sloan registering the only objection. It will now go to […] 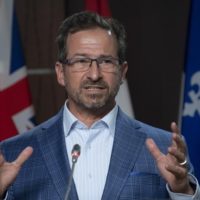 May 10 2021 — Joan Bryden — OTTAWA — New Democrats joined forces Monday with the Liberals to cut short initial debate on a bill aimed at ensuring a federal election could be held safely, if need be, during the COVID-19 pandemic. The move means Bill C-19 will be put to a second reading vote Tuesday, allowing it to be referred to […] 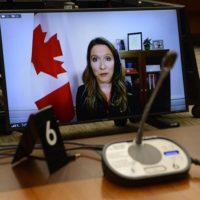 May 6 2021 — Joan Bryden — OTTAWA — Prime Minister Justin Trudeau's chief of staff has offered to testify at a House of Commons committee investigating allegations of sexual misconduct against Canada's former top military commander. Katie Telford wrote members of the defence committee Thursday, offering to testify at their meeting Friday. Opposition parties have been demanding she appear to explain […] 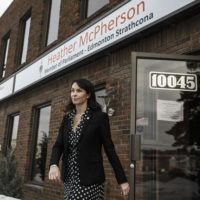 May 5 2021 — Joan Bryden — OTTAWA — Alberta's legislature may have been silenced but its partisan warfare relocated Wednesday to the House of Commons as MPs held an emergency debate on the province's soaring number of COVID-19 cases. Edmonton New Democrat MP Heather McPherson requested the debate and used it to blast Alberta Premier Jason Kenney's handling of the health […]