May 26 2022 — Ken Boessenkool — The Line — Jason Kenney made the most common mistake. He mistook Alberta’s conservative disposition — our propensity to delight in what is present — for conservative ideology. Alberta has a disposition to appreciate the present while preserving traditions. We have a healthy skepticism of radical change. It’s a key reason we take so bloody long to change […]

Pick a Conservative leader who can win

Mar 24 2022 — Ken Boessenkool — The Line — In 2011, Stephen Harper’s election rally cry was “You can have a Liberal, NDP, Bloc coalition… or you can have a strong, stable, national majority conservative government.” 2011 was the first election in which Stephen Harper used the word “majority” in a successful electoral pitch. He had clawed his way to a majority by first […]

For Justin Trudeau, things will almost certainly get worse

Sep 22 2021 — Ken Boessenkool — CBC — Politics is about expectations, and Justin Trudeau lost because he did the worst job at managing those expectations. For months before the election, his people didn’t argue about whether he would get a majority, only when. Pride goeth before a fall. I think Trudeau’s advisors failed to understand the nature of their public support for […]

Kenney, O’Toole and the battle for Alberta conservatism

Aug 26 2021 — Ken Boessenkool — CBC — Were the last two provincial elections in Alberta foretelling a generational shift in Alberta’s political preferences or were they a reversion to the mean? There are a bunch of signals that it’s the former, which means provincial conservatives, Jason Kenney chief among them, and United Conservatives here in Alberta are all in for the fight […]

Enough is enough with Trumpism

Jan 8 2021 — Ken Boessenkool — The Line — I’ve been firm but patient and tolerant of the populist conservatives @martha79453 and @henry83795 Trumpers in my life. No longer. My patience has run out. I won’t tolerate casual Trumpism in my personal or political cohort anymore. You are wrong, I am right, and I will countenance no arguments to the contrary. Let me be […]

Some advice to Kenney’s next chief of staff

Jan 6 2021 — Ken Boessenkool — CBC — Welcome to the most exhilarating, exciting and exhausting job in politics. As the top political staffer, you have an enormous opportunity to leave the province a better place than you found it. And given the circumstances of your arrival, that might actually be easier than you think. A government under fire is an enormous opportunity, […]

The populists are the problem

Dec 3 2020 — Ken Boessenkool — The populists are the problem. Back in the 1990s the then-most populist premier in Canada would regularly invoke “Martha and Henry” as “severely normal Albertans” when justifying policy choices. Ralph Klein kept his finger firmly on the pulse of these severely normal Albertans. And it stood him in good stead. Martha and Henry had what […] 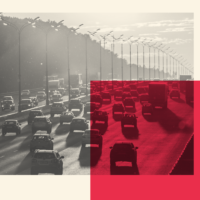 Conservatives should embrace a carbon tax: But not for the reasons you think

Oct 30 2020 — Ken Boessenkool — McGill — MAX Policy is a collection of provocative ideas and policy solutions generated by the minds at the Max Bell School of Public Policy.

Oct 30 2020 — Ken Boessenkool — The Line — As a small-c conservative I favour lower taxes, flatter taxes and consumption taxes rather than higher taxes, steeply progressive taxes and income taxes. You’d not be much of a conservative if you disagreed. Yet most Canadian big-C Conservative parties have spent the past decade or more fighting against all of these things. In fact, they […]

Why the tepid response to the crisis of childcare?

Aug 7 2020 — Ken Boessenkool — The Line — I am growing increasingly sympathetic to the idea that the tepid response of governments to the pending pandemic crisis in childcare and schooling goes beyond the weakness of any particular government and is due to something bigger. Though most conservatives are loath to use the word, I have to concede that the problem may, in […] 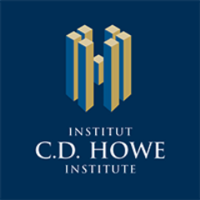 May 11 2020 — Ken Boessenkool — CD Howe Institute — Three related facts about the COVID-19 economic recession are becoming clearer. The most affected sectors are public facing sectors – largely the service sector; the most affected income group is the poor; and the most affected demographic is women.

May 11 2020 — Ken Boessenkool — Globe and Mail — Some of the facts marking the COVID-19 economic recession as unique are becoming clearer. Unlike past recessions, where job losses were concentrated in manufacturing and construction and most of the unemployed were men, this recession is concentrated in the service sector, and most of the unemployed are women. The only way in which this recession […]

Apr 17 2020 — Ken Boessenkool — CD Howe Institute — Canada’s social safety net has evolved slowly and carefully in an overlapping federal system of transfers and benefits. Ottawa has responsibility for the tax system and Employment Insurance (EI). The provinces have primary responsibility for most social assistance and disability programs. As these programs have developed and changed over the years, overlaps and conflicts have […]

Mind the gaps: Why Canada’s pandemic jobs plan isn’t as useful as sending Canadians a cheque

Mar 31 2020 — Ken Boessenkool — Globe and Mail — The biggest economic policy challenge we face during COVID-19 is addressing the massive and widespread loss of work prompted by government-mandated physical distancing. That’s not to minimize other such challenges, but the loss of work is vast and unprecedented. To its credit, the federal government’s three-pronged response has not been tepid. First, the existing Employment […]

In normal times, universal basic income is a bad idea. But it’s the wisest solution for COVID-19 economic strain

Mar 19 2020 — Ken Boessenkool — Globe and Mail — The government of Canada has responded to the economic crisis facing Canadian families by proposing to spend $27-billion dollars, by making existing programs easier to access (employment insurance); designing a new program (a new Emergency Care Benefit); expanding existing programs for students, seniors and Indigenous peoples among others; and allowing Canadians to defer filing and […]