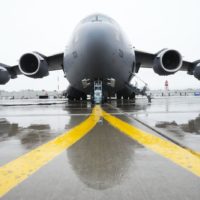 Apr 14 2022 — Lee Berthiaume — The Canadian Press — Ottawa – Members of the Canadian Armed Forces will depart from an Ontario military base in the coming days to help with the care, co-ordination and resettlement of Ukrainian refugees in Poland. Defence Minister Anita Anand says up to 150 troops will soon deploy from Canadian Forces Base Trenton after a reconnaissance team visited Poland […] 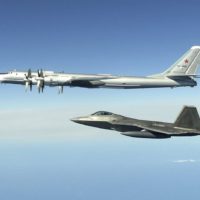 Mar 5 2022 — Lee Berthiaume — The Canadian Press — Russian President Vladimir Putin’s decision to put his country’s nuclear arsenal on high alert last weekend has sparked hope that Ottawa and Washington will finally act with urgency in upgrading North America’s defences. Successive Canadian and American governments have been promising for years to modernize the North American Aerospace Defence Command, or Norad, which was […] 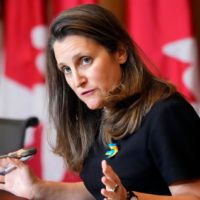 Federal government warns Canadians against fighting for Russia in Ukraine

Mar 3 2022 — Lee Berthiaume — The Canadian Press — Ottawa is warning that Canadians who decide to fight for Russia in Ukraine could face severe consequences, even as it acknowledges for the first time uncertainties about whether it is legal to bear arms for the Ukrainian side. Deputy Prime Minister Chrystia Freeland delivered the warning to anyone contemplating joining the Russian military invasion of […] 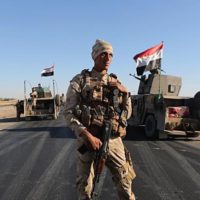 Oct 27 2017 — Lee Berthiaume — The Canadian Press — OTTAWA – The Canadian military is temporarily suspending its support to Iraqi and Kurdish forces amid an outbreak of hostilities between the two groups. Canadian special forces have provided training, advice and assistance to both the Iraqi military and Kurdish peshmerga for the last three years as part of the fight against the Islamic State […]

Boeing refusing to blink in dispute with Bombardier despite Liberal threats

Sep 4 2017 — Lee Berthiaume — The Canadian Press — OTTAWA — Boeing Co. has no plans to back down in its trade dispute with Canadian rival Bombardier — a high-stakes, cross-border conflict that the U.S. transportation giant says could have long-term ramifications for the future of the entire aerospace sector. The potential consequences of the Boeing-Bombardier standoff extend beyond any single deal — especially […] 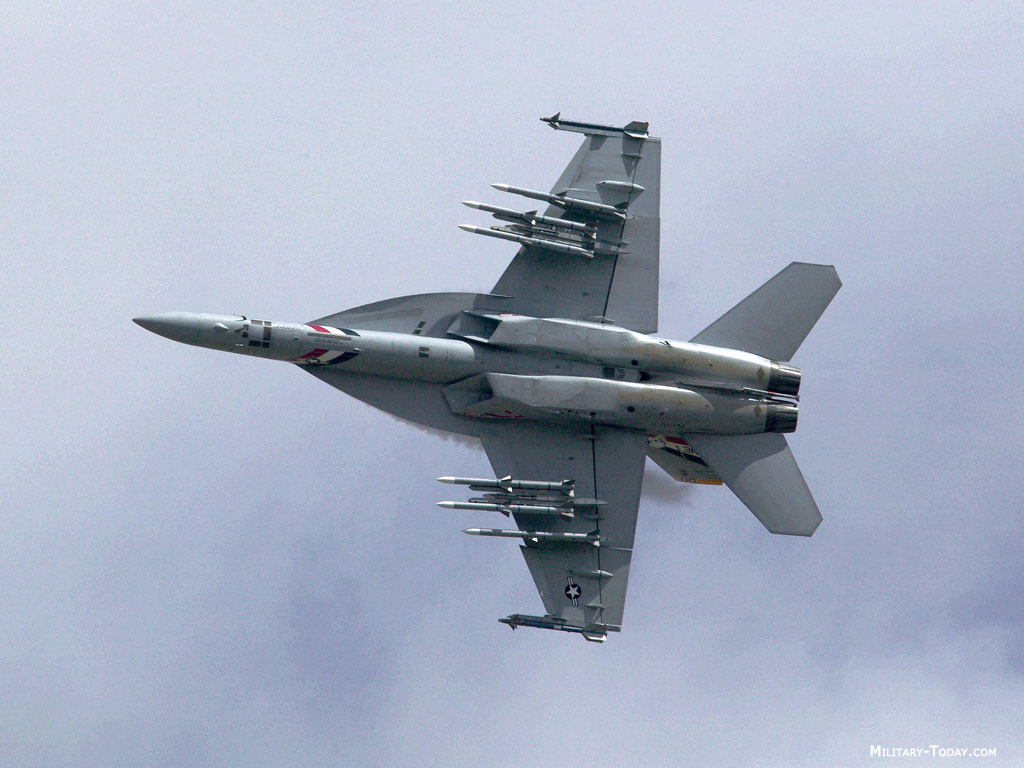 Dec 12 2016 — Lee Berthiaume — The Canadian Press — Six years after ripping into the Conservative government’s cost estimates for F-35 stealth fighters, Parliament’s budgetary watchdog says it is digging into the Liberal plan to purchase “interim” Super Hornet jets. The Liberal government announced last month it planned to buy 18 Super Hornets as a stop-gap until a competition to find a replacement for […]

Dec 12 2016 — Lee Berthiaume — The Canadian Press — OTTAWA – Six years after ripping into the Conservative government’s cost estimates for F-35 stealth fighters, Parliament’s budgetary watchdog says it is digging into the Liberal plan to purchase “interim” Super Hornet jets. The Liberal government announced last month it planned to buy 18 Super Hornets as a stop-gap until a competition to find a […]

Military college to go under microscope amid concerns from senior commanders

Nov 2 2016 — Lee Berthiaume — The Canadian Press — OTTAWA—Senior Canadian Armed Forces commanders have ordered a complete review of the Royal Military College of Canada following a number of suspected suicides and allegations of sexual misconduct at the prestigious institution in Kingston, Ont. The rare move highlights the growing concern among top brass about the way the 140-year-old college — where future generations […] 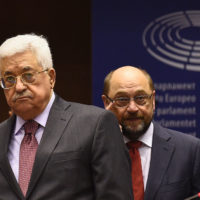 Jun 29 2016 — Lee Berthiaume — Postmedia — Canada has lodged a formal complaint with the Palestinian Authority over what it says were “baseless” accusations against Israel by President Mahmoud Abbas. The move came after Abbas alleged in a speech to the European Parliament in Brussels last week that Israeli rabbis had plotted to murder Palestinians by poisoning their wells — a claim […] 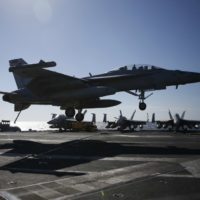 Jun 21 2016 — Lee Berthiaume — Postmedia — The U.S. Navy is struggling with an increase in the number of pilots reporting oxygen problems while flying Super Hornets — the same fighter jet the Liberal government is considering instead of the F-35. The problem has become so severe that a U.S. Navy spokesman said it is the force’s top safety priority. However, while […] 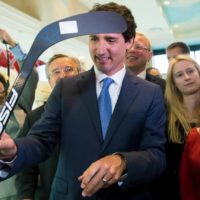 Jun 20 2016 — Lee Berthiaume — Postmedia — Six years of negotiations are expected to culminate in the signing of a long-awaited free trade deal between Canada and Ukraine when Prime Minister Justin Trudeau visits the country next month. On Monday, Trudeau told a Canada-Ukraine business forum in Toronto that he will be in Ukraine on July 11-12 after attending the NATO leaders’ […] 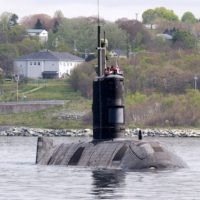 Government will have to decide whether to invest into submarines or cut ships adrift: Navy commander

Jun 19 2016 — Lee Berthiaume — Postmedia — The outgoing head of the navy says the government will have to decide soon whether to invest more money into Canada’s submarines so they can continue operating past the mid-2020s — or cut the ships adrift. The Royal Canadian Navy’s four submarines have been plagued by problems since they were acquired from Britain in the […] 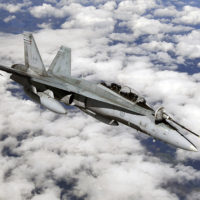 Jun 16 2016 — Lee Berthiaume — Postmedia — The Liberal government says despite plans to press ahead with upgrades to Canada’s CF-18s so they can fly through 2025, the country simply doesn’t have enough fighter jets today. What it won’t say, however, is how many it actually needs on a day-to-day basis. The state of Canada’s CF-18 fighter fleet has become a hotly […] 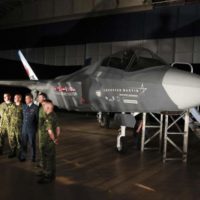 Despite ongoing F-35 spat, Lockheed has inked a number of sole-sourced DND contracts

Jun 14 2016 — Lee Berthiaume — Postmedia — Months before a mini-war of words over the F-35 stealth fighter, the federal government and Lockheed Martin quietly inked a deal for the U.S. aerospace giant to provide maintenance support and training for one of the military’s transport plane fleets. The $500-million agreement, which extended an earlier contract to 2021, was never publicly announced or […] 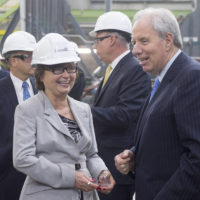 Jun 13 2016 — Lee Berthiaume — Postmedia — The Liberal government is abandoning plans to build from scratch a made-in-Canada warship and will instead modify an existing design to replace the navy’s warship fleet. The new, “streamlined” plan is expected to shave up to two years off the time it will take for the new naval vessels to get into the water, Public […]