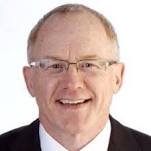 Trudeau is right to not engage in hostage diplomacy

Jun 28 2020 — Lorne Gunter — Sun Media — As a frequent, harsh critic of our prime minister, it’s only fair I give Justin Trudeau a pat on the back this week for his willingness to stand up to a former Supreme Court justice, two former ambassadors to Washington, a former NDP leader, three former foreign ministers, four former ambassadors to the United Nations […]

Jun 21 2020 — Lorne Gunter — Sun Media — Gun controls do nothing to prevent murders or suicides in Canada. Dr. Caillin Langmann, an emergency medicine professor at Ontario’s McMaster University, has completed a very thorough study of gun controls and their impact on crime dating back to the 1970s. His conclusion: “No beneficial association was found between legislation and female or male homicide […]

Where’s the outrage at the Liberals crushing Parliamentary procedure?

Jun 9 2020 — Lorne Gunter — Sun Media — Canada is almost smack-dab in the middle of the freest spending six months ever by any federal government. Even in the build-up to D-Day during the Second World War, when all the Allies were buying ships, tanks, bombs, guns and planes to defeat Nazi Germany, Ottawa never spent money like it has in the middle […]

May 31 2020 — Lorne Gunter — Sun Media — This past Tuesday afternoon, Dimarjio Jenkins, a 21-year-old Toronto rapper whose stage name was Houdini, was shot dead on a downtown street near the CN Tower while innocent families dodged bullets and scrambled for cover. Already on social media, the harrowing, daylight attack – 23 shots fired in a matter of seconds – which left […]

At least Jason Kenney’s taking a stand on China

May 17 2020 — Lorne Gunter — Sun Media — “Western countries, including Canada and the United States, must have a reset in their relationship with China — and part of that reset, in my judgment, must be a deliberate effort to onshore production, particularly on critical supplies.” That’s what Alberta Premier Jason Kenney told a virtual roundtable sponsored by the Canadian America

There is no magical energy transformation for Canada

May 10 2020 — Lorne Gunter — Sun Media — There are two things we can say about “renewable” energy: It seldom produces more energy than it takes to capture and release its energy – meaning many renewable projects have energy deficits. And renewables almost always cost more tax dollars than they bring in; meaning budget deficits. Ontario’s 10-year “green” energy experiment under the former […]

May 3 2020 — Lorne Gunter — Sun Media — Gun control “was one of the key planks in our election campaign,” Deputy Prime Minister Chrystia Freeland told a news briefing on Thursday. “We received a strong mandate from Canadians to act on gun control.” Um, maybe I should Google the results of the 2019 federal election again just to be sure but, if memory […]

Apr 29 2020 — Lorne Gunter — Sun Media — There was little to object to in what Canada’s Chief Public Health Officer Theresa Tam told the CBC during an interview Monday evening. Was officialdom’s response to the outbreak perfect, Tam was asked. “No.” But our officials’ response was far better than the Americans’, who waited three weeks longer before taking strong social-distancing measures. Now, […]

Apr 8 2020 — Lorne Gunter — Sun Media — The federal government continues to put political correctness and blind faith in the UN ahead of public health. Prime Minister Justin Trudeau and federal Health Minister Patty Hajdu claim their pandemic decisions are being guided by “the best available science.” Yet in the next breath, they knock down as racist or hateful any question about […]

Mar 29 2020 — Lorne Gunter — Sun Media — The next two weeks will be particularly critical in turning back the COVID-19 infection in Canada. More than 4,000 Canadians have been confirmed to have the virus. But the rate at which new infections have been reported has slowed slightly this week.

Here’s why we should be taking a less panicked approach

Mar 18 2020 — Lorne Gunter — Sun Media — There’s a family story about my great-grandfather that I’ve heard since I was a little kid. Back in 1919, many of the public buildings in the small town of Maple Creek, Saskatchewan were heated with central steam and my great-grandfather ran the municipal boiler. Even though he contracted the Spanish flu during the worldwide pandemic […]

The carbon tax gets hammered by Alberta court

Mar 1 2020 — Lorne Gunter — Sun Media — There is still hope the courts will strike down Justin Trudeau’s carbon tax. Maybe. On Monday, by a margin of 4-1, the Alberta Court of Appeal ruled the carbon tax was unconstitutional. The justices found it was more than just another tax, it was a federal power grab into provincial jurisdiction.

A misunderstanding over Indigenous sovereignty

Feb 16 2020 — Lorne Gunter — Sun Media — Let’s say for a minute that the Wet’suwet’en people of northern B.C. had sovereignty over their land, as claimed by those Indigenous and non-Indigenous protesters across the country who oppose the Coastal GasLink pipeline. The protests along the route of the pipeline and at multiple other sites across the country are based, in part, on […]

Jan 30 2020 — Lorne Gunter — Sun Media — “To Canadians in Alberta and Saskatchewan, know that you are an essential part of our great country. I’ve heard your frustration and I want to be there to support you.” Remember those words from Justin Trudeau? I’m sure you do. The prime minister voiced them just last fall after his Liberals were wiped out in […]

It dishonours lives lost to blame this crash on Trump

Jan 12 2020 — Lorne Gunter — Sun Media — Let’s say for a minute that a well-known mob boss responsible for dozens of murders – hundreds – gets careless and is killed by police officers who have been trailing him for years. The mobster’s followers are understandably furious. In retaliation, they launch a handful of attacks against police. But in their haste, they also […]