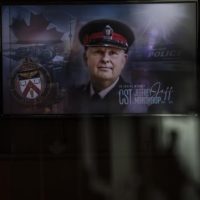 Sep 22 2021 — Liam Casey — TORONTO — The man accused of killing a Toronto police officer was granted bail Wednesday, prompting the Ontario premier to call on the justice system "to get its act together" - a comment that angered lawyers. Umar Zameer faces one count of first-degree murder in the death of Const. Jeffrey Northrup. The 55-year-old officer died […] 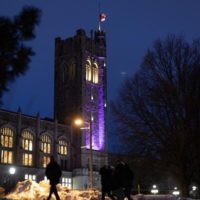 Sep 15 2021 — Liam Casey — Students at Western University plan to walk out of classes on Friday to protest a "culture of misogyny" on campus and what they call a failure by the school to address it, an organizer said Wednesday.  The event is being planned as police investigate allegations of sexual assault during the London, Ont., school's orientation week.  […] 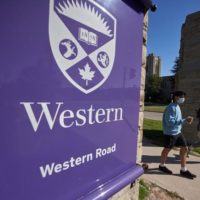 Sep 14 2021 — Liam Casey — Officers are going door to door at a Western University student residence as they investigate allegations of mass drugging and sexual assaults during the school's orientation week, the police chief in London, Ont., said Tuesday.  Chief Steve Williams said investigators are trying to gather as much information as they can at Medway-Sydenham Hall after allegations […] 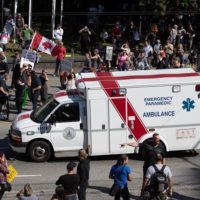 Sep 13 2021 — Liam Casey — TORONTO — Two police officers escorted Faye Doiron and Randy Longaphie as they left Toronto General Hospital on Monday, helping the pair make their way through a crowd of protesters denouncing pandemic measures. Doiron, who came to Toronto from Prince Edward Island to wait for a lung transplant, was leaving after a physiotherapy session at […] 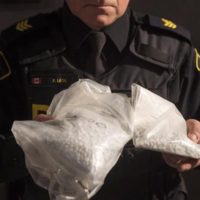 New strategies must be implemented to deal with opioid crisis: Ontario science table

Sep 9 2021 — Liam Casey — A wide variety of strategies must be implemented across Ontario to tackle the opioid crisis that has worsened significantly during the pandemic, according to the province's science table. In its latest brief published Wednesday, the group of experts said these strategies are needed to deal with the significant increase in fatal overdoses since the novel […]

Sep 8 2021 — Liam Casey — TORONTO — An Ontario court has found the provincial government broke the law by failing to adhere to the Environmental Bill of Rights. Several environmental groups brought forth applications for judicial reviews over the province's alleged failure to consult with the public before enacting the COVID-19 Economic Recovery Act. Late last year, the province opened […]

One dead, one injured in chemical plant explosion in Toronto’s east end

Sep 8 2021 — Liam Casey — TORONTO — One person has died and another was in life-threatening condition after an explosion at a chemical plant, officials said Wednesday. Toronto Fire Services said they were called to an industrial area shortly before 10 a.m. for reports of an explosion. Acting fire Chief Jim Jessop said firefighters saw visible smoke coming from the […] 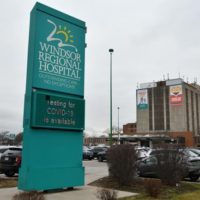 Aug 31 2021 — Liam Casey — Two Ontario hospitals are opening COVID-19 clinics specifically for children this week in an effort to deal with rising infections that are expected to surge further as students return to school.  The Windsor Regional Hospital opened its pediatric COVID-19 clinic on Tuesday, while Michael Garron Hospital in East Toronto plans to reopen its assessment centre […] 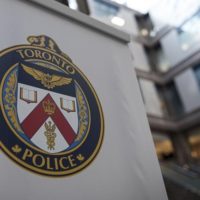 Aug 30 2021 — Liam Casey — TORONTO — A Toronto shopping centre reopened Monday morning after gunshots sent panicked customers running for cover on the weekend. Police arrested one suspect in connection with the incident at Yorkdale Shopping Centre, where gunfire erupted around 3:30 p.m. on Sunday, triggering a building lockdown. City police said Monday that they had charged a 21-year-old […]

Aug 25 2021 — Liam Casey — A southern Ontario city wants the help of local residents as it renames a park named after an architect of the residential school system. The City of Burlington has asked residents to send in suggestions for a new name for Ryerson Park. The park is named after Egerton Ryerson, who helped design both the public […] 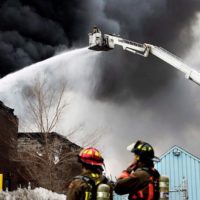 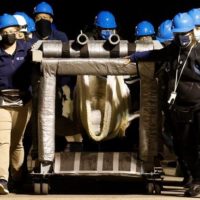 Whale transferred to U.S. aquarium from Marineland dies, no plans to replace it

Aug 11 2021 — Liam Casey — An American aquarium says a beluga whale transferred to its facility from Marineland has died and there are no plans to find another to take its place.  Mystic Aquarium said Havok, a male beluga, died Friday after a lengthy battle with a pre-existing gastrointestinal condition. The whale came to the Connecticut facility with four other […]

Aug 10 2021 — Liam Casey — A mentally ill man died in an Ontario jail because he was beaten and restrained by guards while clearly in crisis, the province's chief forensic pathologist has found.  In a report released Tuesday, Dr. Michael Pollanen said Soleiman Faqiri died on Dec. 15, 2016, after being beaten, pepper sprayed and restrained face-down in a segregation […] 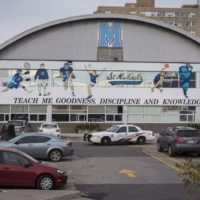 Aug 10 2021 — Liam Casey — TORONTO — The prosecution is seeking a short sentence behind bars for a teen found guilty of sexually assaulting another student at an all-boys school in Toronto. The defence is asking for probation with no jail time in the case where the teen was found guilty of gang sexual assault, sexual assault with a weapon, […] 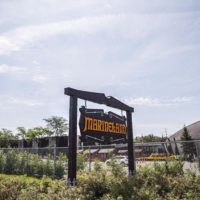 Jul 19 2021 — Liam Casey — A months-long inspection of Marineland by Ontario's animal welfare watchdog has found that marine mammals at the tourist attraction were in distress due to poor water quality, The Canadian Press has learned. The inspection launched earlier this year by Animal Welfare Services is still ongoing, but on May 10, inspectors issued two orders to the […]