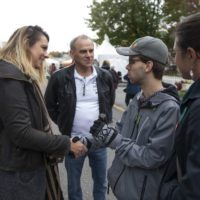 The NDP fight for survival in Quebec at the Louiseville fair

Oct 12 2019 — Les Perreaux — Globe and Mail — Ruth Ellen Brosseau is chatting with her people at the Festival de la galette de sarrasin on a pleasant fall afternoon when a middle-aged man with a broad smile bounds down a front stoop to shake her hand and pose for a picture. This is no ordinary front stoop along Louiseville’s buckwheat festival strip, and […] 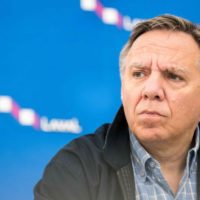 Sep 18 2019 — Les Perreaux — Globe and Mail — Quebec Premier François Legault flexed his nationalist muscles before the federal party leaders Tuesday, laying out a list of demands to boost the province’s power at the expense of Ottawa. Mr. Legault asked for more power over immigration, language and tax collection, one week after telling federal leaders to stay out of any court cases […] 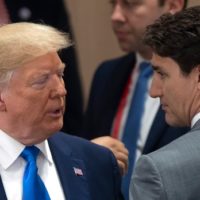 Jul 18 2019 — Les Perreaux — Globe and Mail — Justin Trudeau has toughened his stance against the inflammatory rhetoric of Donald Trump after the Prime Minister was criticized for his conciliatory tone confronting racist comments. “I think the comments made were hurtful, wrong and completely unacceptable,” Mr. Trudeau said Thursday, following a meeting with European Council President Donald Tusk. “I want everyone in Canada […] 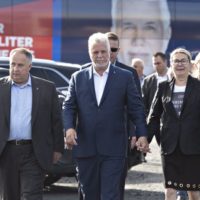 Sep 28 2018 — Les Perreaux — Globe and Mail — Canadians hadn’t seen a Quebec leader quite like Philippe Couillard when he won the premier’s job four years ago. For one thing, Mr. Couillard campaigned as an unabashed Canadian patriot for a job with a longstanding requirement that Quebec nationalism come first and fealty to the Maple Leaf stay understated, if stated at all. This […] 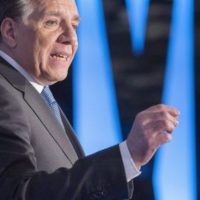 May 16 2018 — Les Perreaux — Globe and Mail — The party leading the race to form Quebec’s next government is doubling down on a controversial policy that would test immigrants for Quebec values before allowing them to stay in the province permanently. The Coalition Avenir Québec also now says it would rely on Ottawa’s co-operation to expel or relocate undesirable immigrants to ensure compliance […] 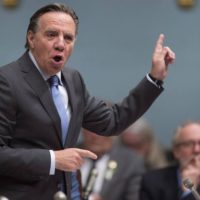 Oct 28 2017 — Les Perreaux — Globe and Mail — Quebec voters liberated from the independence debate are casting aside traditional allegiances and throwing support behind a third party that has never held power, a new poll has found. The Coalition Avenir Québec, a conservative party led by former airline executive François Legault, has surged ahead of the Quebec Liberal Party in voting intentions for […] 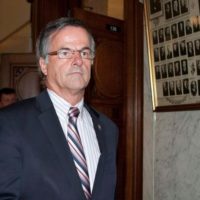 Shock, confusion as Guy Ouellette steps away from Quebec Liberals after arrest

Oct 26 2017 — Les Perreaux — Globe and Mail — Quebec’s political leaders, including the premier, remained in the dark Thursday after a member of the National Assembly and former police officer was arrested by the province’s anti-corruption squad. Guy Ouellette, a 10-year MNA who was respected for his integrity on all sides of the legislature even as he had prickly relations with his own […] 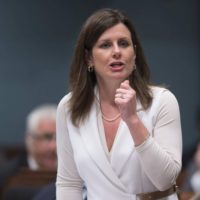 Quebec judge under fire for his comments during sex-assault case

Oct 25 2017 — Les Perreaux — Globe and Mail — Quebec’s Justice Minister has asked the province’s judicial council to investigate a judge who commented on the physical appearance of a teenage sexual-assault victim and suggested she was flattered by the attention. Justice Jean-Paul Braun of the Quebec Court was presiding over the trial of a taxi driver last May when he made the comments. […] 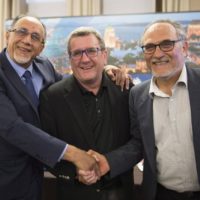 Aug 30 2017 — Les Perreaux — Globe and Mail — The head of the Quebec City mosque that was the scene of a mass murder last winter had his car torched in his driveway earlier this month. Mohamed Labidi, president of the Centre Culturel Islamique de Québec, says his wife was roused around 1:30 a.m. on Aug. 6 when she heard small explosions outside. She […] 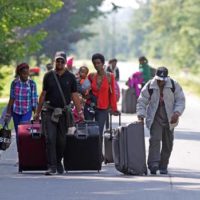 Aug 4 2017 — Les Perreaux — Globe and Mail — The asylum seekers arrive about a dozen by the hour at the end of a quiet country road in upstate New York, hopping out of taxis, extended passenger vans and private vehicles. They appear to range in age from seven months to 70 years, but they count more very young people than old. 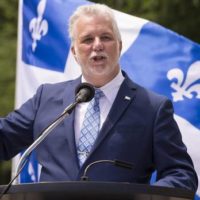 Jun 26 2017 — Les Perreaux — Globe and Mail — The Quebec Premier’s sudden shift linking “Islam in general” to terror and urging Quebec Muslims to do more to combat violent extremism has baffled security and political experts alike. After years of warning Quebeckers against “creating an amalgam” between acts of Islamist terror and the wider Muslim community – and for a long time even […] 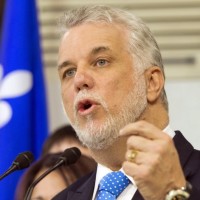 Apr 28 2017 — Les Perreaux — Globe and Mail — The head of Montreal’s police union has thrown Philippe Couillard’s government into another Quebec corruption crisis after he alleged political interference blocked criminal charges against a current Liberal caucus member. Yves Francoeur, president of the Montreal police union, alleged law-enforcement officials asked him “to do something” after a person he did not identify blocked some […] 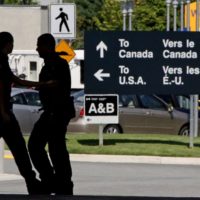 Rejection rate on the rise for Canadians at U.S. border

Mar 10 2017 — Les Perreaux — Globe and Mail — The growing number of stories about Canadians turned away at the American border is more than just an anecdotal trend: Statistics show the United States is turning away visitors from Canada at an increasing rate. U.S. Homeland Security Secretary John Kelly is scheduled to meet with members of the Trudeau government in Ottawa on Friday […] 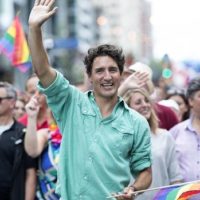 Trudeau’s apology to sexual minorities is welcome, but many await action

Aug 15 2016 — Les Perreaux — Globe and Mail — Mona Belleau has seen an apology before. As an Inuk, she was moved to tears eight years ago when the Canadian government under Stephen Harper apologized to aboriginals for their treatment at residential schools. She learned a lesson from that experience. Now, as a bisexual woman, she will wait for specific action before unreservedly applauding […] 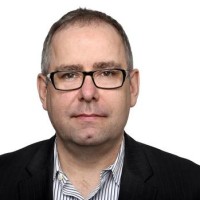 On a group of tiny islands in the wind-swept Gulf of St. Lawrence, Jean Lapierre stood tall

Apr 2 2016 — Les Perreaux — Globe and Mail — As rescuers scrambled up rolling hills to the wreckage of the Mitsubishi aircraft containing three sons and two daughters of these islands, along with two pilots, the usual frenzy of a rescue operation was replaced with dead calm. With barely a grunt, two burly locals from just down the hill dragged a trailer out of […]