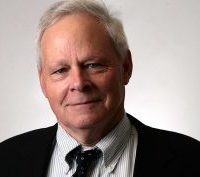 Aug 3 2022 — Les Whittington — Hill Times — Parliamentarians can expect to hear urgent requests this fall to finally do something about the shocking state of violence against women in Canada—a call for action fuelled by revelations of the repeated failures of authorities leading up to a triple femicide in Ontario. A coroner’s inquest jury looking into the preventable murders of three Ottawa […]

Apr 20 2022 — Les Whittington — Hill Times — Whatever you can say about Ontario Premier Doug Ford’s handling of the pandemic, it clearly didn’t have anything to do with equal treatment of his province’s population. It emerged last year that private schools had been huge beneficiaries when the Ford government began handing out rapid tests (paid for by federal taxpayers) as Ontarians struggled […]

How many leaders will COVID blowback claim?

Feb 16 2022 — Les Whittington — Hill Times — Eventually we’ll find out how and why the Ottawa police managed to inspire an outpouring of illegal vehicle blockades and anti-government marches around the world. Ottawa police chief Peter Sloly unfortunately was clearly the wrong person at the wrong time. He admitted the local police mishandled the insurrection in the capital but then said his […]

Crisis or not, Canada’s right-wing sticks with the politics of anger and division

Apr 22 2020 — Les Whittington — Hill Times — Despite the need for the country to pull together in this emergency, Canada’s right-wingers appear incapable of resisting a Donald Trump-style campaign of inflammatory, xenophobic hype designed to spark anger and divide Canadians. At the federal level, it’s obvious the Conservative can’t stand it that the COVID-19 crisis has deprived them of the opportunity to […]

May 10 2019 — Les Whittington — Hill Times — Conservative Leader Andrew Scheer kept joking at the press gallery dinner the other night about the persistent questions about his party’s lack of a climate-change plan six months before a federal election. Yes, yes, it’s coming, he chuckled. This while newly elected Alberta Premier Jason Kenney, now considered the leader of the right-wing “opposition” to […] 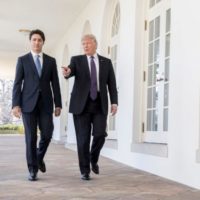 NAFTA deal in hand, Trump pulled the rug from under his own team

May 30 2018 — Les Whittington — Hill Times — Canada, the United States, and Mexico had a new NAFTA agreement in hand but U.S. President Donald Trump changed his mind about what should be in the deal and nixed it. After nine months of gruelling negotiations, the outlook for the overhaul of the 24-year-old free trade pact took a turn for the better in […] 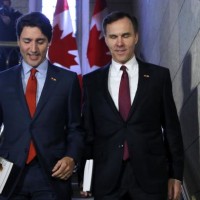 Jan 3 2016 — Les Whittington — Toronto Star — Poorer, less productive, more insecure: That’s the future for Canadians. Prime Minister Justin Trudeau’s Liberals came to power on a promise to quickly prop up an economy that has just experienced the worst year since the recession of 2009. But, regardless of how that effort goes in coming months, fixing Canada for the long term […] 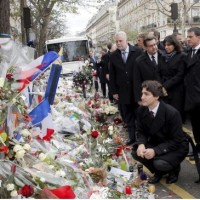 Dec 6 2015 — Les Whittington — Toronto Star — Within a month of the swearing-in ceremony at Rideau Hall, Prime Minister Justin Trudeau arrived at the make-or-break Paris climate change talks with a new message, a new style and a new co-operative spirit. Canada, which had earned a reputation as a laggard in the effort to tackle global warming, was ready to “take on […] 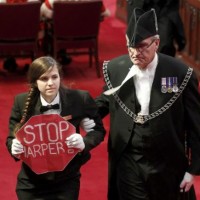 Oct 27 2015 — Les Whittington — Toronto Star — There were times over the last four years when Brigette DePape thought it might never happen. But now DePape, who as a young Senate page disrupted the reading of the government’s 2011 throne speech with a “Stop Harper” sign, is delighted voters finally turned her admonition into reality. “Ever since I was of voting age, […] 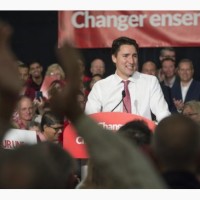 Trudeau calls on voters to end the ‘Harper decade’

Oct 17 2015 — Les Whittington — Toronto Star — Liberal Leader Justin Trudeau urged voters to end “the Harper decade” as he began a cross-country sprint that will take him from Halifax to Vancouver in the last days of the election campaign. “I think Canadians just need to look back over the last 10 years to realize that we can’t afford another 10 years […] 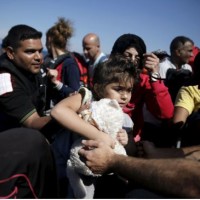 Sep 13 2015 — Les Whittington — Toronto Star — New Democrats and Liberals welcomed Ottawa’s plan to boost humanitarian aid for Syria but demanded immediate action by the Conservatives to bring in more Syrian refugees. Stephen Harper’s Conservatives, who have been under fierce pressure to address the refugee crisis, sent out International Development minister Christian Paradis to announce Ottawa will match up to $100 […] 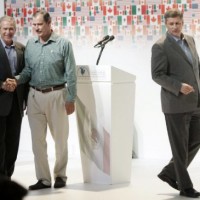 A decade of change under Harper

Aug 9 2015 — Les Whittington — Toronto Star — Shortly after the Conservatives defeated the Paul Martin-led Liberals at the polls on the night of Jan. 23, 2006, a triumphant Stephen Harper stood before a cheering crowd of supporters in Calgary. “Tonight, our great country has voted for change, and Canadians have asked our party to take the lead in delivering that change,” said […] 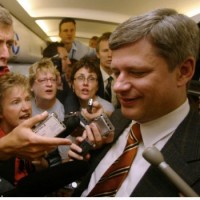 Jun 21 2015 — Les Whittington — Toronto Star — Touring the Vimy Ridge battlefield in France one day, Stephen Harper went down into one of the First World War trenches that have been preserved to give visitors a sense of what it was like there in 1917. Coming out later, the prime minister glanced at two TV photographers with their cameras pointing at him […] 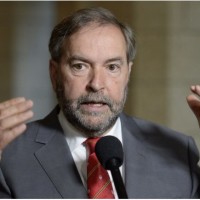 Jun 6 2015 — Les Whittington — Toronto Star — NDP Leader Thomas Mulcair says if elected he would help residents of Toronto and Vancouver cope with the crisis in skyrocketing housing costs by bringing in a tax break to encourage construction of 10,000 affordable rental units over the next 10 years. “Right across the country, Canada’s housing crunch is reaching crisis proportions,” Mulcair told […]