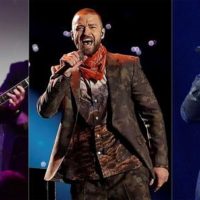 Jan 13 2021 — Mark Kennedy — NEW YORK — Tom Hanks will host a 90-minute primetime TV special celebrating the inauguration of Joe Biden as president of the United States, with performances by Justin Timberlake, Jon Bon Jovi, Demi Lovato and Ant Clemons. “I was left speechless when I was asked to perform! ” Lovato wrote on Instagram. Clemons was also […] 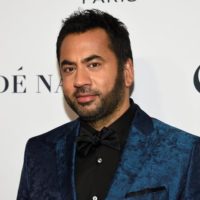 Sep 21 2020 — Mark Kennedy — Politics has been more than a little shouty of late. Actor and activist Kal Penn would quietly like to change that. “Today we have the blessing — or a curse — of being able to yell at somebody on your phone on Twitter, which of course feels fantastic sometimes but doesn’t necessarily do anything,” he […] 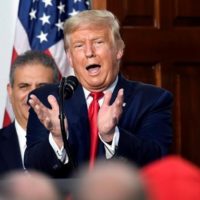 Aug 15 2020 — Mark Kennedy — NEW YORK — Newsweek has apologized for an op-ed that questioned Sen. Kamala Harris’ U.S. citizenship and her eligibility to be Joe Biden’s running mate, a false and racist conspiracy theory which President Donald Trump has not dismissed. “This op-ed is being used by some as a tool to perpetuate racism and xenophobia. We apologize,” […] 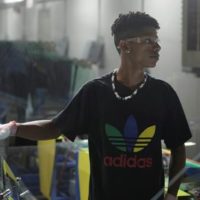 Feb 9 2020 — Mark Kennedy — NEW YORK — The Oscar for best feature-length documentary has gone to "American Factory," the first documentary released by Barack and Michelle Obama's production company. The Netflix film is about an Ohio auto glass factory that is run by a Chinese investor. It explores many issues, including the rights of workers, globalization and automation. “American […] 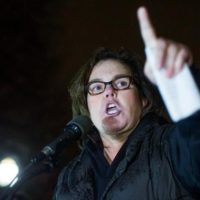 Aug 3 2018 — Mark Kennedy — NEW YORK — Rosie O'Donnell and cast members from some of Broadway's biggest musicals plan to serenade President Donald Trump on Monday — but from outside the White House in protest. The group will sing "The People's Song" from "Les Miserables," Burt Bacharach's "What the World Needs Now Is Love," ''A Brand New Day" from […] 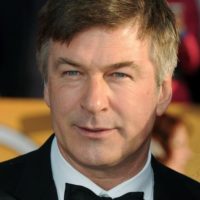 Mar 2 2018 — Mark Kennedy — NEW YORK — President Donald Trump and Alec Baldwin — his chief impersonator — traded online barbs Friday, each describing the other as causing "agony," the latest salvos in an ongoing feud between the commander in chief and the actor. Trump, who has long grumbled about the way he is portrayed by Baldwin on "Saturday […] 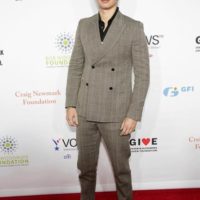 Nov 8 2017 — Mark Kennedy — NEW YORK — Some top comedians — including John Oliver, Jon Stewart, Trevor Noah and Conan O'Brien — helped raise money for military veterans Tuesday night at a raucous event at Madison Square Garden in which many of the best barbs were hurled at the current commander in chief. "It's a strange time to be […] 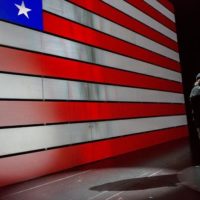 Aug 18 2017 — Mark Kennedy — NEW YORK — Things may look bleak for Democrats these days, but Michael Moore thinks he knows how they can get back on top — humour. The Academy Award-winning director of "Bowling for Columbine" who is currently starring in his one-man Broadway show says wit can be devastating — and points to Melissa McCarthy's "Saturday […] 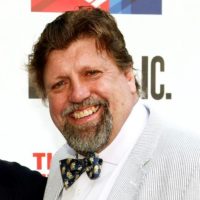 Jun 30 2017 — Mark Kennedy — NEW YORK — The theatre director who endured death threats and lost corporate sponsors after staging a Donald Trump-inspired version of "Julius Caesar" has a message to any artist fearful of facing similar backlash — don't flinch. "We can't allow ourselves to feel overwhelmed. We can't allow ourselves to feel we're completely isolated. We're not," […]

Jun 23 2017 — Mark Kennedy — NEW YORK — Johnny Depp apologized Friday for joking about assassinating Donald Trump during an appearance at a large festival in Britain, the latest example of artists using violent imagery when dealing with the president. "When was the last time an actor assassinated a president?" Depp asked the crowd at Glastonbury Festival, in reference to […]

Jun 23 2017 — Mark Kennedy — NEW YORK — Johnny Depp has sparked controversy for joking about assassinating Donald Trump during an appearance at a large festival in Britain, the latest example of artists using violent imagery when dealing with the president. "When was the last time an actor assassinated a president?" Depp asked the crowd at Glastonbury Festival, in reference […] 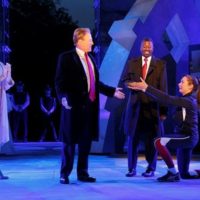 Jun 13 2017 — Mark Kennedy — The Canadian Press — NEW YORK — The Public Theater is refusing to back down after backlash over its production of "Julius Caesar" that portrays a Donald Trump-like dictator in a business suit with a long tie who gets knifed to death onstage. Delta Air Lines and Bank of America have pulled their sponsorship of the Public's version of […] 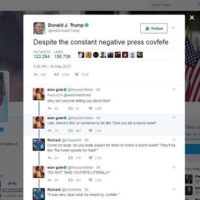 Online game Words with Friends adds ‘covfefe’ to its list

Jun 1 2017 — Mark Kennedy — NEW YORK — The popular mobile word game Words With Friends has added one of the internet's most popular typos in recent days — "covfefe." The mysterious term that President Donald Trump tweeted has spread like wildfire on social media and the Scrabble-like multiplayer game has jumped aboard, defining the word as "the amount and […] 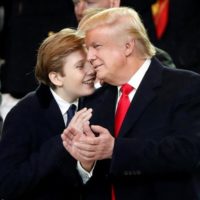 Jan 25 2017 — Mark Kennedy — NEW YORK — A "Saturday Night Live" writer has been suspended indefinitely after tweeting a poorly received joke about Donald Trump's youngest son, Barron. A person familiar with the situation but not authorized to speak publicly told The Associated Press that Katie Rich was suspended immediately after writing an offensive tweet about the 10-year-old child. […]